(Breizh-info.com) – The European Union has signed a suicidal agreement with Turkey. If the latter agrees to resume its camps in some of the immigrants who arrived several months in Europe in exchange integration process of Turkey to the EU is revived and holders of Turkish passports may well travel without now visa in the EU. Icing on the cake: The Europeans also undertake, for each Syrian referred to “resettle” in the EU another Syrian from Turkey. So there is no brake on the migratory invasion, but a selection that fits, depending on nationality. To this is added the last billion paid by Europeans to Turkey.

Since the invasion of Europe by the Ottoman Empire, hard to find traces of such submission, which moreover does not deter migrants to jump the onslaught of European coasts. Only the Central European countries seem to take the measure of what will happen in Europe. Hungary has also announced plans to close its reception centers for migrants. During the National Day (March 15), Viktor Orbán, the prime minister, delivered a particularly strong speech to all Europeans: “We will not allow others to tell us who we let in our house and in our countries with which we want to live, and with whom we will share our country. That is why we reject forced populations facilities … and we will not allow, nor blackmail nor threats. “And called for unity in Europe:” The time has come to wave the flags of proud nations, now is the time to prevent the destruction of Europe and to safeguard the future of Europe. The time has come to ask all citizens and all European nations, regardless of their political affiliation, to be united … to unite; the unity of Europe must be restored. European leaders and their citizens can not live in two separate worlds. ” We interviewed András Gyürk MEP member of Fidesz (right), the party led by Viktor Orbán, who agreed to answer exclusively the questions of Breizh-info.com.

Breizh Info: When will be held the referendum on immigration? Why have outperformed the EU on this subject ?

András Gyürk: EU leaders first decided to host quotas based on volunteerism and the interior ministers voted to mandatory quotas. According to Fidesz-KDNP alliance [governing Hungary, Ed], it is unacceptable to dispatch between European countries immigrants against the will of the designated host country. Even the quota-friendly countries do not respect the decisions taken so far regarding quotas.

Hungary has already challenged before the Court of Justice of the European Communities the decision on mandatory quotas. In legal terms, and also politically, we believe it is unacceptable that in a matter that determines such an extent the future of society, culture and European security, an unanimous decision is not required in Brussels between all member countries. This is not a simple question, but do not be afraid to ask the opinion of citizens. Indeed, because of the migration crisis and the significant effect of this on our societies, we must not make decisions without them.

The Hungarian referendum is not specifically against the decisions already taken, but it is against the mandatory installation as a spreading tool. In accordance with the procedural rules of a referendum, it will probably take place this autumn.

BI: The European Union wants to impose on Member States measures on immigration. Is this not a form of dictatorship that is taking place?

András Gyürk: The Hungarians are a nation that loves freedom, and Fidesz openly talks about the problems of the people and also what he will do to solve them. We respect that some countries see the solution in immigrants installation. That is why we are not against a system based on volunteerism. We do not agree with the immigrants installation, but we do not want to prevent other if they wish to do so.

However, we also expect others to respect our point of view, especially when we think it is bad policy because it encourages other people to come to Europe. Unfortunately, at the summit in the month of March 2016 the original project also included, in addition to people already present in Europe, installation of immigrants from Turkey. We believe we must provide assistance on site and not bring the problem to Europe.

BI: What do you think of the declaration of Viktor Orbán in his speech of February 28, 2016 that we must “stop Brussels” ?

András Gyürk: Viktor Orbán spoke of the fact that in his opinion Brussels leads a bad policy regarding the management of the migration crisis. And despite the bad experiences, she is not ready to change its policy. I think this is an honest and clear position. In September 2015, when Hungary built a fence on its border with Serbia, we received a lot of criticism from our European partners. Including the part of those who built barriers on their border thereafter.

We had a clear message: it is possible to discuss the proposed solutions only if we first make sure the borders of Schengen. We can provide an answer to the problem only if there is a border control and if we are able to stop those we would not let enter into the Schengen area. Most European and national leaders have already recognized what we said from the beginning: it is first necessary to defend the borders.

I hope that sooner or later the majority will recognize that the quota system has contrary consequences to what was desired at its introduction: instead of real refugees that are all the other migrants who will make their way to Europe.

BI: The countries of Central Europe are described as closed, reactionary by the mainstream media in the West. What do you think ? Is the West multiculturalism a model and an example for you to harmonious society ?

András Gyürk: You may be surprised if I tell you that Hungarian society is a multicultural society. There are more than a dozen ethnic groups that have their collective rights guaranteed by law and are receiving financial assistance from the Hungarian State. In Hungary there are Roma, Jewish, Romanians, Slovaks, Germans, Ukrainians, etc.

Central Europe has always been in the turmoil of history, such a through house. When they were not the people who migrated were the state borders that changed: at the scale of a human life, a person could end up in 4-5 different states without having changed place.

Our view comes from this fact: we do not question the massive immigration by fear of the unknown, but because we know how difficult it is to achieve social cohesion. During the Yugoslav wars, Hungary has hosted many refugees. This was natural, since it was our neighbors and cultural differences were not insurmountable.

Today in Hungary there are no similar tensions as in Western countries between different ethnic and cultural communities. Even if this is not an overall “harmony”, we can speak about, almost without exception, a peaceful cohabitation. We would like to keep it that way.

Since the 1990s no one is limited in his movements. Unfortunately, so many of us have seen the same thing that many Westerners: the integration of non-European immigrants in European societies is only a partial success, and in some places it has eventually came with disastrous consequences. This is not a model that we would like to follow.

András Gyürk: Greece as Hungary is part of the Schengen system. With external borders of Schengen, we have the same obligation: to control who enters the territory. This is our responsibility towards other member countries. When Hungary faced the massive influx of migrants, she has reinforced its border control: we have built a barrier, we have increased staffing control, and the government has given the green light to the deployment of the army to help to control the border.

We received concrete assistance only from the Visegrád countries [Hungary, Slovakia, Czech Republic and Poland, Ed] and now we can control our border, we help other countries along the Balkan route.

Greece for a long time did not even try to control incoming, it even refused the help offered by the Visegrád countries. It is difficult to help those who will not help themselves. The deployment of the army can help to guard the border, but the solution is not military. The only solution is to provide assistance on site and prevent these people to come to Europe. If we let into Europe several million refugees and so because of that Schengen collapses, it would be a regression, not a progress.

BI: How do you see the future of Europe?

András Gyürk: EU moves from one crisis to another. And this is not because cooperation is in deficit, nor why we should give more powers to the Union, but because Brussels systematically neglected the rules already accepted. There would have been no crisis of the euro if member countries and the European institutions had complied with financial rules.

The migration crisis would not be so important if member countries would have met the Schengen and Dublin agreements and sent back those who are not entitled to asylum. Instead of further integration we should focus on maintaining the existing acquis.

As for the future of Europe, it depends on European families. The low birth rate will lead to growing social tensions. If we promote immigration rather than the birth rate, then it will be only a matter of time before the social balance overturns. European governments should do everything to promote the birth rate. In Hungary, since the Fidesz government (ruling since 2010) it has been made many steps to remove obstacles to the birth, and we continue to expand the range of incentives for people to have children. If we can change the negative demographic trends, there is nothing to worry about the future.

This interview had been made by and published on breizh-info.com, on March 22.
Translated by Visegrád Post. 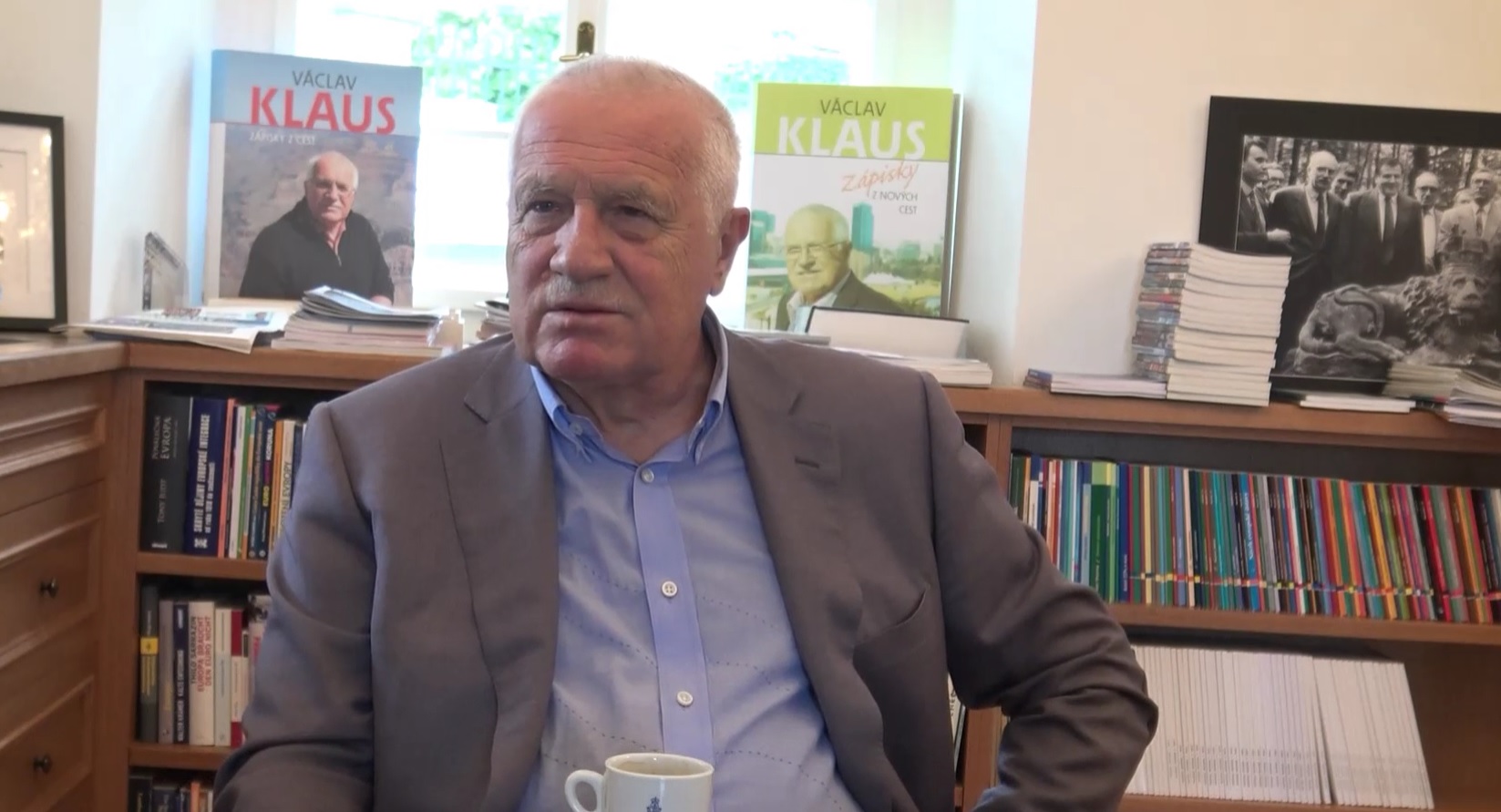 Václav Klaus: the EU is a dead end, and the Brexit could open the eyes of the people in Europe 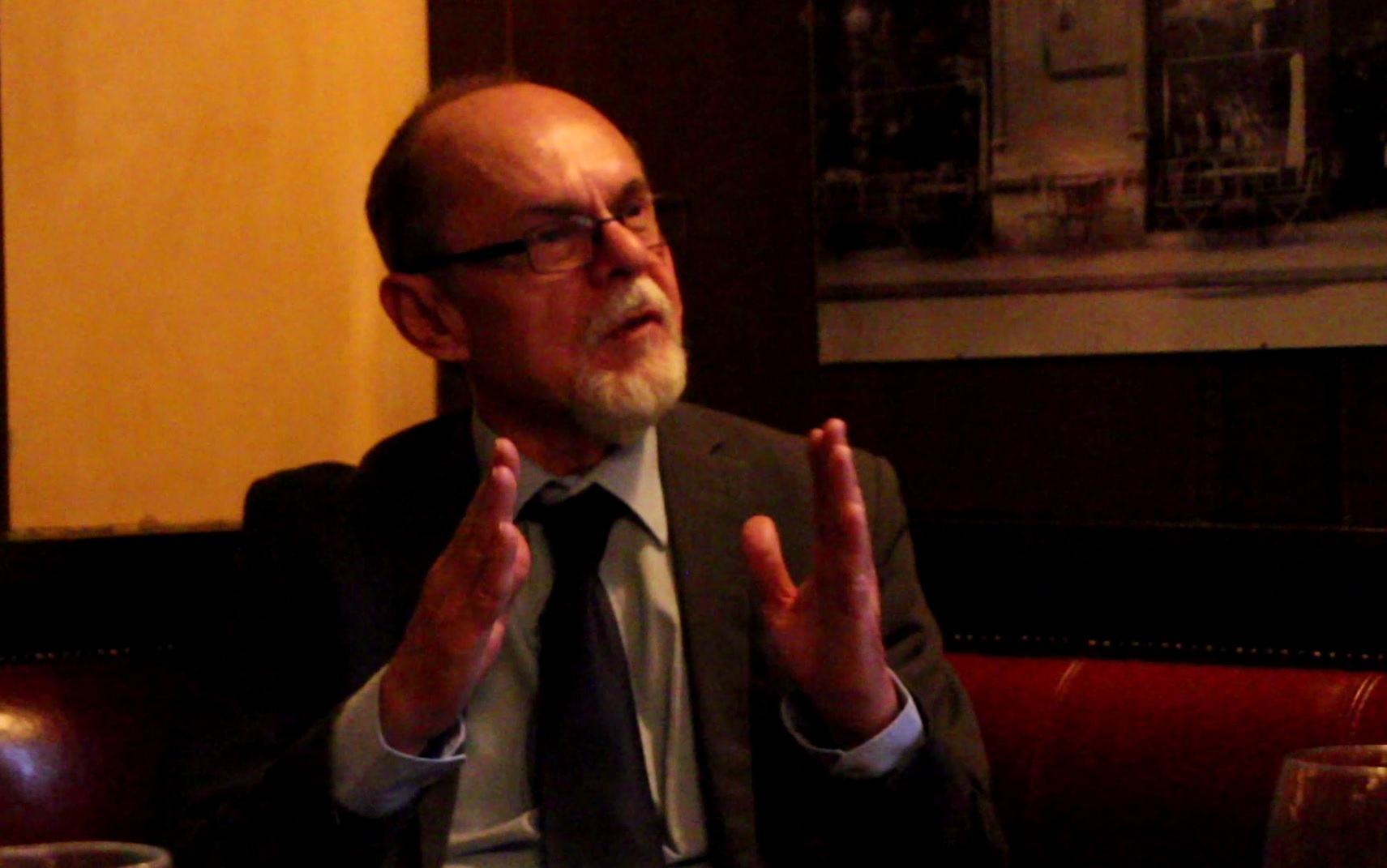 László Bogár: “They will have to unite the German, Italian and French budgets, otherwise the euro will fall” – 1/2