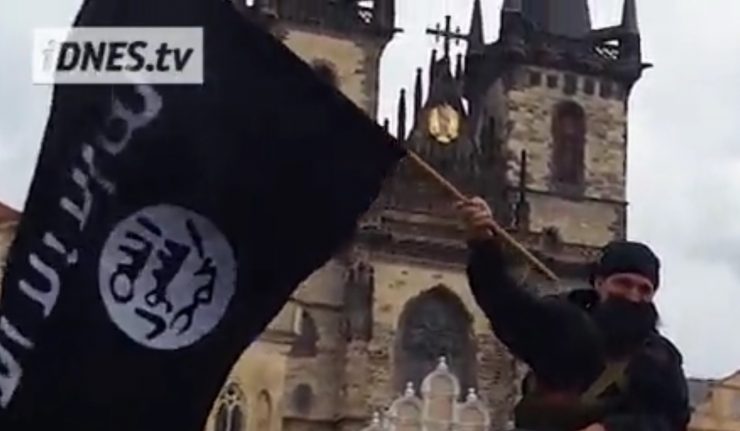 Czechia, Prague – On August 21, Czechia and Slovakia commemorate the invasion by troops of the Warsaw Pact, mainly Soviet, of Czechoslovakia in 1968.

A Czech anti-Islam activist, Martin Konvička, celebrated the event in a very special way. With the help of several accomplices, he engaged in a staging that made the front page in Czech media. In the city center, men dressed like Islamic State fighters began to shoot in the air with air guns tablets. The actors acted out the occupation of Prague by the troops of the Islamic State and explained to the crowd the new rules.

We learn in the daily MF Dnes the action has caused panic among Israeli tourists. The dramatic action particularly angered Jews, according to the boss of a Kosher restaurant, Aaron Günsberger. “The event took place near the Jewish Quarter and we perceive the threat much more strongly. A few meters from this place were Israeli tourists who experience these events in their flesh on a daily basis, so they lied on the floor. They reacted as they would in Israel. Five minutes later, the entire Israeli Twitter knew. Internationally, they caused a huge disgrace to Czech Republic. “Commented Günsberger to MF Dnes about the work of Martin Konvička. “I tried to explain to the eight supporters of M.Konvička they have the right to protest but that someone could have shoot them to defend themselves. If someone was armed and fired, then it would have not be humor. They have absolutely not understood me and tried to fight me, then the police intervened, “added Günsberger. 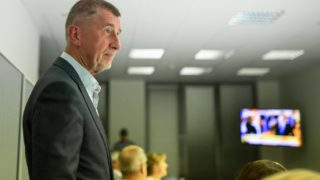 A Soros-funded NGO calls for the Czech Prime Minister, Andrej Babiš, to stand down