Hungary, Budapest – For his first bilateral visit, the new Polish Prime Minister Morawiecki traveled to Budapest to discuss with Viktor Orbán. A visit that, despite the Polish cabinet reshuffle, confirms the line common to both countries. Especially in their vision that the EU, according to the Hungarian and Polish Prime Ministers, can not make it without Central Europe.

“I believe that similarly-minded nations like ourselves together can influence Europe’s future in a very positive way,” Polish Prime Minister Morawiecki said at the press conference, making it clear about the path taken by the new Polish government: nothing changes when it comes to the Brussels authorities or vis-à-vis Hungary and the Visegrád group.

During the joint press conference, the two men both reaffirmed the major points of convergence between Poland and Hungary. On the migration issue, Morawiecki confirmed the continuation of the work of his predecessor, Ms Szydło, saying that Poland completely agrees with Hungary’s standpoint on migration.

At the same time, Viktor Orbán took advantage of the press conference to reiterate his position on the project of the Brussels’ elites. “We don’t want to live in an empire again. For us, the European Union is still the alliance of free European nations,” he said, adding that “Hungarians want Europe to remain European,”calling then to preserve and strengthen the continent’s “Christian culture”. This, while some Western countries have entered the “post-Christian and post-national era,” which they see as the future of Europe, contrary to the European vision shared by the countries of Central Europe.

The two heads of government jointly affirmed their categorical and definitive rejection of mandatory migrant quotas, adding that “the EU’s migration policy has failed spectacularly,” as said Orbán, adding that the Hungarian point of view stands in the idea of ​​protecting borders, stopping immigration, and bringing help to people who need it.

On migration, Viktor Orbán also said it was clear that “Europeans do not want immigration”. Answering a question about the possibility of an enlargement of the Visegrád group to Austria, following the formation of the new anti-immigration government, Orbán said that the V4 does not wish to formally expand, but will strengthen some cooperation with its neighbors, including Austria. “Democracy has been restored in Austria, because the Austrians, who do not want immigration, have elected a government that does not want immigration either. This will be the case everywhere in Europe. I am convinced that it is only a matter of time,” said Viktor Orbán.

Mateusz Morawiecki endorsed Viktor Orbán’s remarks, recalling that sovereign Member States must be able to choose who they accept on their territory.

The two leaders also stressed the importance of Central Europe in the European economy. “The last few years have shown that the economic models of Central Europe work. […] We add more than anyone thought back in 2004 when these countries joined the union. Back then we didn’t think that more than ten years later we can say that we are the economic engine of the EU,” said Viktor Orbán, recalling that Hungary and Poland, in particular, are strengthening the European Union and stabilize its economy.

Polish Prime Minister Morawiecki also stressed the importance of the V4 as a tool for economic and political stability in the EU. Mr Morawiecki announced that Hungary and Poland are planning to present together their vision of the next EU budget, as well as they are working on greater harmonization of their statements and views on a significant number of cases. Bilateral cooperation between Poland and Hungary will also be strengthened to develop more infrastructure, particularly in the framework of the large north-south European motorway, the Via Carpatia.

No mention however during the press conference of the threat of the Article 7 of the European Treaty, which would be used to punish Poland for alleged misconduct concerning its reform of justice or for threats to the rule of Law; Hungary has declared to automatically veto such a procedure should it come to the vote of the Member States.

At the end of this friendly meeting, Polish Prime Minister Morawiecki officially invited his Hungarian counterpart Viktor Orbán to the celebrations of the 100th anniversary of Polish independence in Warsaw in November, recalling that Poles and Hungarians “fought together over the last centuries for the freedom of both Poles and Hungarians”. 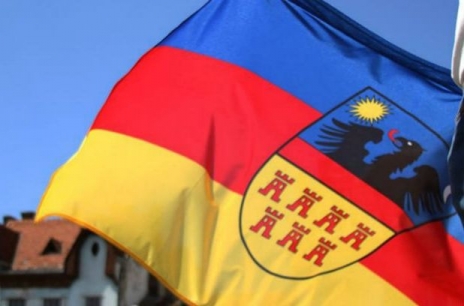 Historical Interview with Viktor Orbán: is a Budapest-Cluj-Bucharest axis in the making?