Hungary and the Schengen visas 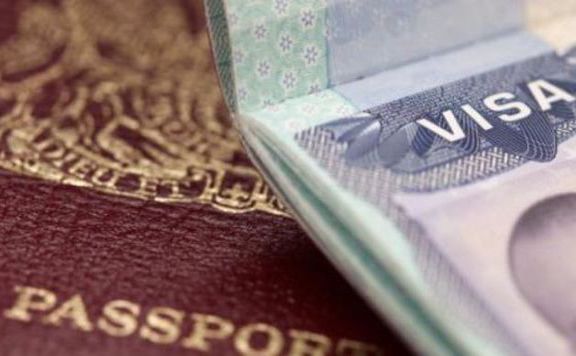 Hungary – 61,690 Russian were issued a Schengen visa at Hungarian consulates in 2017, the highest among all.

In 2017, 61,690 Russians applied for a Schengen short-stay visa to Hungarian embassies, most among other Hungary’s consulates.

According to these statistics the Hungarian embassy situated in the Russian capital, Moscow, made it to the top of the list with 46,049 Schengen uniform visa applications received in 2017. Among these applications, 45,492 applicants got their Schengen visa, with almost half (47.3% or 21,537 visa grants) of them being MEV (multiple entry visa, ed.) visa which enables a visa holder entering the zone more than once. On the other hand, 553 applications or 1.2% of the total applications at this embassy was rejected in 2017.

Ukrainian embassies, which are traditionally the most frequent spot of Schengen visa applicants willing to visit Hungary, came second and third respectively, completing this way the top three of this list.

Their diplomatic missionary office in Uzhhorod received 23,819 Schengen uniform visas in 2017, while the other one located in the capital Kyiv received 19,982 visa applications.

The embassy in Uzhhorod granted 23,552 Schengen uniform visa, including 20,893 visas or 88.7% of total visa grants at this consulate being MEV visas. The other Ukrainian embassy located in Kyiv granted 19,680 Schengen uniform visas. Visa denials at this embassy shared only 0.9% of the total applications received.

The embassy in Kyiv issued 19,680 Schengen uniform visas in 2017. In contrast to the previously mentioned Ukrainian embassy, more than half (54% or 10,625) of visa grants at this consulate was MEV visas. Also, despite counting less received applications, this embassy rejected a larger number of visa applications. In 2017, 267 applicants were denied a Schengen visa to Hungary representing 1.3% of the total applications recorded at this consulate.

The percentage of Schengen visa denials at the Hungarian embassies increased slightly last year. While in 2016, 10,325 people out of 295,226 visa applicants got rejected, meaning a portion of only 3.5% of the total applicants failed to get a visa. Next year, the refusal percentage at these consulates grew at 5.3% (14,106 visa denials out of 263,940 visa applications).

The Hungarian embassy located in Algeria refused the highest number of Schengen visa applications. Exactly 1,989 applicants at this consulate were denied a visa in 2017. Surprisingly, these unsuccessful applicants accounted for the majority (64%) of the applications recorded at this embassy.

Tags:Ella WoreheadhungaryRussiaschengenvisa
previous article
Sargentini Report: what’s next? Consequences and Analysis of the votes
next article
All Quiet on the Western Front. What About the East?