Poland/Ukraine – With the war in Ukraine triggered by Russia’s invasion having been going on for nearly a fortnight, Poland, Ukraine’s main supporter in the European Union and the Atlantic Alliance, indicated on Tuesday its willingness to hand over all of its MiG-29 fighter jets to NATO for them to be then delivered to Ukraine.

For over a week, the Americans had been suggesting the Poles could give their MiG-29s to the Ukrainians in exchange for F-16s. The Ukrainian authorities had claimed they were soon going to receive Soviet-made MiG-29s and Su-25s, which Ukrainian pilots know how to fly, from Poland, Slovakia and Bulgaria. This came after a statement to that effect – on which the main interested parties had not been consulted – made by the EU representative for foreign affairs, Josep Borrell of Spain, on 27 February. At first, the Poles firmly denied this, especially as some reports, including in the Polish media, contained the idea that Poland would allow Ukrainian pilots to use military airports in Poland, which would inevitably drag Poland into the war between Russia and Ukraine. The idea of handing over MiGs to Ukraine had never been formulated in Warsaw and the whole thing looked very much like a hoax.

“We are not sending our planes because that would mean military interference in the conflict in Ukraine”, Polish President Andrzej Duda said on 1 March to cut short the growing polemic. Duda’s version was quickly confirmed by the Morawiecki government’s spokesman.

However, it was said in the following days that the Americans were insisting they were ready to supply F-16s to replace the MiG-29s delivered to Ukraine by its allies on the eastern flank of NATO. According to Reuters, Secretary of State Antony Blinken spoke about this during a visit to Moldova. Blinken later said on television that the U.S. had given “the green light” to NATO countries that wished to supply fighter planes to Ukraine. The Poles were not too much in favour of this idea, but the pressure was on.

This is why the Polish government, which was not against such military aid to Ukraine in principle, but was afraid of finding itself alone against the Russian Bear (still having the memory of September 1939 in mind), found a way to involve the United States and even NATO in such an operation, if it were to take place.

Poland ready to hand over MiG-29s to U.S.

Taking the Americans by surprise, the Polish Foreign Ministry issued a statement on Tuesday, saying that “the authorities of the Republic of Poland, after consultations with the president and the government(…),

are prepared to immediately move all their MiG-29 aircraft to Ramstein base [in Germany, ed.] free of charge and make them available to the U.S. government.

At the same time, Poland is asking the United States to provide it with used aircraft of similar operational capability. Poland is ready to immediately establish the conditions for the purchase of these aircraft. The Polish government is also asking other NATO countries that own MiG-29 aircraft to take similar measures.”

For the record, Poland currently has 33 operational MiG-29 aircraft (12 purchased new at the time from the USSR, 10 purchased from the Czech Republic, and 11 out of an original 22 purchased from Germany). Among other NATO members, Bulgaria, Slovakia, and the United States have 15, 21, and 32 aircraft respectively – making a total of 101 aircraft that could quickly reinforce the Ukrainian air force.

Fears of retaliation from Russia

For national security reasons – Poland fearing reprisals from Russia, as the Russian–Ukrainian war is partly taking place directly on its border – the Warsaw authorities were not keen on delivering these aircraft to the Ukrainian air force themselves, but were ready to carry out such an operation through the United States and with the involvement of other NATO members.

“decisions on the supply of offensive weapons must be taken unanimously within NATO.

We cannot take independent action because we are not a party to this war. It should be emphasized that

neither Poland nor NATO is involved in this war.”

The U.S. wanted Poland to go it alone

Kirby said the idea put forward by Poland was too risky, as the U.S. and NATO were trying to avoid an open conflict between the Alliance and Russia.

CNN reported that President Joe Biden’s administration was taken off guard by the Polish offer to hand over its MiG-29 fighters. According to the American television channel, the Polish proposal had not been discussed with the United States before it was made public, and Polish officials did not bring it up during meetings with U.S. Secretary of State Antony Blinken during his recent trip to Poland.

In unofficial discussions, U.S. officials admitted that the scenario of sending military aircraft into Ukraine was being considered, but stressed the logistical challenges involved in Poland’s proposal.

Photo : Wikimedia / Ministry of Defense of Ukraine (CC BY 4.0) - https://armyinform.com.ua/2020/05/pershe-mizhnarodne-aviashou-ukrayinskyh-lotchykiv/Tags: MiG-29NATOpolandRussiaukraineUSAWar in Ukraine 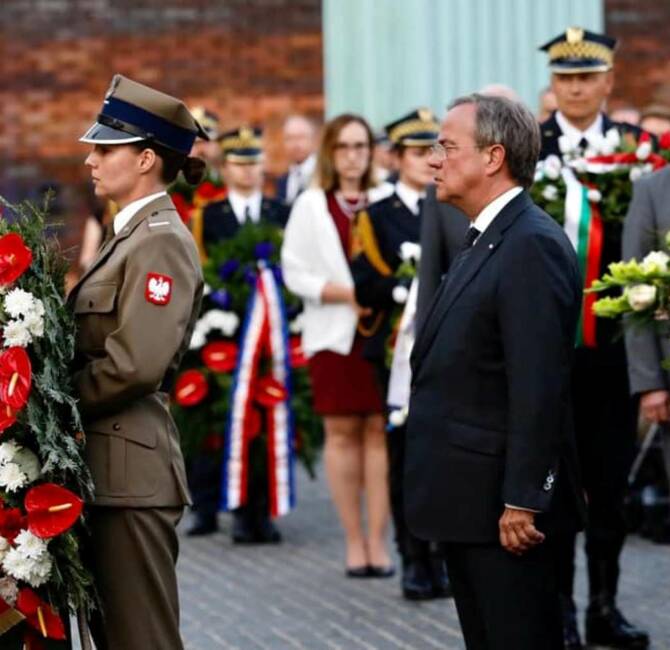 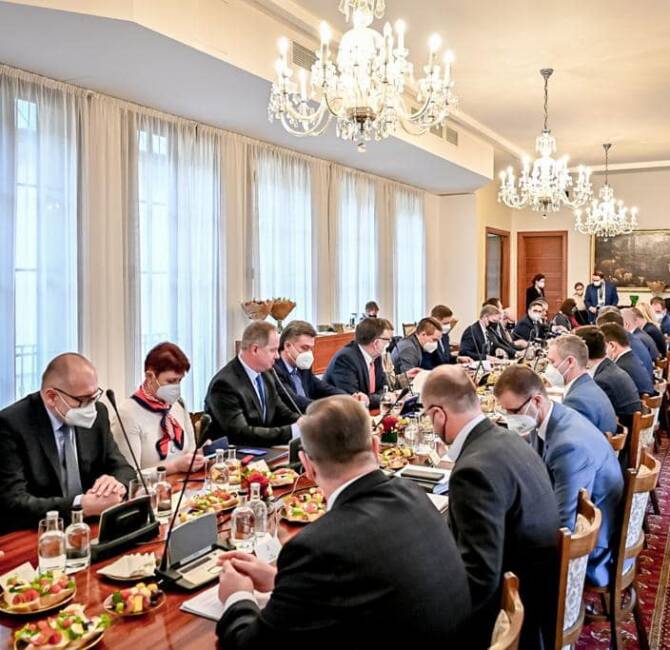