Václav Klaus’ 19 May speech at the CPAC in Budapest, Hungary. Václav Klaus was President of the Czech Republic in the years 2003–13 and Prime Minister from 1993 to 1998. He was speaking at the American Conservative Political Action Conference (CPAC) which is gathering dozens of prominent conservatives from the United States, Europe, and elsewhere and is being held for the first time in Europe.

It is great that we, defenders, advocates and exponents of conservatism, can meet in the beautiful city of Budapest and – what is not less important – meet without masks, face to face, not by means of Zoom, Skype or similar platforms, as it used to be the case in the last two Covid years.

We have come to Budapest in a difficult moment of history when there is an ugly war going on not far from here. This war has not only killed thousands of people but has also changed the fundamental aspects of post-WW2 international arrangements and with them the atmosphere in the whole world. It is, no doubt, a tragic, unjustifiable and inexcusable war, a war with tens of thousands direct and hundreds of thousands indirect victims, a war, which has brought about huge, almost incalculable material damage. The resulting distrust among nations will be difficult to eliminate.

It will have huge and not easily reversible consequences not only for the countries involved in the fighting, for us neighbours, or almost neighbours, and for the whole world community. It will disrupt many aspects of the way, style and lightness of life that we –here, in Central Europe – took for granted after the fall of communism and are not mentally prepared to lose.

We shouldn’t forget to express our gratitude to the organizers of this gathering – the Hungarian Centre for Fundamental Rights and the American Conservative Union Foundation – for making this meeting of true believers in conservatism and conservative ideas possible, for bringing together people for whom freedom of expression is a top priority, people, who – in spite of their strong convictions – respect plurality of views and political stances, people who are resolute opponents of the ongoing progressivist counterrevolution.

Putting this gathering together was certainly not easy, not just for organizational and financial reasons. In many places of “new”, diversity of views not loving, political correctness and uniformity promoting Europe, a similar event wouldn’t have been possible. Once again, many thanks.

The ongoing war on the territory of Ukraine proves once again that all wars lead to the suppression of freedom, to the restraining of democracy, to the explosion of lies and propaganda, to the increasing control and regulation of all kinds of human activities, to the extensive blocking of the functioning of markets, to the rise of etatism and state interventionism. This is exactly what we are witnessing these days, and not only in the countries where the fighting is taking place. The conservatives should stand at the forefront of those who oppose it.

Dear Hungarian friends, in contrast to the recent flood of mostly negative news, there came an extremely positive one from your country about six weeks ago. What I have in mind are the results of the Hungarian parliamentary elections. In the last era, in the majority of countries of the Western world, people with our views and stances have mostly experienced electoral defeats. Hungarian victory was a much needed change to this trend. Your country demonstrated that a victory of a conservative politician and of conservative policy is possible. It is an inspiration for all of us.

The first Conservative Political Action Conference taking place in Europe should be devoted to discussion, defence and promotion of the conservative values and principles. The term “conservative” is absolutely fundamental for us.

Soon after the fall of communism, already more than 30 years now, I managed to found a political party in my country, then Czechoslovakia, now the Czech Republic, based on ideas, which – I believe – deserve to be called conservative.

As newcomers to the free Western world, we did not dare call our party “conservative” for two reasons. First, due to our enormous respect for Margaret Thatcher and the British Conservative Party, and second, because the term “conservative” was in the countries of Central and Eastern Europe reserved for old communist apparatchiks who were still dreaming of the possibility to “conserve” communism. My party won the first two free parliamentary elections and played a crucial role in replacing an authoritarian regime with a democratic one.

We took it as a proof that a victory of freedom and democracy is possible. We were fascinated by the rapid success of radical changes in the main aspects of our political and economic systems but we didn’t expect their equally rapid erosion that we are witnessing now. The contemporary, more or less socialist post-democratic world, connected with an aggressively immodest and almost anarchic “woke” progressivism, with an arrogant cancel culture and the almost unimaginable excesses of the gender revolution is the opposite to the world we wanted to build.

I feel more and more frustrated that in today’s world our ideas are visibly on the retreat. We shouldn’t have false and naive expectations. We should know that this retreat will be difficult to stop.

How did it happen? Was it because our old, well-defined and widely accepted conservative ideas have become obsolete, inappropriate, perhaps inapplicable in the current brave new world, which is still waiting for its newly born Huxleys and Orwells? Do we, therefore, have to renew, modernise, reformulate these ideas? Or do we “only” have to return to them?

My answer to this question is simple and rather modest: I believe it is sufficient to return to them. However, to do so would be a revolutionary achievement – not only due to the undeniable strength of our opponents and enemies, as it is being often argued.

I see many problems and inconsistencies on our side. Our conservative ideas have not been sufficiently exposed and promoted for a long time – at least since the 1960s, since the barricades in Paris in 1968 and the Students for Democratic Society in America. The problem was magnified by the evident passivity of conservative thinkers after the fall of communism when the Western world naively accepted Fukuyama’s “end of history” thesis and became unjustifiably self-assured that ideas survive, function and win without being constantly defended and promoted.

The losses I see are both in the field of ideas and in the radically changed institutional arrangements of the Western world, especially here in Europe. In the field of ideology, I see main changes to the worse in the following fields:

It has its institutional side as well. All these changes have been made possible by the denial of the dominant role of nation states in the structuring of human society and by the growing role of international organizations and institutions. The move towards global, and subglobal, which means European, governance has led to the suppression of the only efficient guarantor of democracy, of the nation state.

Sovereign nation-states have ceased to be a fundamental political unit of international affairs. The existing model of the European integration process, in which integration turned into unification and European-wide centralization of decision-making, and in which liberalization turned into harmonization, standardization and uniformity, has become the main vehicle for the loss of conservative way of thinking in our part of the world.

We have been on the defensive for a long time. A self-confident offensive based on the conviction that ideas matter and that conservative ideas are their fundamental and irreplaceable part must be started. There is a desperate need to defend the very fragile West from its internal intellectual enemies. It’s not only in Hungary that we have to fight the growing role of the exponents of Homo Sorosensus and the rise of cosmopolitan elites.

We shouldn’t allow progressivists dominate current politics, media and education system. James Burnham once said that “civilizations die only by suicide”. I am afraid our lack of activity could easily lead to such an end. As I said before, the fall of communism and the end of the Cold War undermined the previous consciousness and alertness.

The same mistake shouldn’t be made again. Conservatism has never meant an a priori rejection of fundamental changes and of a radical discontinuity with the past. I am certainly not the only one who feels that we have arrived at a turning point. We must actively start defending and promoting ideas we inherited from our predecessors. I am convinced our conference will be one of the significant accelerators of a fundamental change. 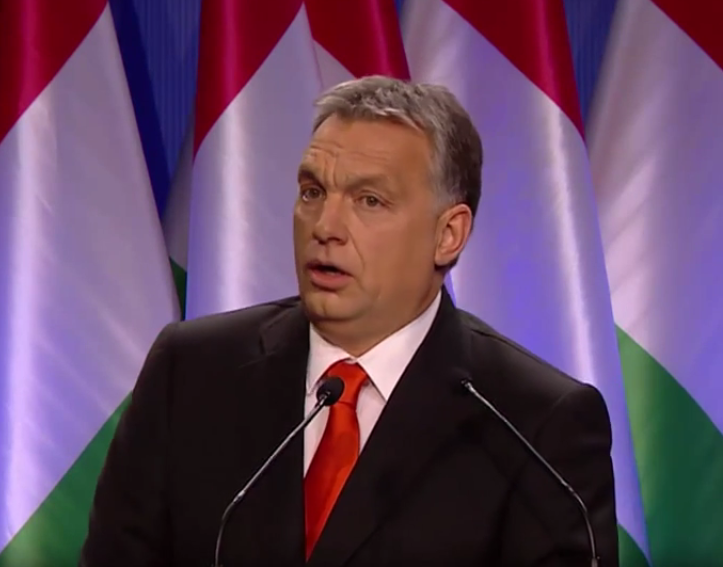 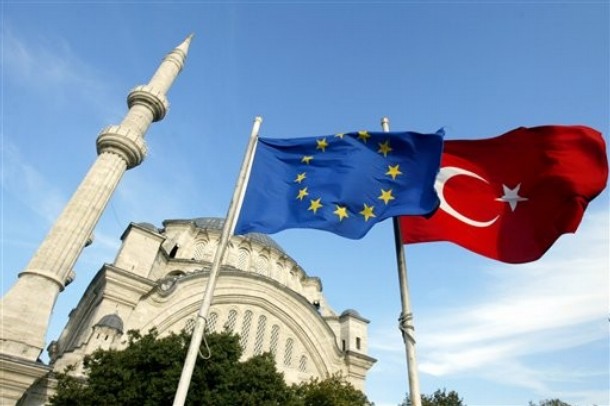 Austria against Turkey in the EU