By Gabor Toth, President of the V4-China association.

Visegrad Group – In the recent years, the international media has helped make the profile of the V4 rise significantly. It is fair to say that the V4 have never been so important and well-known around the world as nowadays. But why is that? This formation has been around since 1335! In its modern form, it has been active since its resurrection in the 1990s. So how come we haven’t really heard about it until about 2015-16?
And why the fuss about the V4, especially in European politics?

The story goes back to 2015, when a great number of both refugees and migrants mainly from the Middle East and Africa arrived at the borders of Hungary. They wanted to pass through, so they can go to Germany, Sweden and other western European countries. The Hungarian government did not allow this, saying that entering the territory of the EU can only be done legally, based on the existing treaties. The other three V4 countries quickly joined Hungary’s position, while some of the western countries criticized Hungary for the move.

As the burden of the crisis became heavier, the profile of the V4’s stance grew stronger. Today, only two years later, the situation has escalated so much that many experts see the V4, being the leading formation of CEE, as the only viable and strong enough opposition to the politics of Western Europe. A very clear divide has taken shape between East and West. To the west, countries that have accepted migration and multiculturalism, to the east, countries that wish to remain as they have always been. To the west, countries that are abandoning the idea of nation states and Christianity as the foundation of Europe, to the east, countries that want to stick to this foundation. Of course, this is not that simple, but these are the basic differences between the two sides.

In other words, the V4, lead by Viktor Orban, the Hungarian prime minister, have emerged as representatives of a future Europe that keeps its traditions, historic background and spiritual foundation, while some western countries, such as France, Belgium and Holland represent a future Europe with mixed societies and a way of life based on a progressive idea that the continent can be great without clearly separated nation states and many different religions can coexist, because it has happened in other places before, such as the United States.

But what will the peoples of Europe choose? Or is it really a choice they face?

History has the answer, and it is clear.

Europe and its people cannot and will not simply erase or even compromise their Christian roots and national pride. It is foolish for anyone to think that they will. It is rooted too deep in their genes, their traditions, even in their everyday habits…

This article does not mean to judge who is right or wrong. These are facts of history and those of us that live on this continent know it, even if this is something we don’t think about on a daily basis. However, when European people feel that their way of life and long spiritual foundations are questioned or even threatened, they raise their voice. This has been going on since the end of 2015, and it’s been getting more and more vocal. All eyes on Italy and Germany now. Will they take the position of the V4 and Viktor Orban? Those that say they will not, are likely to lose their bet, because all indicators show that the “opposing” side cannot come up with a clear vision for a future Europe where all peoples can live in peace and prosperity without having to change their foundations drastically. And even if that side did have a clear alternative, chances are high that the peoples of Europe would reject it, because in their mind Europe can hardly be greater than it was in those times when it was leading the world…

In football, there’s a saying: “don’t change a winning team”. Europeans love football, but more importantly, this is the way they think about being a collection of strong, Christian nation states, too. They have absolutely no reason to change their ancient, winning formula.

Interestingly, however, some western countries call for a “United States of Europe”, which is considered by some to be the alternative to the V4’s position.

But this is not entirely true, because individually strong, Christian nation states must also find a way to unite and work out a way to organize themselves into a strong, unified block. Europe is crying for a strong leader to finally get it out of the rut it’s been stuck in for a long period now. With troubles mounting on the borders of Europe and inside as well, this becomes more and more essential. Especially, if military conflicts escalate around her borders.

We can predict, that the dispute between East and West may very easily be settled in a way that Europe will turn back to its original strength by becoming a “United States of Europe”, but not at all the way some western countries imagine it, instead, as an empire of strong nation states, coordinated by the already existing, soon-to-be drastically reformed European institutions, such as the Council and the Committee. The issue is NOT with the way the EU was born and developed. It is with the way it is organized and lead.

Weak leadership and governing without a solid ideological foundation that people agree with is what’s causing the difficulties the EU is facing. Reorganizing the institutional system and placing strong leaders in their top seats, with a Council president, given that the council goes back to being the strongest of the three main institutions, which it was always meant to be. Recognizing that Christianity will make Europe great again, and instead of fighting it, using it as a starting point to reestablish the relationship of church and state, bringing back the “winning formula”. These are the steps Europe is going to take, if it follows the clear pattern of history.

Time will tell how quickly the so-called “Hungarian model” (having found a modern way of church and state relations) will spread further, but the process has begun and is speeding up notably.

The next question is Europe’s future partners in trade, because this major resurrection of the “old” Europe means a totally new alliance system as well. As power shifts from the West to the East, China’s new silk road seems to be the clear alternative. China needs a strong Europe, and Europe needs China, and the “One belt, One Road” initiative presents itself as this new alliance system with the potential to make Europe great again.
Moreover, China’s approach toward CEE countries is also evident, with the 16+1 platform and several projects already underway.

Interestingly, the V4 are in an historic position, because they hold the key to Europe’s revival, as well as the success of the 16+1. Hungary holds the presidency of the V4 until July 2018, which gives a significant advantage to the Hungarian prime minister, Viktor Orban, who is considered to be the leader of the conservative camp in Europe, and considered to be the most friendly and pragmatic leader in Europe by the Chinese.
Ironically, the “United States of Europe” that Mr. Schulz talked about would also need a strong leader, and today, there is simply no match to the success of Mr. Orban as a politician in the EU, so even if the people voted for a European President, it would not be surprising at all, if they voted for him. Of course, this is not what Mr. Schulz or other EU leaders would be happy about. While current EU leaders struggle to find solutions to their problems, something powerful is happening in the eastern front. The V4 have started to build the new Silk Road, and China appreciates this enormously.

In the coming years, as the divide between western and eastern Europe deepens, watch for the rapidly developing sentiment, that opening to the East is what will provide the solution. 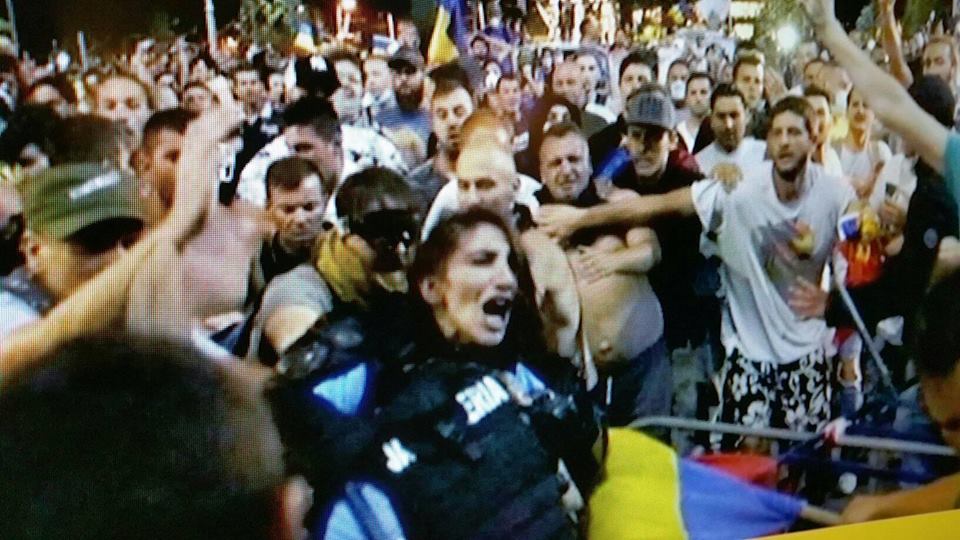 Romania: Who is Trying to Shut whose Mouth and with What?

100 years of Czech(-oslovak) autonomy. Our national mantra should reflect the sovereignty