Romania – Further installment in the case of the Marosvásárhely / Târgu-Mureş Hungarian Catholic High School: the law which makes possible the functioning of this institution – which for a number of years has been at the center of a controversy which we have previously reported on – just came (on February 13) under attack before the Romanian Constitutional Court. Nothing new under the sun of “inter-ethnic rivalries”? This is what many people will believe after reading only headlines – even in Hungary, where, despite a potential reservoir of one million bilingual correspondents / interpreters (the Hungarian minority in Transylvania), the general public, for its information about Romania, depends in reality on a handful of “experts” who are often careless or even “curiously selective” in the choice of what they will or will not translate for their monolingual compatriots.

First surprise: the identity of the complainant. The appeal was lodged by members of two right-wing parties: on the one hand, the National Liberal Party of President Johannis, himself a Saxon of Transylvania, and who had so well known how to play the “minority chord” to soften an already complicit Western press and cash in on ballots from citizens of Hungarian ethnicity in the elections that brought him to power; this party is also going through a socio-territorial restructuring consisting of retreating, or even disappearing, in some of its old strongholds in Central Transylvania and Wallachia, to refocus on the “northern neo-Protestant crescent” (Northern Transylvania and Northern Moldova), while the control of the neo-Protestant networks on its hierarchy becomes less and less discreet. In this region of the world where we are often told (despite a story already rich in counter-examples) that the main “religious fault-line” is the one between Eastern Christianity (Orthodoxy) and Western Christianity (Catholicism + Hungarian Calvinists and Lutheran Saxons), what can we see now? A neo-Protestant Romanian party attacking the existence of a Hungarian Catholic school, defended by the Romanian PSD (which enjoys the unofficial preferences of the Orthodox Church) in the context of its alliance in course of solidification with the Hungarian FIDESZ regime of V. Orbán (himself … a Calvinist!). Even if religion remains a strong marker of identity in this region of the world, it is, in the present case, quite obvious that the reality is a little more complex than the clichés served up by the usual “Balkanologue” experts.

The other complainant is the tiny People’s Movement Party (PMP), nominally on the right and almost devoid of any other program than serving as an institutional setting for the survival of the former duce Traian Băsescu, whose politico-mafia network (reminiscent of the last handful of worshipers surrounding his “Orange Wave” companion, poor Mr. Saakashvili), woven with very concrete interests, – as could be expected – is enduring a bit better over time than Băsescu’s dwindling electoral popularity. Yes, that same Băsescu who once liked to appear alongside V. Orbán, and let him give away Hungarian passports in Transylvania (while he filled the Republic of Moldova with Romanian passports).

The mystery, to tell the truth, is not very mysterious: now that Orbán no longer enjoys the blessing of his American neo-con bosses, Băsescu has no reason to spare him, and in his total political cynicism, on the contrary, has every interest in gripping the perch of magyarophobic resentment – if for no other reasons, then simply to prevent his rival Johannis from harvesting all the fruits of such a beautiful culture.

This reversal of the situation, however, does administer a salutary cold shower to all those who – especially among the urban elites of the Hungarian minority – then considered it natural that the representatives of the “pro-European right”, i.e. of the so-called “Progress”, unite against a chauvinism which – in Romania at least, because of still fresh memories of the “national-communist” phase of the previous regime – was spontaneously associated with socialism in the series of “cultural archaisms” (a cliché which the #rezist “movement” continues to use and abuse as part of its street activism against the legitimately elected PSD-ALDE government in Bucharest).

Listen to them, now, these heroes of capitalist modernity and Euro-Atlantic integration – speaking in the words of Eugen Tomac, a young PMP MP (but also a historian specializing in the United States):

“During the Centenary Year of the Union [of Transylvania and Old Romania], Hungarian ambitions to humiliate Romanians must be restrained, not encouraged.”

It may be difficult to understand how the operation of a Catholic high school in the Hungarian language for Hungarian-speaking Catholic schoolchildren (who also happen to be Romanian citizens) could or should “humiliate the Romanians”; obviously, even many Romanians have a lot of trouble understanding it, since the compromise found in favor of this high school by L. Dragnea with V. Orbán has hardly stirred any discontent in the ranks of a PSD yet rich in nationalist factions. On the other hand, it is easy to understand that agents of the neo-con lobby, especially when their internal political career is not triumphant, are willing to do almost anything to torpedo the rapprochement in progress between Romania and the Visegrad Group – even infesting their own society with the seeds of a potential ethnic civil war.

Holder of a master’s degree in “communication techniques and social influence” and former member of the board of directors of E.on Ruhrgaz Romania (who won the monopoly of gas distribution in Transylvania: Romanian quality at a German price), his colleague from the PNL, Florin Roman (the other author of the appeal) also had a nice comment to make, the evangelical wisdom of which his numerous neo-Protestant party comrades will surely appreciate:

Accusing [!] the Hungarian government of subsidizing Hungarian schools in Romania, thus making them financially able to provide one hot meal a day to their pupils, he concludes that “in practice we are witnessing the magyarization of Romanian children from poor families”.

Himself a Transylvanian, elected on the lists of the Alba county, where the Hungarians are a tiny minority and have scarcely enough schools for their few children to attend, the “journalist” (a profession particularly appreciated by infiltrators from the Romanian Intelligence Service) and MP Florin Roman knows full well that he is lying and promoting ethnic dissension in his own country.

Nothing particularly surprising for those who know how, in neighboring Ukraine, the fabric of society was progressively dissolved, which eventually led to the current catastrophe. Many analysts have emphasized the role played, in this process of social decay, by the neo-Protestant sects, abundantly financed by transatlantic sources.

Nothing really new, either, for anyone who knows the history of modern Romania before the rather exotic parenthesis opened by the regime of N. Ceauşescu: discreetly inspired and stoked by the tutelary economic powers of Romania (at that time: England, France and Germany / Austria), the Romanian nationalism served above all to ward off the specter of a holy union of the Orthodox nations around Russia – but incidentally also to be able to hold in check a Hungarian ally whose docility and fidelity aroused (as it also does now!) many worries. Divide and impera: yesterday against the Springtime of the Peoples (the 170th anniversary of which Hungarians will celebrate on March 15), today against Visegrad. 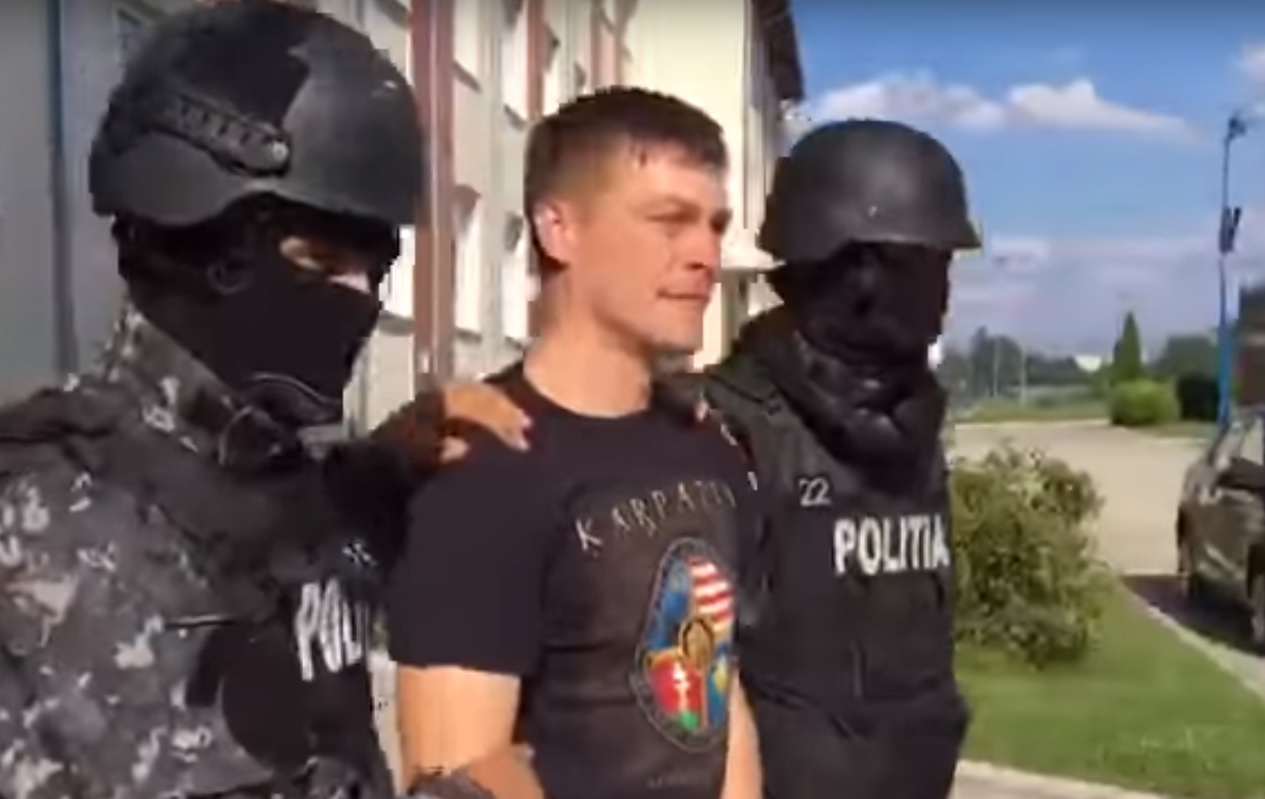 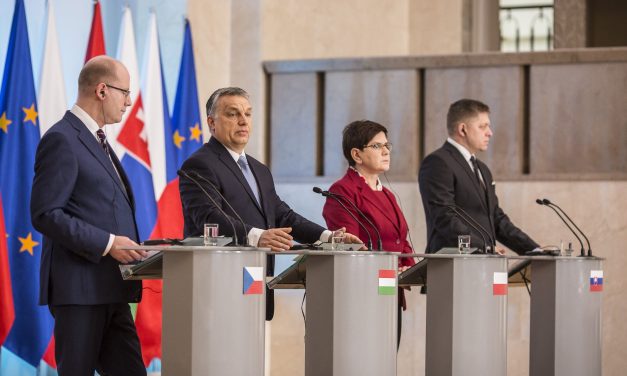 The Visegrád Group Will Not Yield to Blackmail, and Hungary Strengthens Anti-Immigration Policy