Matteo Salvini has joined the Draghi regime in Italy and appears to be embracing the EU establishment, at least for now. Is this a permanent makeover for Lega and Salvini, or a strategic move for the future?

A senior party official says Salvini and Lega to “clear it’s name”? From what, we ask?

Very strange things are happening in Italy. Something smells rotten and one can surmise where it is coming from.

All but one major party in Italy is aligned with the new ‘unity’ government headed by this God-like Eurocrat (Super EU Mario) who apparently ‘walks on water’.

This is not healthy, but the insiders of Lega (I believe more than Salvini himself) were obviously heavily influenced by the EPP’s Forza (political charlatans such as Berlusconi and Tajani) and bent on appeasing the EU establishment.

Salvini’s immediate response was to keep Draghi at arm’s length and push instead for early elections. With such upheaval over the last year, why not let the people decide?

Sources say members of Salvini’s inner circle, including moderate Giancarlo Giorgetti, who is a friend of Draghi, saw it as a golden opportunity to hit the reset button.

“The League wants to join Draghi in order to clear its name in Europe, to get rid of its reputation as a Eurosceptic party,” a senior League source told Reuters.

To clear its name? Do they mean to “clear the name” of the party that won the last EU elections in Italy in a landslide or the one on top in the national polls now (although Lega is losing support to Georgia Meloni’s FdI).

Is that how it works, one has to sell its soul to be in lockstep with EU groupthink? This sounds like the Horst Seehofer-CSU poodle strategy in Germany.

The insiders of Salvini’s Lega have even received praise from the far-left Huffington Post…since they are EU certified now.

It’s one thing to play ball, but quite another to elevate the circus to this level, where they are now apparently in support of an EU-wide migration plan crafted by Germany and the EU’s Ylva Johannson (from Sweden)… a scheme that will enshrine endless relocation and commit the EU to mass migration.

Listen to the new EU Salvini: “On the issue of immigration, we will propose the adoption of European legislation…It is good for us that immigration in Italy is treated as it is treated in France and Germany, with the same rules.”

Salvini, the same patriot who once railed against Brussels and called for closed ports and zero landings, seems to be embracing EU solidarity on migration as the price to pay to be in the game. Kissing EU arse never tasted so good.

For a man who once labelled his opponents as “armchairs”, Salvini seems to be falling in line with the establishment himself.

Yet, what have EU technocrats, Merkel’s EPP Party and Draghi’s euro done for Italy over the last 20 years? Italy’s economy is in shambles and it is now an EU plebe state, dependent on Brussels.

There is nothing wrong with constructive, minor adjustments and all need to embrace change… but this renouncing of one’s past is over the top.

Meanwhile, Meloni of the FdI and ECR Group in Brussels is now the only major opposition in Italy. She labelled it a “patriotic opposition”. There is nothing wrong with opposition status, where one is free to criticize the ruling party on certain issues (or praise it) to distinguish itself from the others? Lega did not rise to national prominence with a pro-EU platform and are not only risking dividing its base but also the success of the right in future elections.

The opposition does play a vital role in any healthy democracy and keeps the ruling government in check. That’s what it is for and it’s a shame that Lega has chosen to be just another “armchair” in this left-leaning unity government with the same extreme pro-migration interior minister. (Salvini’s Facebook page has suddenly even changed its narrative).

But let’s put this into perspective: My sense is that Matteo Salvini is a sincere man (maybe I am wrong, but he seems different than an Andrej Babiš or Sebastian Kurz) but he is obviously being pressured by some others in Lega anxious to blend in with establishment parties that have caused immense damage to Europe on many fronts? How do they plan to revitalize Italy with the same forces that helped to decimate the country?

I was shocked by some of the statements from League insiders… just shocked at how easily they renounced their past in order to “modernize”.

However, there may be another factor at play here. Matteo Salvini’s trail over his defense of the borders as Interior Minister (the opposition shamelessly claimed that he had held the illegal migrants hostage by denying entry) was delayed until March 20. If convicted, which would set a dangerous precedent for other anti-migration leaders in Europe, he cannot serve and may face prison time.

Personally, I do not think that Salvini is doing this for himself and truly believe he stands by his prior decision not to grant entry, which benefited all in EU (for which he was abandoned by other so-called anti migration leaders in EU). But the question here is if his possible conviction had anything to do with Lega officials pressuring him to join the government beforehand? Are Lega officials, with their sudden change of tactics, attempting to cover their own careers if Salvini is convicted.

Another fear is that this new coalition tries to blackball and isolate Meloni’s party going forward, or to sabotage the future prospects of a government led by Salvini and Meloni. It’s hard to trust Berlusconi and the pro-EU Forza in Italy.

One wonders what is going on behind the scenes and how much longer Salvini will remain Lega’s leader? Something is very strange with this entire scenario and we have no doubt Italy’s EPP (Forza), the government in Berlin and some senior Lega officials are working behind the scenes.

The V4 Report, since our beginnings in late 2015, has always viewed Germany’s EPP Party as an obstacle to national conservatives and designed by Merkel groupies to keep legitimate forces on the right divided and from emerging as strong force inside the EU.

One issue that we have disagreed with Viktor Orbán on is Fidesz continued membership inside the EPP Party. The V4 Report wants Fidesz to exit the party for the very same reasons why the EPP (mainly Germany, Italy, Spain, France) fears losing them: Orbán is the only leader that possesses the courage and charisma to unite national conservative troops into an emerging force inside the EU to challenge the Grand Coalition of EPP, Socialists, Greens and EU federalists (Renew Europe).

In addition, the four above members of the EPP (Germany, Italy, Spain, France) do not wish to see Orbán strengthen their national competition on the right that could seriously weaken their positions at home.

This writer has never believed in the EPP Party and always advocated that Orbán join his true allies of the PiS (Poland), VOX (Spain) and Meloni (Italy) in the more conservative ECR Group. From there, Orbán’s group could work with Salvini’s bloc on the right to build a strong force in the right to counter the EU establishment.

Salvini should not walk into this trap. These forces will try to blackball Meloni’s party next (the only opposition and surging in the polls), thus accomplishing their goal of derailing a Salvini-Meloni coalition government in the future.

Salvini needs to come home. He even looks uncomfortable trying to play the part. 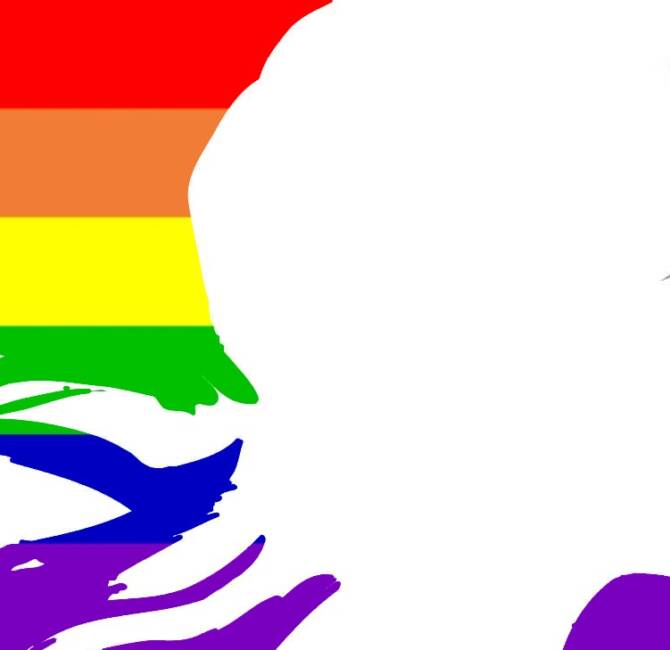 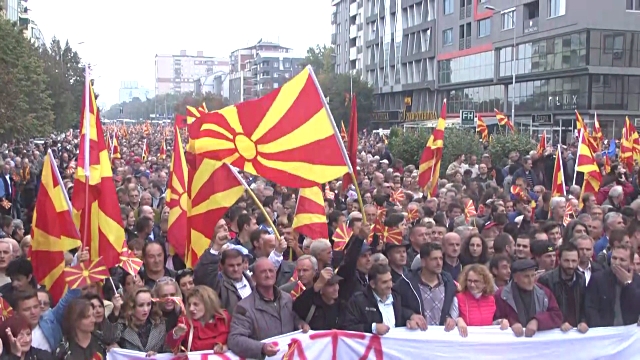 Macedonia Doesn’t Give in to Blackmail