This article has been published online by the Magyar Nemzet on April 16, 2021.

Sándor Szakály: The accomplishments of the Bethlen government can serve as an example.

István Bethlen, a Transylvanian aristocrat, became a leading figure of the national Liberal-Conservative Realpolitik by the end of the Dualist era – Sándor Szakály, the Széchenyi Prize laureate historian, told Magyar Nemzet. The director of the VERITAS Research Institute for History and Archives believes the most important achievement of the Bethlen government, formed 100 years ago, was to lift Hungary’s economy to the level of mid-level European countries, despite all the hardships caused by losing territories and population after World War I.

– A certain Transylvanian Saxon resident from Nagyszeben (Sibiu), György Krauss, some 400 years ago, wrote this about Gábor Bethlen: “he left Transylvania in full bloom, in better shape than how he found it”. Gábor Bethlen, the famous Transylvanian Prince, was distantly related to Count István Bethlen de Bethlen; at the end of the Count’s ten-year prime minister term, did he leave Hungary in better or worse condition than when he took over?
– Hungary was undoubtedly in better shape in every way by the summer of 1931 than it was in 1921 when the Bethlen cabinet was formed – even though he had to leave due to the severe domestic consequences of the Great Depression. After a temporary economic downturn, the country experienced uninterrupted growth until World War II, thanks to the Bethlen-era social consolidation and economic reconstruction. Despite the collapse following World War I, the anarchy of two revolutions, the occupation of foreign (Czech, Serb, and Romanian) forces, the effects of the Trianon peace treaty, Hungary could stand up from the ashes. The trampled, plundered, humiliated country had an economy and society that was already a forerunner in Central Europe by the end of the 1930s and gradually catching up with Western Europe, according to all statistics and analysis.

We can honestly say: after ten years of being prime minister, Bethlen handed over an improved country to his successor.

– Why did Regent Miklos Horthy appoint Bethlen in the spring of 1921, after the departure of the Teleki government, partly caused by the miscalculated return attempt of Charles IV, King of Hungary?
– Bethlen was 46 years old and considered a reliable and experienced politician, because he was a Member of the Parliament since 1901 and he was a nationally known, mainly due to his opinions on Transylvania and Romanian-Hungarian relations. Bethlen became closer with Horthy after the collapse of the Hungarian Soviet Republic; at that time Horthy was the commander-in-chief of the Hungarian National Army. Bethlen was one of the organizers and leaders of the counter-revolutionary forces in 1919, and after his return from Vienna he was one of the eight to ten people who defined the domestic political processes. In 1920, as a member of the Hungarian peace delegation alongside Albert Apponyi and Pál Teleki, he gave an impressive professional performance.

They could not do anything about the rigorous and unjust peace treaty dictates.

Bethlen was also brought up earlier as a potential nominee for prime minister, but he ended up getting his turn at the job after Teleki’s resignation. In his introductory speech to the National Assembly on April 19, 1921, he clearly showed that he had a coherent, well-thought, and logical program to consolidate the country by uplifting moral and cultural standards and providing the political and economic conditions.

– What were the major problems that the Bethlen government faced 100 years ago?
– Ten months after signing the Trianon peace dictate, the Hungarian government had to make the existence of an independent Hungary accepted by the world and their hostile (with the exception of Austria) neighbors. But on the other hand, the Hungarian public had to understand that while we cannot give up on the detached territories, we also cannot constantly propagate this issue; the revision must be achieved not through war, but peacefully. Already in the first year they had to resolve the open-border question with Austria, expel the South Slavic forces in Pécs and the Baranya triangle, and handle the domestic and international political crises caused by Charles IV’s attempt to return, threatening to occupy the country. It was mainly István Bethlen and his Minister of Foreign Affairs, Miklós Bánffy, who orchestrated an international agreement, after uprisings in western Hungary, for Sopron and its surroundings to decide through referendum on which country they would belong to.

As a result of the referendum on December 1921, Sopron and eight settlements „remained” in Hungary. This was the first successful, peaceful revision of the Trianon borders.

– By partnering together, Prime Minister Bethlen and Regent Horthy successfully dealt with the monarchy issue and thereby fended off the threat of the Little Entente’s military intervention.
– I believe that in October 1921, Horthy and Bethlen behaved more like statesmen than Charles IV. As realpolitik politicians, they accurately recognized that the international community would not have accepted or tolerated the return of the former monarch to the Hungarian throne. The next year, Hungary was admitted to the League of Nations, which was important because with this membership, large international cooperation became available, facilitating rapid financial stabilization, the creation of a new, valuable national currency, and successful economic reconstruction. With strengthened British relations and the 1927 Italian-Hungarian Friendship and Arbitration Treaty, they managed to significantly alleviate Hungary’s international isolation caused by the Little Entente. Bethlen managed to acquire partners and friends such as Poland and the (not yet Nazi) Germany.

– How did Bethlen use his foreign policy successes to achieve his goals in domestic politics and economic policies?
– The Prime Minister managed foreign policy by himself, the economic policies were handled by experts – however, Bethlen set the main direction, in both industrial development and land reform. His close relationship, essentially friendship, with Count Kunó Klebelsberg was quite successful as he encouraged the Prime Minister to spend more on culture and education even under very limited economic and financial conditions.

If we look at how Hungary developed in the area of public education and the construction of teacher homes and schools, then we can understand why Hungary had the highest literacy growth rate and numbers in the area.

The foundation and development of universities and Hungarian cultural institutions was important as well as the creation of Collegium Hungaricum (organization supporting Hungarian education and culture around the world) that also helped to develop an internationally competitive, educated and worldly elite.

– Bethlen was mostly criticized for his anti-democratic election system, reducing voter rights, and eliminating the secret ballot in the countryside – thus making a free political race impossible.
– Apparently, Bethlen was not against general, equal, and secret voting rights, but he was in agreement with his many of his Dualist-era predecessors that thought cultural and educational democracy must precede political democracy. As he said, democracy cannot mean the “blind power of crude masses”. Vast groups of society can be involved in public life when they become economically and culturally mature enough to be able to make responsible decisions about themselves and the future of the community, recognizing their real interests. At that time, even with the West, many observers considered Hungary the only democracy along with Czechoslovakia; I think justifiably so, because Hungary had a stable legal system, separation of powers in practice, liberal and leftist parties had representation in the Parliament, freedom of speech and freedom of press were almost fully in force. If we look at the level of development and domestic political conditions of the then Central, Southern and South-Eastern European region, we should not be ashamed of the conditions in Hungary between 1921 and 1931 or 1939. Especially despite the fact that Hungary started the rebuilding process with huge disadvantages compared to the neighbors. And we shouldn’t forget the widespread consensus regarding the revision of the Trianon peace dictate – if possible, peacefully – but also the general public opinion promoted the idea that in Hungary there must be order, security, organic and continuous development. As Bethlen said: „Constant evolution instead of revolution.”

– After Bethlen left the position of Prime Minister, he continued to be a member of the House of Representatives and Upper House, and one of the closest advisors to the Regent until 1944. Both the Nazis and Soviets saw him as an enemy, essentially sealing his fate.
– Bethlen, the Transylvanian aristocrat, became one of the leading figures of the national liberal conservative realpolitik by the end of the Dualist era.

We can say, without exaggeration, that he became a statesman who faced extremist and destructive forces from all ideologies. He strongly criticized the so-called Jewish laws in Hungary on principle, he opposed Hungary’s military action against the Soviet Union and the West, and in September 1944 he urged an armistice with the Soviets. Because he was a dedicated representative of the Anglo-Saxon direction, along with national freedom and independence, Bethlen was forced into hiding after the German occupation.

The occupying Soviet authorities arrested him in early December 1944 and in the spring of 1945, he was shipped to the Soviet Union. Soviet politics did not try to deal with Bethlen, they simply got rid of him. He died in a Moscow prison, most likely in October 1946. His fate was just as tragic as Lajos Batthyány or István Tisza.

– In the lens of the past 100 years, how do you judge István Bethlen’s historical significance? Can we learn something from his ideas and actions? Can we take on his legacy?
– I believe that we must know our past and learn from it. Bethlen and his statesmen-political colleagues got Hungary to its feet and rebuilt the country after it was essentially sentenced to death after Trianon – therefore we should respect and value them. Thus, their accomplishments can be an example and model for Hungarian politics post 1990. After 1990, a free and independent country had to be rebuilt and catch up with Western Europe on the ruins of Soviet-type socialism. For me, it is most decisive and exemplary that

the Bethlen government, despite all external and internal challenges, rebuilt a Hungary that was able to catch up with mid-level European countries by the end of the 30s and successfully establish economic, social, cultural, educational institutions, many of which still exist and function today. 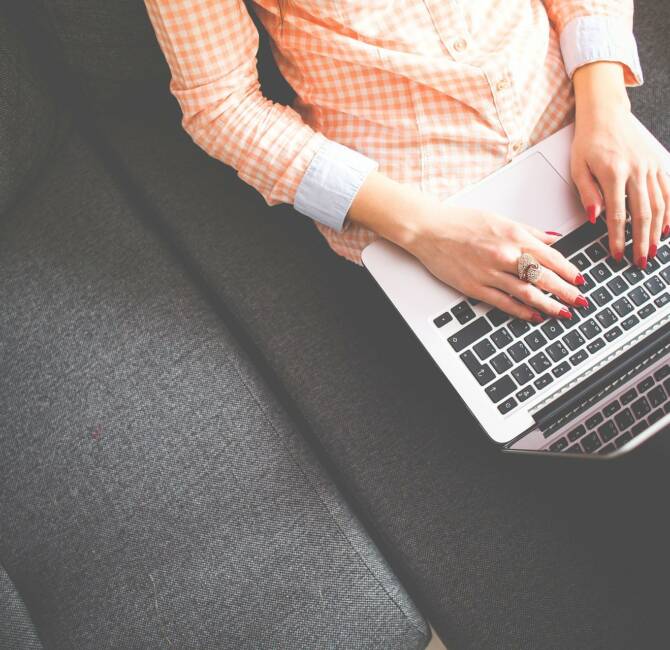