This article was published online by the Magyar Nemzet on 1 October 2021.

The European Parliament’s Committee on Civil Liberties, Justice and Home Affairs (also known as LIBE) delegation arrived in Budapest on September 29th; Nicolas Bay, French MEP was among those who came. The politician, a member of the National Rally, has defended Hungary on multiple occasions. According to him, the European Parliament is charging Hungary with empty accusations which are merely part of a political campaign against our government.

Éva Harangozó: You arrived to Budapest as a member of the LIBE delegation, we met on the first day of your visit. You have repeatedly said that you are first and foremost looking for the truth and you want an honest understanding of the situation here. What does this mean exactly?

Nicolas Bay: I would like to personally familiarize myself with the cases of alleged rule of law violations that Hungary has been accused of. These include the judicial reform and the apparent one-sidedness of the media. But as I arrived in Budapest, I saw a variety of newspapers from different political perspectives – and they are all distributed freely. I could also include among these criticisms the LGBTQ debate erupting from Hungary’s child protection law and the attempts at curbing their propaganda. I believe these are all just excuses to punish the Hungarian government for being too conservative, rejecting the migrant quota, and daring to say that immigration should not be an EU competence but a national one.

Éva Harangozó: What was your first day here like?

Nicolas Bay: On Wednesday afternoon I met with several NGOs and asked them what their problem is with the Hungarian government. I asked them to provide examples of a press body being prohibited or a demonstration being banned. Thus far, we haven’t received a single example with actual numbers and reasons. These are all empty accusations. They are empty and merely part of the political campaigns against the Hungarian government.

Éva Harangozó: What do you think of the European Parliament’s continuous campaigns against Poland and Hungary?

Nicolas Bay: The Article 7 procedure against Poland and Hungary reminds me of a Stalinist showcase lawsuit. With such illegitimate motivations, it is completely unfair. Yet I’ve been seeing that more and more Member States are rejecting the European Commission’s dictates because they reject their priority over the people. Europe is in a weakened, fragile state and this is evidenced by how European institutions operate these days. We must return to a time of nations cooperating and we must accept that every country has their own history, individuality, identity and vulnerabilities that they must protect.

Éva Harangozó: What is your opinion on the increasingly federalist approach and continually expanding powers?

Nicolas Bay: Brussels has centralist ideas. This is the federalist perspective. It has never been more crucial to enforce democratic rights in Europe. Europe can no longer lecture the world about democracy. This is why things must be rebalanced – including the Commission and its tasks and competencies. The European Commission has thousands of functionaries who were not elected by anyone, and nobody even knows who they are. The powers of the Council must also be reformed and redistributed.

Éva Harangozó: How should the European Union be reformed?

Nicolas Bay: We must recognize that we have a common European civilization and history. At the same time, all countries must respect each other – and cooperation is essential. I must emphasize that the Hungarian government has the strongest mandate in Europe, none of the 27 Member States carry this amount of legitimacy. As Viktor Orbán emphasized, we must defend the external, Schengen borders against migration. After all, our current border defense is unacceptable. Our plan is to redefine Europe: we must reconceptualize what it means to protect our security and identity. European institutions should be more democratic and less technocratic. Currently, these institutions benefit us very little. This shows me that bureaucratic will is contrary to the will of the people and that is unsettling.

Éva Harangozó: To mention French domestic politics: the presidential elections will be in a few months. What do you think of the National Rally’s chances?

Nicolas Bay: Every poll in the past months has shown that we have a chance to get in the second round. Marine Le Pen, leader of our party, is Emmanuel Macron’s number one opponent. And it is clear that the National Rally is also a major opponent. This is a very strong position. We have seven months left to defeat our opponents.

He has been a Member of the European Parliament since 2014. He is a full member of the Civil Liberties, Justice and Home Affairs Committee (LIBE) and an substitute member of the Committee on Foreign Affairs. Between 2014 and 2017 he was General Secretary for the National Front. He was also a municipal counsellor. He regularly and firmly advocates for the concept of a Europe of nations. He clearly defends Hungary in regard to rule of law accusations. This was also the case when the majority of the European Parliament was calling Hungary a dictatorship in connection with the pandemic emergency measures. Bay then announced that Hungary is being attacked because they will not accept the EU’s migration politics. He similarly defended Hungary in debates about media independence and rule of law. He takes an unusually strong position against Muslim immigration in Western media. 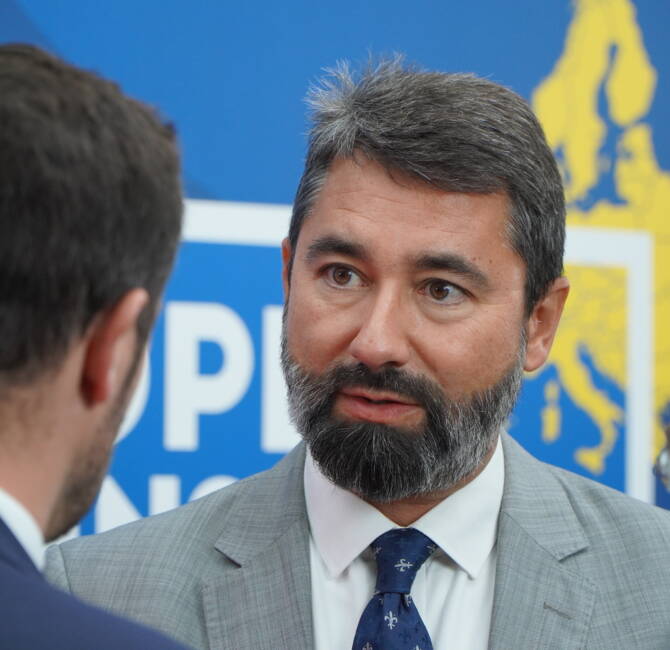 “Contrary to the left, Brussels’ approval is not our priority” 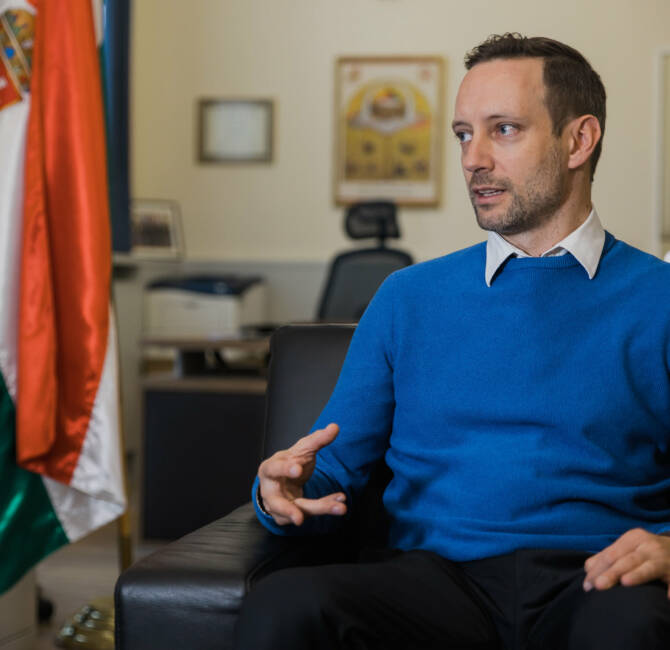 “We won’t allow Christians to be attacked in Hungary!”