“I recently read an American study on the industrial revolution that began with the first steam engine but is really only starting now. Even if the world sooner or later frees itself from the Lenten consequences, Cobde’s liberalism and Marx’s biblical vision wouldn’t have power over the deeper, tectonic transformations. It must be tolerated, that’s the only piece of wisdom here. For the first time in the history of mankind, the peasantry transforms into an industrialized society. The molting is painful.

The hardest thing to endure in this revolution: the humiliation. After a while, the American writes that the revolution is propagated by the half-skilled workers. He takes the burden off the day-laborer but doesn’t allow him near the machine. Just to a screw. (It’s known that Chaplin wrote an entire film about this.) The day laborers die out, but then the romantic proletariat dies out too, who were slaves to the entire machine –the position of draft horse and skilled laborer are too humane, for the privileged. A herd of screw-driving half-skilled workers gather under the skilled laborers, the semi-educated. The counterpart of the half-skilled.

I have to admit, as I was reading, the latter was on my mind. The Central European high school education and the incredible American night classes. Keyserling calls it the chauffeur-type. Just that that chauffeur is now sitting at his desk and slowly the whole world is his. He hovers between the farmer and the sophisticated professional forever homeless; descending to one as a planned economy, and tramples the other as an authority. Even though he would fall over in the fields, and can’t carve wood, and would get a stroke from a real book.” László Cs. Szabó: Világlázadás (World Revolution)

We’ve gotten quite far along the path outlined by László Cs. Szabó. But today, the “half-skilled worker” is no longer just a worker but the plant engineer. Working in a modern automobile factory or even operating a state-of-the-art harvester requires extremely advanced technical and computational skills. In the meantime, a steady stream of articles is analyzing the effects of technological innovation, artificial intelligence and robotization that will make the work and skills of the masses useless. What will we do with them? However, later on in the day, these same authors publish their praises for the blessing of migration because in the West we are incapable of “maintaining the population” so these masses will make up for the “missing labor”.  These two concepts cannot be simultaneously true, but the decaying West, sinking into self-abandonment doesn’t care – because they don’t care about anything. Except their own genitals of course.

And thus, it allows itself to be flooded by the half-literate (or completely illiterate) Middle and Far Eastern and African masse: the Syrian fry cooks, the Afghan heroin farmers, the Tuareg goat shepherds, and the many, many terrorists. Or, “just” the burnt-out, soulless robbers, murderers, and rapists or the good-for-nothing parasites unfit for any work. They will then be supported and tolerated by the host society; thereby, the West of course makes it possible for these people to return home to live normal lives.

And we can now be sure that the new loony bin leaders of the European Union are fully committed to ultimate self-destruction. The Equality Commissioner’s draft of “language rules” was recently published banning the word “Christmas” and “Christian name”, along with femininity and masculinity. What’s more, they went a step further than even the Jacobins and Bolsheviks – the names Mary and Joseph are no longer recommended, instead Malika and Julio are encouraged. There is nothing new under the sun, but yet there is… Apparently, due to protests from the Vatican, this has been withdrawn for the time being. Oh please! When would these people withdraw anything just because of a little Vatican-criticism? This was just the test run. This will reemerge sooner or later, don’t you worry.

But the much scarier prospect: the future of Germany. More precisely, the present. László Bogár writes in his excellent essay: “Perhaps Marx’s most-quoted work is German Ideology. Among other things, there is a quote from this work that has been modestly translated as the return of the ‘old garbage’ when in actuality the concept is a bit ‘stronger’ than garbage. ‘Die ganze Scheiße kommt zurück’ is that notable sentence, and Scheiße is the incriminating term. Marx argues that communism cannot come into being as a ‘local phenomenon’, because then the return of the old sh*t – which is nothing but a surviving remnant of sacred traditions – would eradicate this local communism. Which is logical, and true, and happened – just not in the way Marx envisioned. This also indicates that Marx did not consider capitalism as the embodiment of ‘evil’, as we usually assume, but rather sacred tradition. He saw the brutal abolition of tradition as capitalism’s brilliant accomplishment. A quote from the new German government’s future leader of climate affairs, that he ‘committed’ in a philosophical essay is quite fitting here, and is a perfect ‘depiction’ of 21st century Germany, choking itself on its multicultural muck: ‘I was always nauseated by patriotism. I never knew what to make of Germany and I still can’t.’ This is what Robert Habeck, the popular co-president of the popular Greens, wrote in one of his earlier books; Habeck is in fact being increasingly mentioned as a potential future German chancellor, so much so that he is the second most popular German politician, right behind the incoming Social Democrat chancellor. Habeck, who belongs to the second generation born after the war, thus ‘translates’ for himself and his contemporaries the dark and destructive ‘offer’, or more precisely the spiritual and moral consequences of historical German trap set by the ‘nonexistent’ global lords of the provoked third empire. Dear Germans, you can again live in the comfort and safety of your own capabilities and diligence, but in exchange you must give up any sense of past, history, tradition and culture. That is: if, once and for all, you “forget” who you were, your millennials-old identity, and assume the multicultural scourge of the tightly-controlled globalist, conformist features as your natural form and nourishment.”

So the sh*tshow has returned – just not the way Marx envisioned it, but in the image of Marx, the Jacobins, and the Bolsheviks. So, just one more time to be sure: the future top German minister and vice-chancellor, Robert Habeck of Lubeck, said himself “I was always nauseated by patriotism, I never knew what to make of Germany and I still can’t.”

We get it. Now, we just need to figure out what exactly he will be the vice-chancellor and top minister of. Well, we can respect a vice-chancellor of his own nausea. And as such a vice-chancellor and minister, he will assuredly see to it, along with his comrades, that Germany is worthy of his own nausea. The 175-page, new “German” government program encapsulates Robert Habeck’s nausea. It seems that the Germans have turned back time to be able to really digest the moment they ruined. And they have landed on the Night of the Long Knives. They probably should have done it the other way around, the SA against the SS, not the SS against the SA – because Ernst Röhm was at least a homosexual (apparently). The biggest problem though is that the German missionary sense has remained. Which has brought the world to shambles twice now. “Deutschland, Deutschland unter alles,” sing the missionary Germans now, who ruin their homeland first between fits of nausea – and then the world.

“I only heard of Count Kessler’s death later on. He was the ‘last European’ prince of the Reichstag of his kind. Our times still know his name, but I’m sure not for long. A truncated memoir of his remains. Mémoires d’un Européen is its French translated name; in the original German, he didn’t want to call himself a European.

Vollard, an art dealer, said that the German count was a passionate publisher in Paris when he was young. Maillol spent his own money to print Virgil’s Eclogues. It must have been a fantastic book, the famous sculptor himself illustrated it and even made the paper for it. And when he realized that chlorine-cleaning would ruin even the best paper, his passionate publisher bought up all the chlorine-free peasant-shirts in Hungary. This is how Virgil could be found in Hungary at a cheap price.

It’s a little saddening that such amateur nothingness has to be recorded about the last Europeans. But Europe is the home of jealous homelands, and among those homelands, the purely-European has always been an amateur. Even the brightest of them. They made up for a domestic deficit with Europe.

It’s no coincidence that the Latin, half-baked, spineless Spanish nation swayed between bleak provincialism and the fullest European perspectives without settling on a traditional national way of life. Another frontier nation, Russia, also reached spiritual maturity with this European “extension”. Dostoevsky was fighting against it and say what they say, I think that’s why Pushkin or even Turgenev, the latinized barbarian were better off against the 100-year trial.

But let’s stay with the German example. Through the world of the East and the West, Asia and Europe, the ancients and the barbarians, the Germans could never be themselves as much as the other three, mature European nations: the Italians, French, and English. This is where Leibnitz, Goethe, the Humboldts, Nietzsche and Rilke’s unparalleled humanity and plethora of Germans came from who couldn’t choose between the Prussian sword and voluntary exile on Latin soil.

The European man is a shining star, but he’s a little out of place in the nation. And if he goes too far somewhere, then it’s downright fatal to your culture. Prodigal son at home, upscale exile abroad. (So much for Kessler’s death.)”

Let us be (and remain) proud Hungarians and worried Europeans. Because that’s what we always have been. And we will sail our Europe to the shore. Right along with the fleeing Germans. The rest doesn’t matter at all anyways… 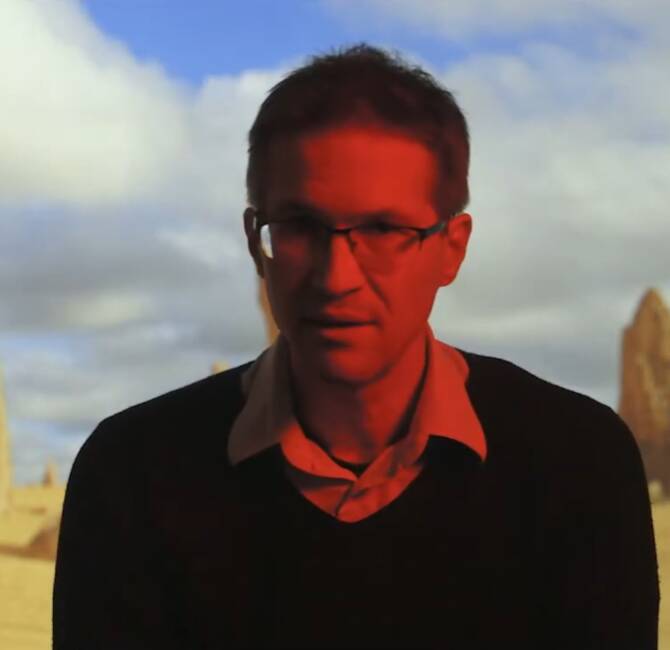