Poland – A secretary of state at the Polish Prime Minister’s Chancellery, Janusz Cieszyński, announced on 5 January on Twitter that he had been informed of the imminent suppression of the Facebook account of Konfederacja, an alliance including the libertarian Korwin list and the nationalist National Movement (RN), with eleven MPs in the Sejm.

“A question of freedom of expression and universal values”

Konfederacja’s account, followed by more than 671,000 users, was indeed removed from the social network shortly after, allegedly for “violating the Covid-19 information rules”. Janusz Cieszyński said that the Polish government would formally protest about this to Meta (the new name of the company operating the Facebook social network):

“It is simply a matter of freedom of expression and universal values that we all have to fight for, regardless of our particular opinions.

(…) Political parties compete with each other to get the support of citizens, and that is fine. That is what democracy is about.

A channel of communication must not be suppressed by an arbitrary decision taken by an anonymous person, against which there is no possibility of appeal to the courts.”

A formal letter of protest was sent to Meta from the PM’s Chancellery on the same day.

MP Robert Winnicki, co-chair of Konfederacja, immediately reacted to the secretary of state’s announcement, tweeting: “The largest profile of a Polish political party on Facebook [in terms of followers, ed.], that of Konfederacja, will be removed today by this social network’s administration.

Global corporations are once again attacking free speech and democracy. It is 21st-century totalitarianism, which must be fought at all costs.”

The head of the Independence March Association, Robert Bąkiewicz, also expressed his support for Konfederacja against Meta/Facebook: “This is what the implementation of the world revolutionary interests looks like. Those who do not share these interests and oppose them are being destroyed. We demand that the Polish state pursue Polish interests. Legal jurisdiction over global social networks must be restored.” This is not the first time that Konfederacja has been censored by Facebook. Janusz Korwin-Mikke, also a co-chair of the right-wing party, had his Facebook account banned in November 2020, causing him to lose nearly 800,000 followers on the American social network.

The Konfederacja party has officially protested in a statement: “This action by Facebook goes against democratic rules and, as such, it adversely affects the Polish national interest. (…)

We therefore announce the filing of a civil suit against Facebook, as well as the urgent introduction of a bill to protect those taking part in the democratic political debate from censorship.

We expect Konfederacja’s profile to be reactivated with an explanation about what content violated Community Standards and in what way.”

“A true threat to free speech in the public debate”

The Prime Minister’s Chancellery issued a statement in response to this disturbing interference in Polish politics:

“Suppressing an entire profile on the basis that it contains some scientifically incorrect information relating to the pandemic is an example of pre-emptive censorship and, in the absence of symmetrical action against other content of the same type, this raises the suspicion that the real reasons for the social media administration’s decision may have been other than those given in their statement.

(…) To invoke the arguments of freedom of enterprise is totally inappropriate in this case, because it is precisely the control of monopolies, and not their free operation, that is the foundation of the market economy.

Blocking access to Facebook for social organisations is a real threat to freedom of expression in the public debate.

(…) We expect a quick response from the social media’s owner and the reactivation of the previous functionality […] [of Konfederacja’s account].”

“An attack on fundamental democratic values”

Prime Minister Mateusz Morawiecki also made a point of reacting personally on this issue of freedom of expression for Polish political parties:

“Freedom of expression only makes sense if everyone can freely express his or her point of view without infringing on the freedom of others. Facebook’s decision to close Konfederacja’s profile undermines fundamental democratic values. The Polish government cannot and will not accept this.

(…) I have often criticised Konfederacja’s deputies and had arguments with them, and they have often criticised me. But criticising does not mean forcibly closing someone’s mouth. That is why I am taking their side today. I do not agree that Konfederacja should have their right to express their opinions taken away.” Morawiecki also noted that “Digital censorship is a powerful threat to democracy today”, and that “social media owners need to understand that freedom of debate means that there are views we do not agree with.” 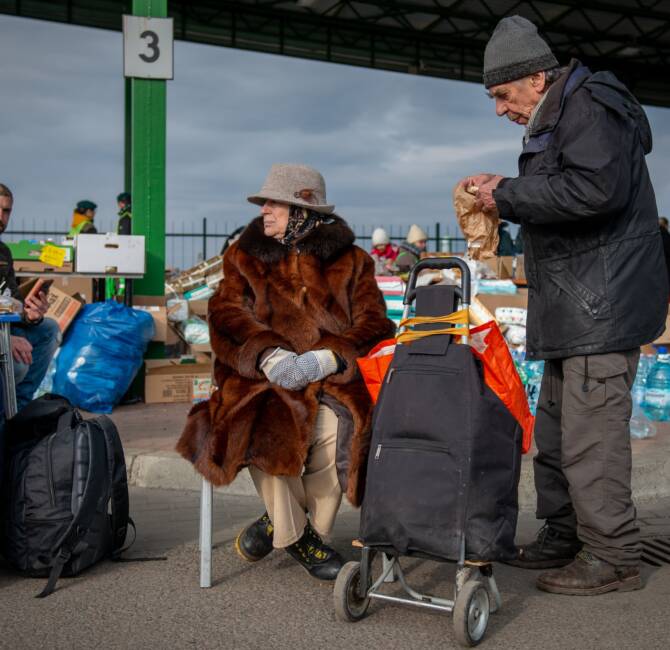 Poland and Germany demanding from the EU: 1,000 euros/month per refugee 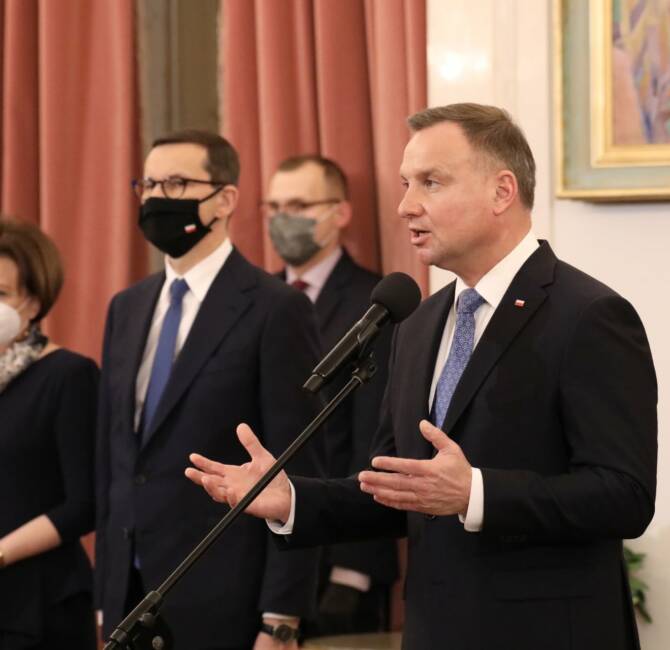 Andrzej Duda: “Avoiding war in Poland is what matters most”