Ukraine – On 28 February, Ukrainian President Volodymyr Zelensky submitted his country’s application for express membership into the European Union – a move supported by several member states, including the four countries of the Visegrád Group.

Ukraine’s candidacy for the European Union has been dragging on for years and its declared will to become also a member of NATO is one of the factors with which Russia justifies its “military operation” against the “Kiev regime”. In the current circumstances, express accession to the European Union under a “special procedure” would show Europe’s full solidarity vis-à-vis a struggling Ukraine under Russian invasion.

An open letter signed by the presidents of eight member states

This approach by the Ukrainian authorities is officially supported by the leaders of nine Member States of the European Union (Bulgaria, Estonia, Latvia, Lithuania, Poland, Slovakia, Slovenia, Czech Republic and Hungary). In an open letter quoted by Do Rzeczy, the presidents of eight countries — Hungarian Foreign Minister Péter Szijjártó announced late Tuesday morning, 1 March, that Hungary now supports this initiative, although it has not signed the letter — state very clearly:

We call on the EU Member States to consolidate highest political support to Ukraine and enable the EU institutions to conduct steps to immediately grant Ukraine an EU candidate country status and open the process of negotiations. In this critical moment, we reiterate our full solidarity with Ukraine and its People. ”

The full official document can be found here.

“Ukraine is welcome in the European community of democracies”

Furthermore, on behalf of the Czech Republic, Prime Minister Petr Fiala (ODS) said: “Although I am a supporter of standard procedures, we are not in a standard situation now […] We must make it clear that Ukraine is welcome in the European community of democracies […]

Here and now, it is a matter of clearly stating that we support Ukraine in this atypical situation, that these people are close to us and that we want to do something for them […] They need to know that they are our friends and that we care about them”.

Likewise, the Czech Foreign Minister, Jan Lipavský (Pirates), declared that he supported “Ukraine’s efforts to join the European Union”, because “by its actions, Ukraine has clearly shown that it belongs to Europe”. A position also shared by the Czech Minister of the Interior, Vít Rakušan (STAN), who proposes that the EU offer “immediately […] Ukraine a special status, like that of Norway”.

In a statement posted on her Facebook account, the Slovak president sent a similar message:
“Slovakia demanded its European prospect in the difficult 1990s and we have proved our availability and loyalty to the European Community’s values through the long process of joining the European Union. Ukraine’s political leaders and citizens continue to demonstrate this in these trying times by the determination with which they defend their sovereignty and their democratic values. Ukraine is Europe and it is about to become a member of the European Union.

Together with the Presidents of Bulgaria, the Czech Republic, Estonia, Lithuania, Latvia, Poland and Slovenia, I have called on all Member States and the institutions of the Union to officially confirm this promise by giving Ukraine a clear prospect of membership in the European Union”.

Similarly, on Twitter, she gave her full support to her Ukrainian counterpart’s approach: “Ukraine is Europe. And it should also be in the European Union too. I support President Zelensky’s call for the EU to make a decisive step towards Ukraine’s EU membership. The time is now”.

“Ukraine should have access to EU funds for its reconstruction”

As Poland has long acted as the spearhead of solidarity with Ukraine, Polish President Andrzej Duda (PiS) is, once again, one of the main supporters of Ukraine’s accession to the European Union:

“Poland supports an express path for membership of Ukraine in the European Union,” […] “Candidate status should be granted immediately and membership talks should start immediately after.”[…] “Ukraine should also have access to EU funds for reconstruction. This is what Ukraine deserves.”

However, this enthusiasm is not unanimous. Thus German Foreign Minister Annalena Baerbock (Greens), while explicitly acknowledging that “Ukraine is part of Europe”, “expressed reservations about Ukraine’s rapid accession to the EU”. 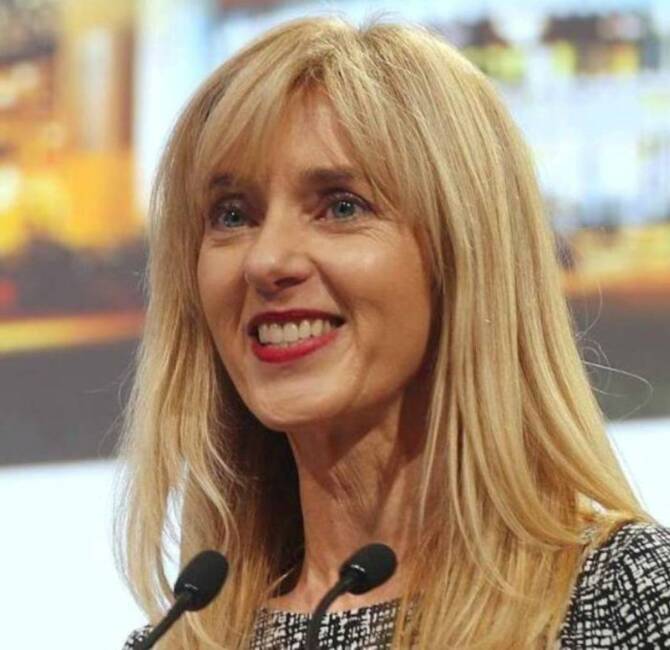 For German liberals, the Article 7 procedure must be followed by sanctions 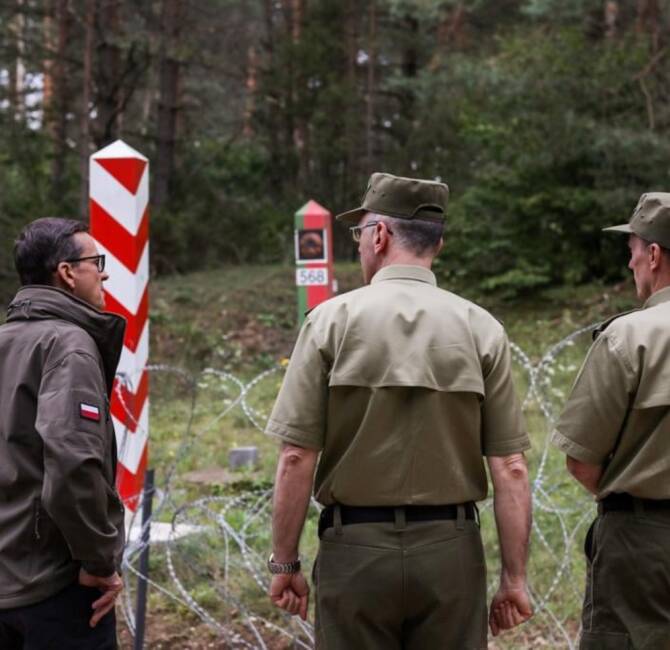 Poland set to build a wall on its eastern border