This article was published online by the Magyar Nemzet on 4 March 2022.

Instead of political adventurism, we need responsible politics and stability

“Our priority is the wellbeing and safety of Hungarian lives, including those living in Transcarpathia as well”

affirmed Viktor Orbán in his video after the government meeting. The Prime Minister gave an exclusive interview to the weekly magazine, Mandiner, in which he discussed Hungarian-Russian energy cooperation, a new era of security policy, and the irresponsible statements from the left.

“Our priority is the wellbeing and safety of Hungarian lives, including those living in Transcarpathia as well,”

said Prime Minister Viktor Orbán on his Facebook video on Wednesday in connection with the war in Ukraine. Following the government meeting, he stated:

“we cannot and will not make decisions that would make Hungarian villages, people or the Transcarpathian Hungarians and Ukrainians a target.”

He added that after the government assessed the situation after the seventh day of war, the cabinet confirmed that Hungary would continue to abstain from sending soldiers and weapons to the territory of Ukraine. He stated that the most important thing is for Hungary to stay out of the war. However, the Prime Minister also pointed out that Ukraine is our friend and they are in trouble and must be helped.

“We have launched a historic amount of humanitarian aid from Hungary. In the first phase, we will be sending 600 million HUF worth of food, hygiene products, and childcare products,”

said the PM on social media.

The advantage of the government’s experience

Viktor Orbán told Mandiner that this is the third war in our neighborhood since he has been Prime Minister. NATO intervened in the war in Kosovo in 1999, the day after Hungary entered the organization. In 2014 the Crimean crisis, and now a second Ukrainian-Russian war. According to the Prime Minister, his advantage of experience is knowing to “speak sparingly, but then to speak precisely and responsibly.” During this time, it is not permissible for campaign efforts to precede national interests, because one wrong move can cause an enormous crisis.

“In a war, words are halfway towards deeds. The Opposition wants to send weapons which would be used against the Russians, or send soldiers to fight the Russians. This shows that they’ve no experience, no knowledge and no sense of responsibility. With their irresponsible statements they’re pouring gasoline on the fire, and that runs counter to Hungary’s interests. Instead of political adventurism, we need responsible politics, security and stability,”

he said. The PM announced that if we look back on his term since 2010, we see “economic crisis, the red mud disaster, floods, the Crimean war, the migration crisis, coronavirus, the Russian-Ukrainian war.” We are in an era of crises without peace; despite this, we Hungarians were still able to establish the family support system and get the economy back on its feet. Yet Viktor Orbán believes this is just icing on the cake as the most of their energy has been focused on preventing crises.

Families will not pay for the war

“If we were to end energy cooperation with Russia, the energy bills of every Hungarian family would triple in a single month. Therefore, I don’t support such a move. The price of the war should not be paid by Hungarian families,”

Viktor Orbán told the magazine. The Prime Minister said that the EU leaders also agreed that the sanctions will not impact Russian energy supply because this would destroy the European economy. “How did the war come about? We’re caught in the crossfire between major geopolitical players: NATO has been expanding eastwards, and Russia has become less and less comfortable with that. The Russians made two demands: that Ukraine declare its neutrality, and that NATO would not admit Ukraine. These security guarantees weren’t given to the Russians, so they decided to take them by force of arms. This is the geopolitical significance of this war. The Russians are redrawing the security map of the continent. Russia’s security policy vision is that, in order to feel safe, they must be surrounded by a neutral zone.“ The PM also noted that the Russians have the military advantage and thus it was just a question of when the peace negotiations would start. As he already stated, the Hungarian government condemns the Russian attack and Hungary supports peace which is why they offered Budapest as the location for the peace talks.

The Prime Minister also explained that the Russian-Ukrainian war made it clear that European military and security policy needs a new foundation. Europe needs its own military and serious defense equipment. “We cannot afford to rely solely on the Americans.” Viktor Orbán noted that NATO is very valuable and must be preserved. However, the European and American end of the balance in this alliance is far from aligned.

“…the Americans are contributing much more to it than we are. This must change: we need to ensure that we’re able to guarantee Europe’s security through maintaining the American alliance, but also through our own efforts.”

The PM explained that: “The American strategy, however, has been based on the understanding that if you organize your military policy well, then military investments and developments will lead to economic development, and they can be transferred to the civilian economy; and if a feedback loop is created between the military industry and other segments of the economy, then ultimately this will mean economic and technological progress for everyone. This works well in America, where in the longer-term military expenditure will also be economic in nature rather than purely military. If you think about it, mobile phones, GPS and the internet were military developments with major benefits for the civilian economy.” He also announced that he, Macron and other Central European leaders have already discussed a plan for military cooperation. 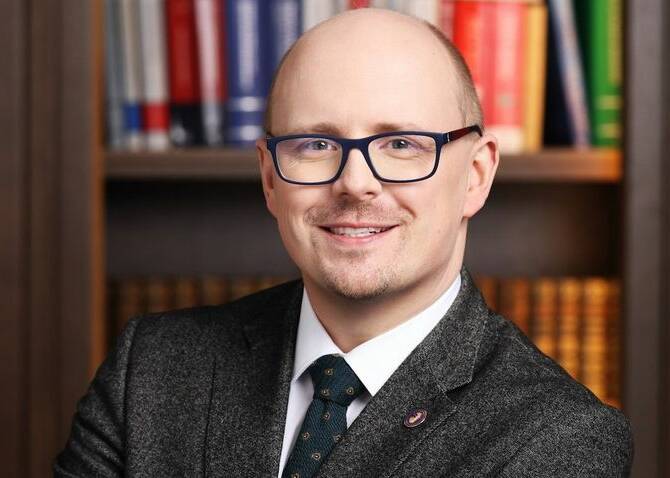