This article was published online by the Magyar Nemzet on 9 March 2022.

Non-governmental organisations (NGOs) depict a distorted image of Hungary not only be manipulating foreign journalists and Hungarian media; they are working hard to force a change of government also through embassies, this chapter of our series of articles reveals. In the past few weeks, Magyar Nemzet has published the opinions of a number of insiders who are in one way or another connected to the Open Society Foundations, George Soros’s foundations. In the following, we publish further revealing extracts from interviews.

The Soros Network has established close relations with a variety of embassies. According to the bulky folder of documents sent to our newspaper from an unknown e-mail address, NGOs seek to influence the internal political processes of Hungary and neighbouring countries also in cooperation with diplomats. The Skype interviews sent to our editorial office revealed that former directors of human rights organisations funded by the stock exchange speculator look upon a number of Western European embassies, including the Dutch, French, Belgian, Flemish, Luxembourg, Spanish and British embassies, but also the US and Australian embassies, as partners that help with their work.

In one recording, Andrej Nosko, a former director of George Soros’s Open Society Foundations said if a human rights organisation does not agree with one regulation or another, or would like to achieve a change of government for that matter, the most evident solution is to exert pressure on the country’s leadership from abroad. “And from that perspective, you must evidently cooperate with embassies,” he added. In his words, they cannot expect financial help from embassies; instead, they can primarily help with the organisation of various events and can boost the voice of civil-society organisations.

Mr Nosko also highlighted that as “the embassy is your entrance to change the voting in the Council of the EU,” NGOs are advised to visit the European Commission and to speak to officials there given that they monitor the measures adopted by Member States.

He said he himself regularly met with people from the European Commission, many of whom were former colleagues of his. “During my term as director, I spoke to several ambassadors, and so I even know how to handle top diplomats,” he said, adding that he fosters excellent relations with the embassies of various countries, including the United States, at lower levels as well.

What is an embassy good for?

Another Skype interview conducted with Orsolya Jeney, a former director of Amnesty International Hungary also reveals details about the cooperation that exists between embassies and human rights organisations.

“We were the first to organise embassies into a group that went on a Pride march, that was my idea. Another initiative was [that] we coordinated again embassies and we asked them to specifically stand up for the rights of the transgender […]. These are tiny gestures, but important for diplomacy,” she stressed, adding that they typically cooperated with minimum ten embassies per campaign.

Kristóf Zoltán Varga, who previously worked as a Budapest director of George Soros’s Open Society Foundations, related that embassies are important for NGOs as loud supporters of various initiatives.

“They can provide you with a kind of protection. They’re much nicer to you if you come out of the German, French or Dutch embassy and you have friends there. So they typically make our work more convenient,” he stated.

In recent weeks, we have published a series of articles exposing the true nature of the Soros Network. A number of Skype interviews have revealed how NGOs misrepresent the situation in Hungary by manipulating foreign journalists. Mr Nosko provided ample information on tactics regarding this. The former director in Hungary of the Open Society Foundations openly spoke about how the stock exchange speculator uses the international left-liberal media for agitation.

In his words, human rights NGOs are only too happy to take advantage of foreign journalists’ inadequate language skills, and supply media workers with inaccurate, biased, secondary sources. In fact, they even pay in order for the press to relay their narrative.

In one interview, Mr Nosko informed his interviewer that on several occasions, back then in the capacity of OSF’s head of division, he himself hired journalists. At the time, he decided on the awarding of grants to think tanks associated with them in the countries of the Central European region, including the Czech Republic, Hungary, Poland, Romania, Bulgaria and Estonia, and had control over an annual budget of ten million dollars.

There’s no news value? Create some.

Based on Mr Nosko’s account, many European mainstream left-liberal newspapers are prepared to publish documents drafted in cooperation with NGOs. In addition to Newsweek, he also mentioned Politico and the Financial Times.

It is remarkable that in his view it is further possible to create news values if they are missing from the topic.

Materials and articles written in cooperation with NGOs associated with the Soros Network should be understood to mean articles, studies and research materials that stand up for the continuous expansion of the concept of human rights, demand even more rights for homosexuals, attack Christian churches and the concept of the traditional family. They also urge drug liberalisation, and support immigration and naturally the ideal of a united Europe.

It is common knowledge that several left-liberal media operating in Hungary receive generous funding from the Soros foundations, including Magyar Jeti Zrt., the publisher of the news portal 444 headed by Péter Uj, in which there are two foreign individuals: Marie Nemcova and Valer Kot who are prominent figures of the so-called Media Development Investment Fund (MDIF). The MDIF is a New York-based non-profit investment fund which is one of the chief advocates of “independent” media – meaning media relaying the Soros Network’s opinions – in countries where in their opinion the free and independent media are under threat. This organisation finances the operation of 444.hu, and Soros’s Open Society Foundations sponsor the fund with enormous amounts of money.

These two persons are also regarded as Soros’s right-hand people; they were probably sent here to ascertain whether 444.hu disseminates their topics appropriately.

Additionally, the Soros foundations also have a share in the weekly Magyar Narancs and operate a number of investigative portals, including Átlátszó.hu and Direkt 36. This circle further sponsors Tilos Rádió which gained some notoriety when one of their hosts called upon his listeners to exterminate Christians on the occasion of the Christmas holidays.

In light of the above, it appears to be rather hypocritical that the Open Society Foundations even have a separate programme supporting “independent” journalism. As part of this, for instance, in 2020 George Soros’s people financed a number of provincial left-wing media which clearly seek to promote a change of government locally, including Szabad Pécs, Nyugat, Enyugat, Debreciner, Szegeder and Veszprém-Kukac.

Before the elections, it is interesting in particular that Dávid Korányi, an associate of the Hungarian-born American financier, told 444 about his plan “to support initiatives also within Hungary, for instance, in the interest of countering the dominance of the pro-government press in the countryside”. 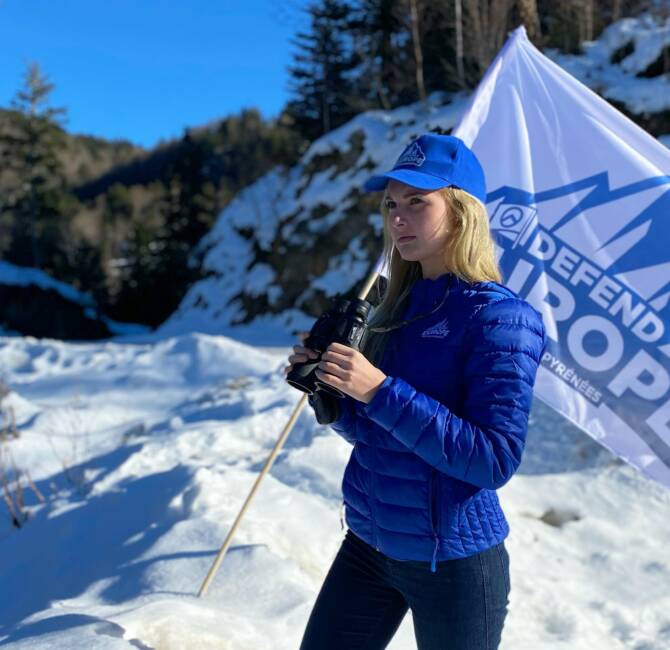 Génération Identitaire: The Fight for Europe and Against Migration 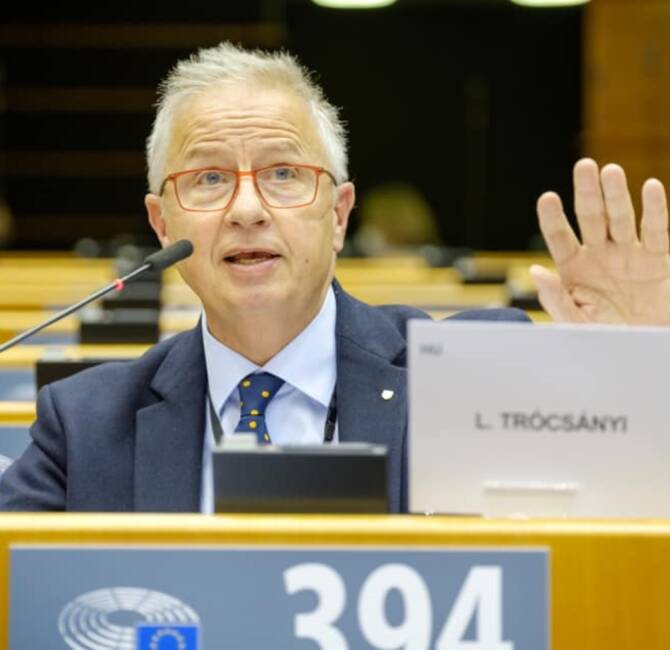 “We cannot surrender our constitutional identity”