This article was published online by the Magyar Nemzet on 3 April 2022.

“We Hungarians are on the side of peace; we must stay out of this war”

“What the Russian-Ukrainian war refugees are asking for, we can provide: security, organized accommodations and care, peace. We Hungarians are on the side of peace; we want to stay out of this war. And we are not helping the refugees in order to gain recognition in Ukrainian or international politics or grab media attention, but because this is what our heart dictates,” said Katalin Novák, President Elect of Hungary.

– You have been to the Ukrainian-Hungarian border multiple times to aid in humanitarian efforts. What did you experience? How did the Transcarpathian Hungarian and Ukrainian refugees fleeing the country react to the aid we are providing?

“For the past 100 years, it was never easy to be Hungarian in Transcarpathia. Our people have grown accustomed to a hard life.”

The institutions they have built up thus far – mainly with support from Hungary – may be emptied out due to the war: Hungarian preschools, schools, churches, homes. We have heard their cry for help – and not just in Bereg, Szatmár and Szabolcs, near the border, but all throughout the country, in Budapest too. Kind words, loving gestures, and material aid are what is necessary right now for survival; we have signaled that they can count on us. The refugees can sense that Hungary’s heart is beating at the Hungarian-Ukrainian border. We can give them exactly what they are asking of us: security, organized accommodation and care, peace. From Záhony to Fehérgyarmat, Fényeslitke to Tarpa, I met with those in need of help and those eager to provide help. I visited Berehove to express to those remaining there: you are just as important as those who are forced to flee.

Solidarity is not enough for the Ukrainians

– Why do you think Ukrainian politics and media are not satisfied with the outstanding solidarity demonstrated by Hungary in aiding the refugees?

“The Ukrainian leadership expects far more than solidarity from us, more than the superhuman aid. They want their war to be ours as well. We Hungarians are on the side of peace, we want to stay out of this war. And we are not helping the refugees in order to gain recognition in Ukrainian or international politics or grab media attention, but because this is what our heart dictates.”

To what extent are the statements of the Ukrainian government – now sharply critical of both Germany and Hungary – causing division in international diplomacy? Do you think there are separate European and American interests in dealing with this conflict? Are there competing European subinterests?

All members of NATO and the European Union, including Hungary, firmly and unanimously rejected Russian aggression. The question is, what comes next?

There are very few countries that can completely do away with Russian energy and food supplies. No matter how hard we strive for self-sufficiency, we Hungarians are not there yet as of now.

Good leaders prioritize the interests of the people in their homeland, so of course there are competing subinterests. We must make decisions with these in mind while clearly showing: we do not want war, and attacking a sovereign country is unacceptable.

Ideological warfare against us

– Has the stance for peace and criticism of energy embargos according to Hungarian interests shown legitimate results? Could it be in our interest to alter this Hungarian policy in the near future?

– I believe in the tools of classic diplomacy and negotiations. As long as we can talk to each other, there is a possibility of reaching a solution. Interests and values – both have their priority, both have to be represented. Standing up for our values without taking into consideration our interests is irresponsible – and representing our interests without any concern for our values is immoral. Just peace and security – these must continue to be our goals.

– Left-wing parties tend to downplay the importance of the child protection referendum to be held in conjunction with the parliamentary elections. What do you think is at stake with this referendum?

– There are poisons that kill quickly and those that kill slowly. The coronavirus pandemic and war are threats that are clear, obvious and tangible. At the same time, they obscure the latent ideological warfare that occasionally shows its true face which has targeted our children. This warfare, however, is ongoing.

Our children are our greatest treasures. Raising them is a parent’s inviolable right and obligation. It is their decision how they their children are educated on sexuality, who should be involved, and when the time is right to do so. And it is the responsibility of the government to ensure the healthy physical and mental development of children. We must help parents by keeping dangerous, harmful propaganda away from their children.

The referendum is about children, but should be important to all adults – parents, grandparents, anyone who is concerned with future generations. That is why I encourage everyone to take advantage of the opportunity to vote in the referendum. This Sunday, the four “no”s are the most decisive “yes” you can give for our children’s long-term spiritual-intellectual security.

Tolerance has become an opinion-dictatorship

– What are the odds of a European conservative renaissance versus the American neo-Marxist gender ideologies? Do you agree that Hungary is at the helm of this intellectual struggle?

– Our odds are better than many assume. People instinctively desire freedom of thought and spirituality. If they realize that this would be restrained, they will revolt. What we considered for a long time “goodwill” tolerance has now become an aspiration for dictatorship of opinion that does not tolerate those who think or live differently. Those who consider themselves tolerant are incapable of tolerating differing opinions. As president, I will strive to provide platforms domestically and internationally for a variety of opinions while decisively representing our own interests which our basic law clearly and unequivocally states.

– Right after your presidential election speech, politician Péter Ungár already launched a political attack against you, assuming intentions to restrict abortion access based on your advocacy for life at the moment of conception. How did you feel about this immediate political attack based on your expressed beliefs?

– It did not surprise me; I am used to attempts to generate tension where there is none.

– You have promised to take a more active role as president – are you prepared for the consequential, more active responses from your political opponents? How will you deal with these attacks? Will you debate if necessary or refrain?

If I were to address personal attacks, I would lose track of my goals. I am confident that an active presidency will address well-meaning people. There are plenty of areas of life beyond politics where I want to understand and represent the Hungarian people. On the short term I owe to the Hungarian people, and beyond that, I owe it to the Lord.

As for politicians: I have thus far withheld myself from engaging in personal attacks and I will continue to do so.

Historic elections ahead of our country

– Have you received any spiritual guidance from the parties that nominated you that you will especially address as president?

– How would you argue for the importance of voting in Sunday’s election?

– Our oldest son is a first-time voter as an 18-year-old young man. It is through him and his friends that I see the value of being able to make a decision that affects our future from time to time in a democracy. The stakes are high during peacetime – but they are even higher now.

We face the threat of war, a global pandemic, and serious international and national economic challenges.

That is why these elections are so pivotal. I encourage everyone, our son included, to take part in the parliamentary elections and, after careful

consideration of the potential performance of politicians and all possible candidates, cast their ballot with our national interests in mind. 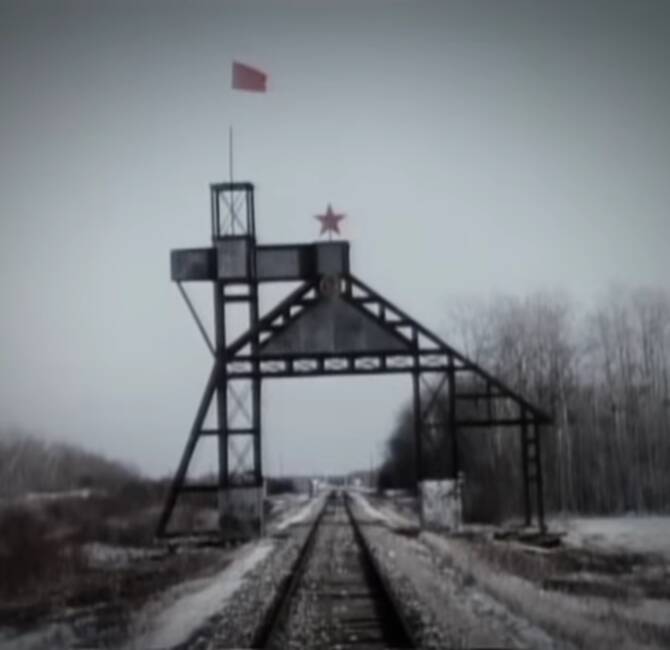 Our civilians worked to death out of revenge