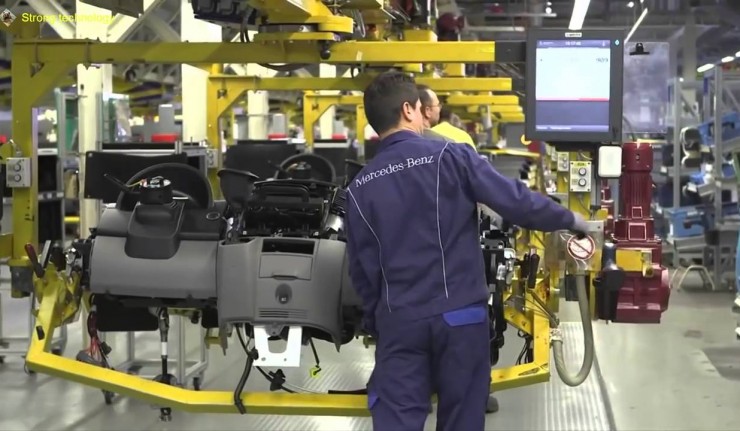 Poland, Jawor – Mercedes-Benz wants to invest € 500 million in Poland. After announcing an investment in Hungary of € 595 million a week earlier, the German luxury car manufacturer continues to developp its Central and Eastern factories.

The plant of Jawor, in south-west Poland, will become Mecedes-Benz first Polish factory, and comes amid a push by western carmakers into central and eastern Europe, where costs are lower but standards often match or exceed older factories in more established markets, writes Henry Foy.

The company said on Wednesday, May 4, that the factory will build four-cylinder gasoline and diesel engines for Mercedes-Benz passenger cars and create several hundred jobs, adding that the project was dependent on the granting of state aid.

“The planned establishment of a new engine plant in Poland is a further step in our global growth strategy. Capacity expansion in Eastern Europe reflects the increasingly international orientation of our powertrain production compound. This will lead to more flexibility and efficiency in our worldwide production network,” stated Markus Schäfer, Member of the Divisional Board Mercedes-Benz Cars, Production and Supply Chain Management.

The plant should be brought into operation in 2019.

Tags:economyindustryinvestmentpoland
previous article
Václav Klaus: the German chancellor would like an united Europe so Germany could govern her
next article
Czechia raises doctors’ salaries