Czechia, Prague – German Chancellor Angela Merkel was on an official visit in Prague on Thursday 25 August. On the agenda: the future of the EU following the “Brexit” and the migration crisis. 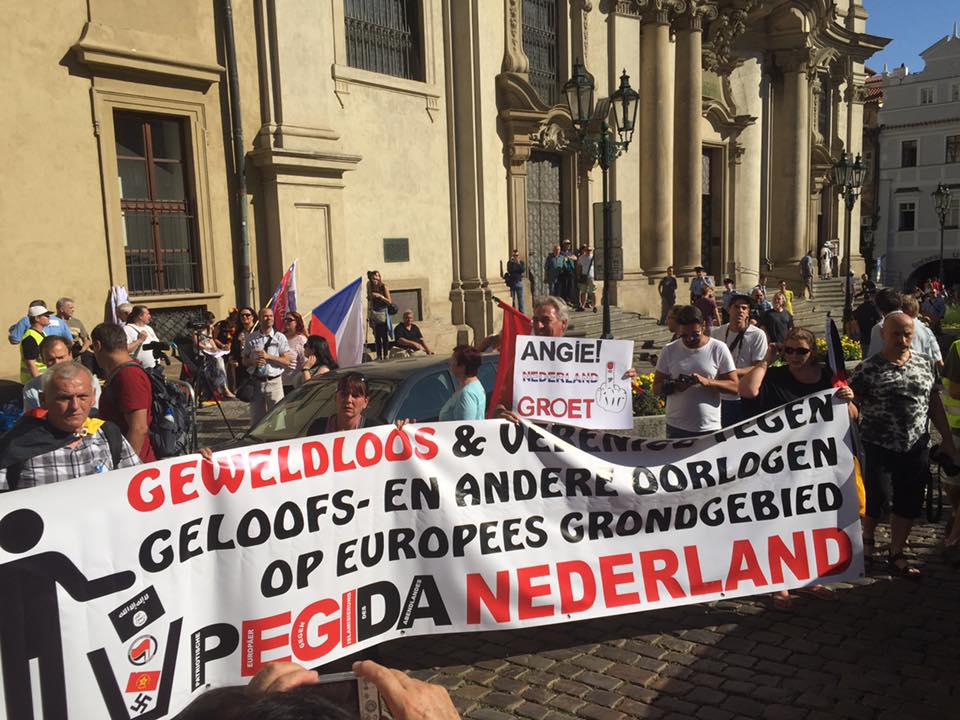 After meeting Prime Minister Bohuslav Sobotka, the Chancellor traveled to Prague Castle to meet Czech President Miloš Zeman. He is known for his outspokenness and his criticism of the immigration policy in Europe. According to media reports, when the Czech president offered flowers to the German chancellor, he told her to smile a bit. He then offered her other gifts, a copy in Czech and German of the book The Adventures of Good Soldier Schweik in the great war, written by Jaroslav Hašek. Is this a subtle way to tell Angela Merkel that her migration policy leads straight to a generalized civil war in Europe? Is it a way to say she is a good little soldier of forces seeking to overwhelm Europe with migrants? There is at least a question related to the nature of this gift, knowing that the main character of the book is described in the guise of an idiot in uniform, whose stupidity – real or feigned – completely blocks the Austrian military. Czech President also reminded Merkel that Germany could not hold responsible the countries who have not invited illegal migrants and demand quotas from them. 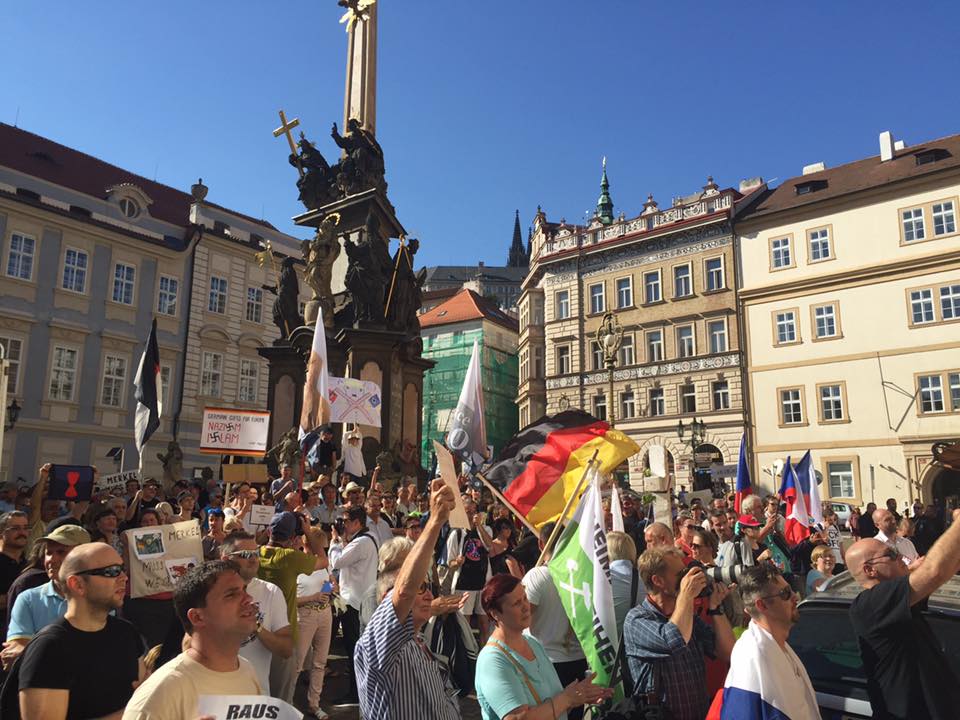 During the day, the protests against the presence of Merkel were numerous and widespread. It was risky to visit the Charles Bridge in the middle of the crowd, as she has done during previous visits. An incident also marked the afternoon, a man driving a black Mercedes tried to enter the convoy of the Chancellor, he was unceremoniously arrested by police. He was in possession of a telescopic baton and tear gas.

Article written by Alimuddin Usmani for lapravda.ch.
Translated from French by the Visegrád Post. 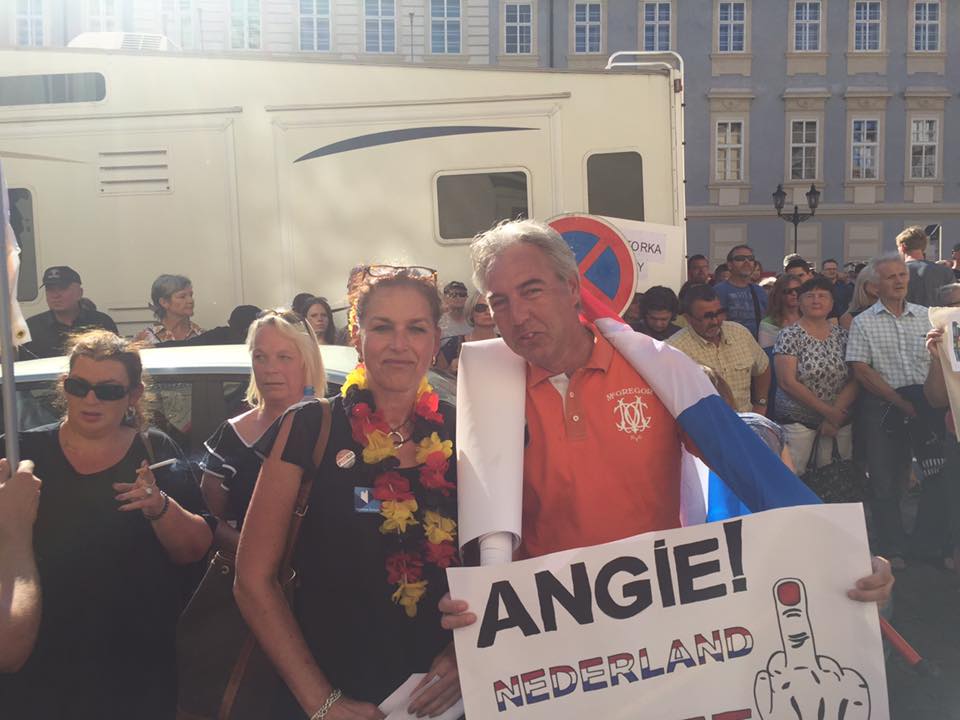 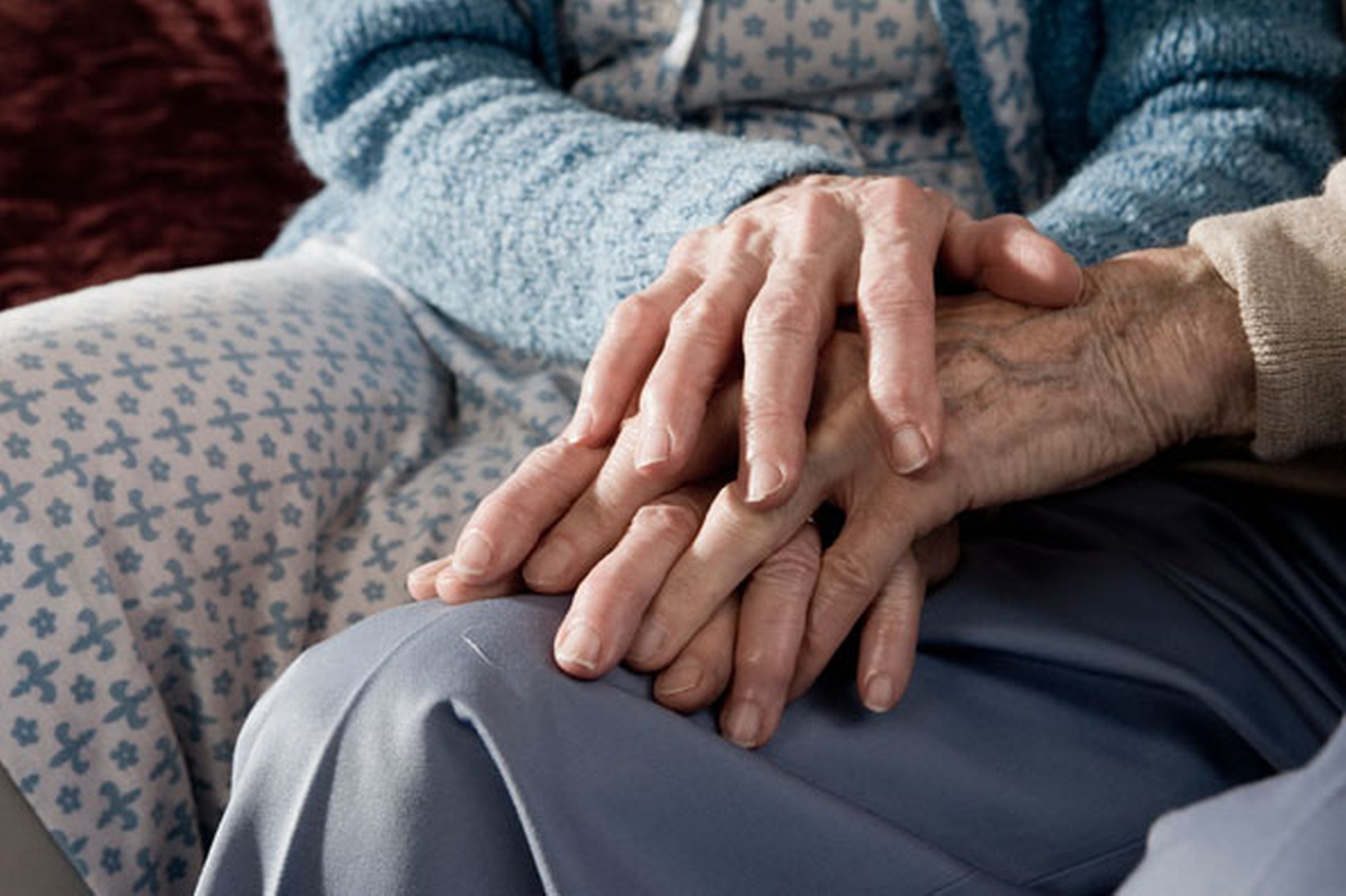 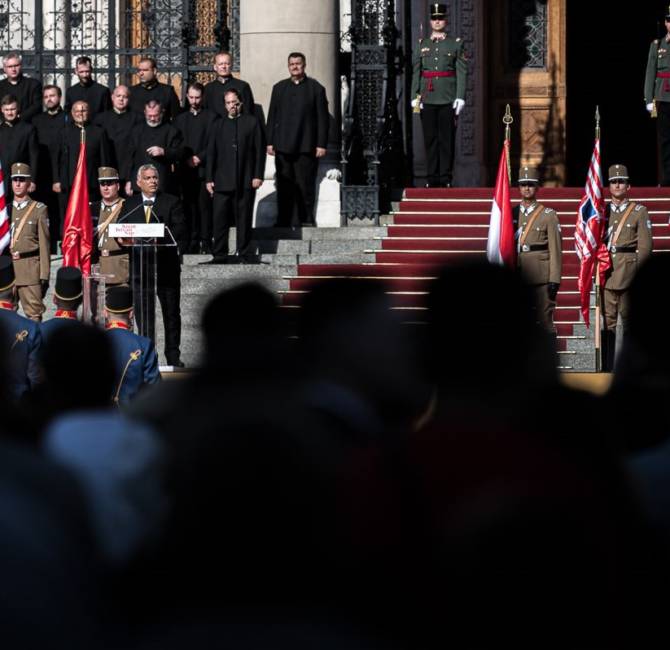