Poland – On January 24, the Institute of National Memory (IPN), the repository of the archives of the former security services of the communist dictatorship, has released 6500 files so far classified as defence secret. All the remaining confidential part of the communist services must be disclosed by 31 March. Only those documents whose disclosure could still compromise the security of the State will be left in the secret archives. The process of reviewing the communist archives is carried out in collaboration with the Polish security services. The Director of Archives of the IPN has informed that, to date, more than 8,000 of the more than 14,000 files have been cleared to be made public. However, the archives concerned do not contain the files inherited from the military intelligence of the former “popular” army.

The disclosure of these files, although it may prove embarrassing to some people, including those who have performed important functions in post-communist Poland, will give historians a vast source of information about the satellite Poland of Soviet Russia in the years 1945 to 1990, including the functioning of its political police and its counter-intelligence, as well as the persons who collaborated or were targeted by these services.

Among the new documents consulted by historian Sławomir Cenckiewicz, IPN’s vice-chairman of the board of directors, were Colonel Ryszard Kukliński, aka Jack Strong, who had been exfiltered in the USA after unveiling to the Americans plans of attack of the Warsaw Pact, and the future general, who became leader of the Counter-Intelligence of Democratic Poland in the early 1990s, Gromosław Czempiński. It was he who, as a Communist Security Service (SB) officer, led the operation against the CIA liaison officer in charge of contacts with Kukliński. If this file had been placed in the secret archives, it is precisely because of its important function in post-communist Poland. Even after the fall of communism, General Czempiński called Colonel Kukliński, whose two sons lost their lives in unsolved circumstances in 1994 (a vengeance of the former communist services?), a traitor. For, as General Jaruzelski had explained, “If Kukliński is a hero, then what were we? If we give Kukliński his honor and innocence, it means that we have no honor and that we are guilty. “

The disclosure of these secret archives could thus still make waves and accentuate the hostility of a certain opposition to the PiS. 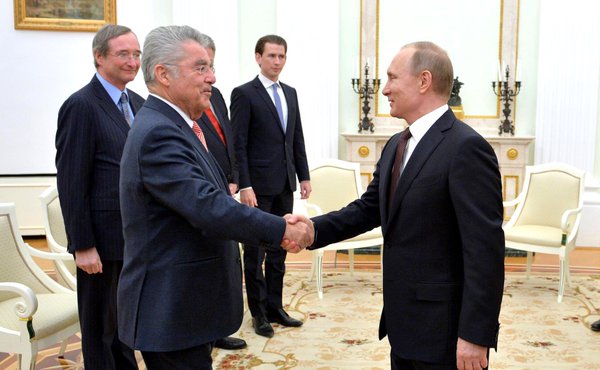 Warmer relations between Austria and Russia?