Moldova – In the spring of 2016, several Moldovan civil society organizations proposed and obtained from the government of the Moldovan Republic the formation of a “working group” to reform Moldovan legislation applicable to “non-commercial organizations”, that is to say, essentially, NGOs. After more than a year of work, this group has produced a bill, soon to be debated in parliament.

At the beginning of July, representatives of the Ministry of Justice who participated in the working group communicated to their civil society counterparts three proposals for modifying the preliminary text, which immediately provoked a general outcry from organizations of the so-called “civil society”. In particular, they propose to limit – as has already been done in various countries throughout the world, including Russia – the possibility of external financing of “non-governmental” organizations engaging in political activities inside the country, but also to increase the financial transparency of NGOs, and in particular to prevent them from concealing their sources of funding from the public.

An open letter, signed by (at the time of this writing) 28 organizations (including the Soros Foundation, Transparency International, Watchdog Moldova, the GENDERDOC-M Information Center, Amnesty International and Human Rights Embassy – to list only the most transparent names) was published on July 11 on the website of the Moldavian section of the Foreign Policy Association (one of the signatory organizations). Many of the signatory organizations have well-established financial links to the Soros galaxy (which, as confirmed by the DC Leaks, has recently shown a marked interest in Moldova); as the English (or bilingual Romanian / English) names make easy to suspect, they constitute, for the most part, the local subsidiary of an international network whose nerve-center is based in the Anglo-Saxon world; to judge by the names of the organizations, the dominant “humanitarian” theme in this list is that of women’s rights, followed by the LGBT agenda; finally, one interesting detail: although based in one of the poorest countries of Europe, none of these organizations seems to be dedicated specifically to tackling the problem of poverty.

This text, of disarming sincerity, deserves to be fully translated. In particular, it begins by recognizing in the specific jargon of “civil society organizations” that the text of the bill as it stood at the beginning of July 2017 “has not been subjected to undue influences on the part the Ministry of Justice or other authorities” – in plain English: that it was exclusively written by those “representatives of the civil society” who are members of the “working group”. Such a situation – in which the representatives of the democratically elected authorities of a country are de facto absent from the draft process – which corresponds quite well to the process of drafting numerous texts of the US Congress or the European Parliament (which would be better called registration offices for lobbying firms), seems perfectly appropriate to the signatories of the open letter, able only to deplore that it has been marginally disturbed by desiderata expressed by … the representatives of the people.

Whatever the real intentions of the Moldovan government (assuming that it has a unitary strategy in this field), the presumed consequences of the adoption of the text with the three above-mentioned amendments, as presented by the signatories themselves, is a genuine indictment of Western interference in the internal affairs of the Moldovan Republic:

“Moldova’s NGOs, by their absolute majority, benefit from funds provided by our development partners [a phrase conventionally referring to Western countries in general, and the EU in particular]. Such measures will deny funding to the majority of NGOs active in the country, and foreign political organizations and foundations carrying out activities in the Moldovan Republic would be obliged to put an end to them. This would affect thousands of people directly benefiting from NGO activities, and the functioning of democracy in the Moldovan Republic.”

In addition to the idea, of an already customary surrealism, according to which, in spite of regular and transparent elections, in some countries (indeed, almost all, apart from the USA, Canada, Great Britain and Western-European members of the EU) the “functioning of democracy” would be mysteriously dependent on the presence of non-elected activists paid (by their own admission) by foreign powers, this text states in black and white that:

1) As in Romania, Hungary and many other countries, “civil society” is in fact an imported phenomenon, which would not withstand a one-minute interruption of the constant infusion of foreign funds that sustain it.

2) In spite of the humanitarian pretexts (in fact, not so numerous: sexual “rights” and the “fight against corruption”, mostly) which accompany the creation and functioning of these organizations, they have for the most part an essentially political function. Indeed, the restrictions on foreign financing contained in the proposed amendments concern only organizations with political activities (in the strict sense, since, to quote from the text of the amendments, they target organizations “… contributing to the development and promotion of public policies aimed at influencing the legislative process (…) which may participate in political activities, electoral campaigns, activities linked to electoral programs, support for political parties …”). Recognizing that the envisaged restrictions would lead to the closure of the “absolute majority” of NGOs present on Moldovan soil is ipso facto to admit that, for at least an “absolute majority” of the said organizations, stricto sensu humanitarian, cultural and other activities are pure pretexts, which no one intends to maintain separately in the event that they are no longer able to fulfill the mission which, from the point of view of their foreign sponsors, justifies their funding: interference in the internal affairs of Moldova.

3) There is, of course, some vagueness in the expression “affected people”, but it seems reasonable to consider that, at least, it includes the employees of those organizations – the last sentence of the paragraph translated, thus a priori constituting the most pathetically sincere moment of this act of self-accusation, could be rephrased in the following way: “Dear government, let us continue our activities of interference on behalf of the foreigner, otherwise we will find ourselves unemployed”. As the Moldovan Republic is faced with a real problem of underemployment (forcing a quarter of its population to work abroad for several months every year), it is questionable whether the development of “civil society” will be sufficient to solve the problem. This would probably be the first historically attested case of a state living mainly on the revenues of foreign powers’ subversive activities within its territory.

The signatories then drive the point home, presenting a number of claims. The first two call for the pure and simple withdrawal of the amendments and the immediate promulgation of the text in a form fully decided by the organizations subject to… this very law; a key argument in favor of this demand for unconditional surrender of the State: the draft, as it had been presented, had been “appraised by international experts” [whose countries of origin the text does not specify: Switzerland? China? Brazil? Syria?].

Moreover, the third claim does not belie the audacity of the first two, simply requiring that “the diplomatic corps and development partners of the Moldovan Republic closely monitor the situation of civil society in the Moldovan Republic”. Since activists of the so-called “civil society” are, in Moldova and Romania, very regular hosts of Western (especially Anglo-Saxon) embassies, it is difficult to see how this “diplomatic corps” (which, despite the vagueness of the wording, does not seem to include diplomatic representatives of Russia or Venezuela, for instance) could monitor them more closely. The remaining interpretation, therefore, is that the letter simply asks these diplomatic representations to ignore the duty of reserve imposed by international treaties and the immemorial customs of diplomacy and to continue treating the Moldovan Republic as an occupied country.

While the support given by President I. Dodon to the Eurasian Conference organized at the end of May by I. Roşca in the Moldovan capital city of Chişinău, notably attended by A. Dugin and L. Vassadze – who took part in the family forum of Budapest this year, Ed. -, came a half-surprise, two days later, the expulsion of five Russian diplomats by the Ministry of Foreign Affairs (against the will of President Dodon) was a real cold shower. In such a context, the amendments proposed by the Ministry of Justice (apparently rather hostile to Western political interests in Moldova) seem to be the next step in the zigzagging of a Moldavian power visibly divided as to what attitude to adopt regarding the offensive of Western soft power currently targeting Moldova. The attitude of Moldovan employees of Western soft power, meanwhile, leaves no doubt about the state of mind of their bosses, determined at all cost to bring to its knees the small – and far too independent – Republic of Moldova. 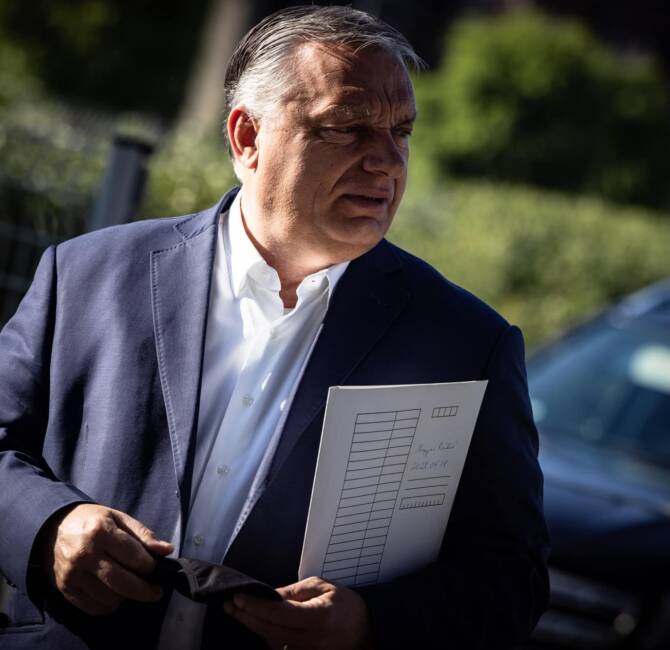 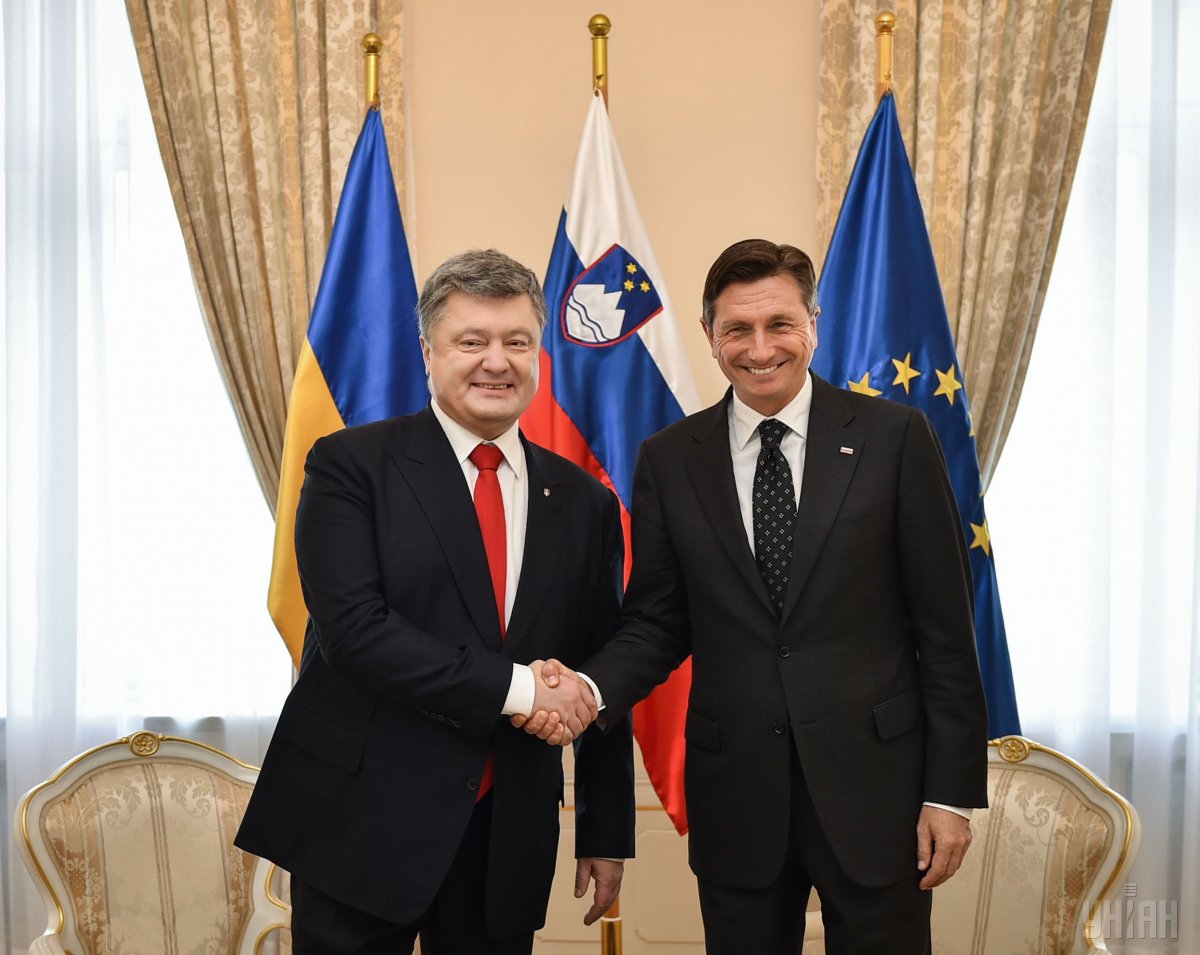