Romania – Last week the Visegrád Post published the official English translation of an interview given by Viktor Orbán to a small provincial newspaper for Romania’s Hungarian minority (Bihari Napló, i.e. “Bihar Daily”). Those readers less familiar with Central European issues probably viewed the offer of assistance in border control which the Hungarian PM extended to the Romanian authorities as its key point.

While this offer is certainly deserving of attention, as it confirms once again that Viktor Orbán’s Hungary, despite phenomenal pressure from the fiercest propagators of anti-national thought within the EU (notwithstanding, in particular, E. Macron’s election in France, Hungary’s recent disavowal by the Union’s Court of Justice, and the un-triumphant, though nonetheless comfortable re-election of A. Merkel as Chancellor of Germany), has no intention whatsoever of backing down from its position that the ethnic composition of the country is non-negotiable. Hungary’s capitulation, as speculated by some French sovereignist analysts based on the contradiction between Hungary’s anti-immigration policy and its loyalty to the Euro-Atlantic structures, does not seem to be any closer. It would, however, be bold to assert – as the Hungarian liberal opposition, in particular through the voice of former Hungarian PM F. Gyurcsány – that Orbán deliberately opts for a break with the EU. It seems much more reasonable to think that the Hungarian government continues to hope that Western European states will eventually return to reason. Should this fail to happen, then the Hungarian people, through the voice of its very charismatic leader, has once again warned Brussels and Berlin that their loyalty is not unconditional.

For more seasoned observers, however, the main lessons of this extensive and in-depth interview lie elsewhere. It should be kept in mind that it was granted to a newspaper belonging to the Hungarian minority in Romania (mainly present in Transylvania, a former Hungarian province, where Hungarians still number over a million – thus constituting the largest national minority within any EU member state), which – like most of the ethnic Romanian population of the country – does not have the migration crisis as its principal concern: Romania remains essentially a country of outward migration, having bled one-fifth of its population since the fall of communism, and where few migrants want to take the risk of lingering, as welfare payments are almost non-existent, and wages even lower than in Hungary – while consumer prices are essentially the same. Within the Hungarian minority, the bulk of the population (and in particular the social segments that have been voting most heavily for FIDESZ, ever since the latter – as Orbán recalls in the interview – has made much more easy for them the obtaining of Hungarian passports) lives in villages and small towns, most of them ethnically homogeneous (many Hungarians, few or no Romanians and gypsies, especially in the Szekler Land); the problems that dominate their daily lives are therefore primarily of an economic nature (few jobs in the primary and secondary sectors, outside of major cities), infrastructural (poor road and supply networks, particularly water and gas) or, at the most, educational (as if by chance, it is the only aspect of the “minority” problems with which V. Orbán concerns himself in the interview, referring in particular to Hungarian-language technical education). Urban Hungarians in Romania, on the other hand, are – apart from the employees of multinationals, recruited from a liberal-libertarian fauna which, in line with its cosmopolitan vision of the world, has long since turned its back on not only FIDESZ, but even the ethnic Hungarian parties in Romania – mostly white-collar workers in a typical Third World bureaucratic economy, where the state and local administration generate the bulk of jobs; these bureaucrats, generally bound by client relations to the Democratic Union of Hungarians in Romanian (DUHR, the main party of the Hungarian minority), but often finding FIDESZ “too radical”, tend to be culturally liberal and pro-Western, but find themselves in competition with their Romanian colleagues for grabbing the public manna, which makes them structurally more sensitive to any autonomist discourse which – although it implies little chance of real changes and / or appreciable improvements in the condition of Hungarians in Romania – at least provides a useful tool for bargaining with the Bucharest pay desk. This fraction of the minority population therefore has, as might be expected, followed with great attention the events of the Catalan crisis (which also reactivated, on the Romanian side, the almost neurotic phobia of “Hungarian irredentism”). To the inevitable question of the Transylvanian journalist (perfectly representative of the social category described above), nevertheless, V. Orbán’s answer is a cold shower:

“The Hungarian government does not wish to respond to the events taking place in Catalonia, because we regard them as Spain’s internal affair.”

One could not be more clear. Rather than joining some imaginary “irredentist Internationale” in the hope – perhaps illusory, moreover – of adding, at the cost of an irredentist rhetoric without real content, a meagre one or two percent to the already impressive electoral results of FIDESZ among Hungarian voters from Romania, V. Orbán behaves as a responsible head of state: with Hungarians now constituting less than 20% of the Transylvanian population, the very idea of a “return to Hungary” is rather fanciful. He might also be aware that the networks behind the bulk of autonomist agitation in Transylvania (such as the media trust “Transilvania”, owned by the Cluj-based oligarch A. Pászkány, ethnically Hungarian, but dependent on German financial interests) relies on the regionalism of some Transylvanian Romanians, and is guided by Western (particularly German) circles who are generally hostile to the FIDESZ regime.

Instead, V. Orbán devoted much of the interview to confirming the existence of cordial personal relations with L. Dragnea, leader of the ruling Social Democratic Party (SDP) in Bucharest [these relations were established during a recent telephone conversation we reported on here], and – contrary to the insinuations of the journalist who conducted the interview – the deepening of the partnership he maintains with H. Kelemen, the young and talented DUHR president who, although the anointed heir to former DUHR president B. Markó’s, has never shown clear hostility to FIDESZ, and now uses this good personal record to reorient his ideologically amorphous party (which a few years ago was still locked in Europhile centre-left positions inherited from the 1990s) towards a doctrine of regional integration compatible with the philosophy of the Visegrád project.

V. Orbán seems to have realized that a part the urban-dwelling segment of Transylvania’s Hungarian population is culturally indistinguishable from their Romanian counterparts. Not only are they anti-DUHR, anti-SPD, and strong supporters of perceived “anti-corruption” lustration, but they are also allies of the anti-FIDESZ movement currently radicalizing in Hungary among left-wing liberals and – more surprisingly – in the ranks of a Jobbik party which no longer seems to have any fear of becoming the Hungarian version of Ukraine’s Svoboda. The Hungarian urban elites in Romania show the same structure, orbiting around a “youth” vanguard compassed by G. Soros’ “civil society” and employees of English-speaking multinationals. They have, for most part, renounced the ethnic vote and thrown their support behind the new USR party (a kind of En Marche, theoretically multi-ethnic, but de facto Romanian). Therefore, paradoxically, the fiercest Transylvanian opponents of the “neo-communist” and “nationalist” power in place in Bucharest are also predominantly the mortal enemies of the Hungarian national project promoted by FIDESZ (now exclusively, since Jobbik’s betrayal of Hungarian sovereignism). In any case, a recent speech held in Cluj by Orbán’s right hand, L. Kövér, bears witness to such a realization.

From L. Dragnea, Orbán has already obtained the promise of a satisfactory solution to the problem of the Marosvásárhely / Târgu-Mureş Catholic High School (a problem created out of nowhere by a court decision which could well be explained by the well-known influence of Romanian secret services – themselves notoriously dependent on the West – on the Romanian judicial institutions). In publicly confirming, in the press of the Hungarian minority, the reality and content of their telephone conversation, V. Orbán acknowledges and politically rewards the risky gesture of his Romanian partner, who chose to swim against the tide of the Magyarophobic propaganda in which even a faction of his own SDP party (the sympathizers of V. Ponta, notoriously close to the secret services) also indulges. As he also did in Serbia, Orbán shows Hungary’s neighbours that his country is a reliable and realistic negotiating partner, and to its enemies, that it is no longer as easy as in the past to take action against Hungary’s long term interests by “taking hostage” some Hungarian minority in neighbouring countries. In the case of Romania, the neutralization of these old mechanisms of Western (and especially German) Realpolitik requires the neutralization of irredentist “free radicals” within the Hungarian minority – a task that FIDESZ can now clearly delegate to a DUHR which, renouncing its old function as a bone of contention between Budapest and Bucharest, seems even, under the intelligent leadership of H. Kelemen, prone to becoming a bridge between the consolidated Hungarian sovereignism and the timid and difficult beginnings of an emancipated national governance in Bucharest.

Exposed, in Hungary, to the violently demagogic attacks of a formerly Eurasianist Jobbik recently “flipped” by the West, V. Orbán, by publicly assuming this beginning of a geopolitical and trans-partisan alliance with the “social democratic” SDP party in power in Bucharest (generally described as “centre-left”, though supported by a culturally conservative rural Romanian electorate) – an alliance now favoured by his improved relations with a DUHR party affiliated, like FIDESZ, to the EPP (although historically characterized by a more liberal and Europhile line) –, shows that he is also capable of effective Realpolitik. This sovereignist “ecumenism” also extends to religious questions: to the great despair of the Hungarian urban elites in Transylvania (prone to chauvinism in spite of their societal liberalism, and generally anticlerical, or at least utterly hostile to orthodoxy), shortly after opening a Calvinist church in Cluj, on the evening of a building inauguration at the Partium Christian University (also dominated by the Reformed Hungarian Church of Transylvania), V. Orbán openly proclaims his confidence in the Romanian Orthodox Church, conscious that the latter, even more than an ideologically amorphous and blackmail-vulnerable SDP, is the main institutional obstacle to the globalist agenda in Romania.

Both sides being obviously aware of the risks of inter-ethnic tensions involved in the series of celebrations scheduled for 2018 to commemorate the events of 1918 (remembered by official Romanian historiography as the “reunification” of the Romanian provinces on both sides of the Carpathians – and Hungarian official historiography as the “Trianon Catastrophe”), the “strong men” of Budapest, Bucharest and Cluj (provided we – rather arbitrarily – consider Cluj as the centre of the diffuse power of the DUHR over the Hungarian minority in Romania), all three seated on comfortable electoral majorities – V. Orbán, L. Dragnea and H. Kelemen – seem determined to build a patriot-social and “moderately Eurosceptic” (to quote the ideological category attributed to FIDESZ by Wikipedia) axis to meet the challenge of potential provocations by chauvinistic elements remote controlled by Western powers. Not to mention the common interests of Hungary and Romania in Ukraine (in the face of the anti-minority bullying of the pro-NATO junta in power), one can easily see Romania’s collective interest in building this axis – which, in the voice of V. Orbán, explicitly promises Romania full support in its regional integration efforts (currently sabotaged by Western member states, such as the Netherlands). Will it suffice to impose a minimum of geostrategic discipline on a Romanian political class dangerously dominated by personal interests (including outright bribery) and powerfully influenced by the instruments of Western (and especially German) soft power? This is probably the main unknown in the short term of this new centre-European equation. 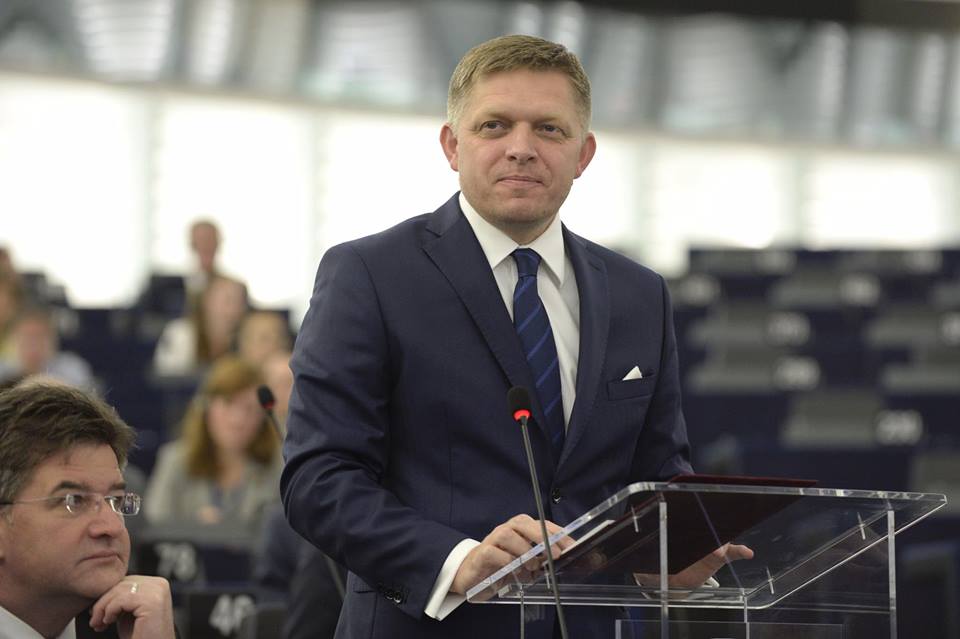