Romania – The means to know the future in advance are the subject of an old and repetitive debate, concerning the comparative advantages of the crystal ball, necromancy and Jacques Attali’s table talk. Regarding the political situation in Central Europe, however, a new inexpensive prognostication method conquers new followers every day: reading the Visegrad Post.

Five months ago almost to the day, we wrote here:

“Serving as a cover for this recapture [of the Romanian state by the heirs of Ceaușescu’s Securitate], a National Anti-Corruption Directorate (NAD [DNA in Romanian]) bypasses conventional judicial mechanisms through procedures inspired by the West’s “fight against terrorism” (…). Since then, practically, “the services” (as they are called here) can listen to anyone without a warrant, have access to all police files, notarial records etc., while the NAD makes such a widespread use of pre-judicial arrest that it has already been the subject of harsh criticism even in the West. In practice, it can be said without exaggeration that habeas corpus, after a short parenthesis of application during some fifteen years after 1990, is again abolished in Romania, almost as much as before 1989.”

These assertions, like almost everything we have written about Romania for almost two years, have naturally earned us the usual concert of taunts and insults, coming, partly (and unsurprisingly) from a mainstream readership accustomed to believe and regurgitate the Central Europe fairy tales and Central Europe horror films of the Guardian and Liberation, but sometimes also from a readership more politically committed, more favourable to the Visegrad project, but dramatically unaware of Romanian realities. Even in Viktor Orbán’s Hungary, in specialised media and public sources of expertise, the dominant narrative about Romania only started to deviate from the Western model in the winter of 2017-2018, almost one year after our first analyses were made public.

But what do we read in a letter dated August 22, addressed to the Romanian President Klaus Johannis and signed by … Rudolph Giuliani, former New York prosecutor and mayor, GOP godfather and Donald Trump’s lawyer?

“[Romania’s] strides [towards “the rule of law”], however, have been severely undermined by the excesses of Romania’s National Anticorruption Directorate („DNA”) under its former Chief, Laura Codruta Kovesi, including: intimidation of judges. defense lawyers, and witnesses; unconstitutional phone tapping; forced confessions; and, unfair judicial processes.”

This is, of course, an open letter, to which Klaus Johannis will most probably not answer, or at most give a “return to sender” answer. It is obviously a gigantic hostile P.R. operation against Klaus Johannis and his allies in politics (the “Romanian right”) and within the state (the “binomial” we have often commented upon, e.g. here and here). The operation may well have been orchestrated in Romania by Adrian Sârbu, press mogul, propagandist of very high rank and talent, formerly closely linked to American influence circles, and who recently came under violent attack of Laura Codruţa Kövesi’s DNA (before Johannis had to countersign on July 9 the decree by which Dragnea’s government fired her); whatever happened behind closed doors, it is a fact that in Romania, the facsimile of the letter was first published by a site (Mediafax) controlled by said Adrian Sârbu.

However, it would probably be wrong to see in this case only a local battle between Sârbu, Giuliani and the Johannis-Kövesi tandem. It rather seems that the entire Trump system, like its Hungarian ally, now fully embraces the cause of the moderate populists of the PSD-ALDE coalition, currently controlling the parliament and the government in Bucharest, and launches a no-prisoners assault on Johannis’ camp and the remainders of the Băsescu system, which these days seem to have landed under direct and total control of the Brussels-Berlin axis (amidst, perhaps, the interested neutrality of Russia).

Indeed, on the eve of August 22 (date of Giuliani’s letter), on the pro-government private channel Antena 3, Liviu Dragnea, PSD boss and leader of the ruling coalition, gave, for the first time since the landslide parliamentary victory of his coalition at the end of 2016, a long television interview (more than an hour and a half). During this interview, he described the country’s para-colonial situation with a frankness unprecedented in Romanian history since the country’s accession to Euro-Atlantic structures: pointing (without naming) at multinationals and international banks (virtually all Western-owned) active in Romania as donors and inspirators of the #rezist movement, he has identified the upkeeping of their tax evasion schemes (via, in particular, off-shore companies) as the real stake in the ongoing Bucharest battle. The number 3 of the Romanian state, on the other hand, was not stingy with names when it came to identifying the conveyer belts operating between this colonial oligarchy and the masses of naive protesters – namely the “binomial”, with all its subordinate structures, described in terms that will be found the next day, almost identical, in Giuliani’s letter. Finally, the highlight of the show: he revealed to be aware of a recent failed assassination attempt on his person, whose sponsor would be “a very famous man” (most probably Georges Soros, if we judge by Dragnea’s soft defence when the interviewing journalist tried to extort the famous “philanthropist’s” name).

This interview can therefore be considered as an equivalent (stylistically more cautious, less lyrical and more meandering: in a word, more Romanian) of Viktor Orbán’s speech of March 15, in which he declared that he is no longer fighting against a hypothetical internal opposition (almost non-existent indeed in Hungary, and quite weak in Romania), but against “the real opposition”, which, from Orbán and Dragnea’s point of view, is made up of local auxiliaries of the international networks of left-wing globalism.

It is nevertheless symptomatic that, unlike their Hungarian counterparts, the Romanian populists, at the time of putting their cards on the table, thought it necessary to add to their manifesto the symbolic weight of a letter in English – a symptom of the superstitious respect still inspired to the Romanian elites by the (more and more contradictory) word of the West. From a socio-economic point of view, it is therefore not certain that the Romanian people will, in the short term, draw huge profits from this chess move in progress: indeed, it is likely to have to pay (in arms purchases, in particular) as much to Trump’s America for Rudy Giuliani’s well-inspired letters than it hitherto had to pay (in particular under the form of wild logging for Schweighoffer Holzindustrie and in gas extracted from the Romanian soil for symbolic royalties and resold at European prices to the Romanian population) to the big German capital for the certificates of democracy formerly generously granted to the Băsescu regime by a still united West.

In the medium term, on the other hand, it is difficult for any Romanian or even Central European patriot not to rejoice at the continued political weakening of Klaus Johannis – a character of rare toxicity, if one thinks, for example – to mention one case out of a hundred – that he is currently blocking the promulgation of Dragnea’s “Offshore Law”, which is probably, in the whole Romanian parliamentary history, the piece of legislation liable to earn the Romanian state and the Romanian society the greatest enrichment ever. And the calls for the amnesty of the DNA’s convicts expressed in Giuliani’s letter have already been interpreted by many as a green light granted to Călin P. Tăriceanu, ALDE boss and current president of the Senate, in view of the decisions he may soon be able to take when acting as an interim president after the parliament would launch an impeachment procedure against Johannis. Moreover, a poll published on August 23, whose representativeness is naturally guaranteed only by its readers’ confidence, already credits 13% of voting intentions to the Romania Together Movement party, founded less than two months ago by the former prime minister – former European commissioner and #rezist idol – Dacian Cioloş; potentially dividing the anti-PSD vote, this high-risk innovation may either reflect the state of panic of Klaus Johannis’ Western supporters, now forced to realize that their protégé has become a political zombie (or even worried about the risk of seeing him change sides in extremis to save his career – a risk to which we have already alluded), either stems from underground manoeuvres of the same pro-government lobby whose hand might also be behind “Operation Giuliani”. In both cases, Dragnea’s counterattack seems to be victorious, and it is probably a PSD-ALDE-ruled Romania which will, in 2019 (year of all the dangers for the liberal globalist elite, after Viktor Orbán publicly declared that he is counting its days), take the rotating presidency of the EU.

In the long term, finally, we can consider that the most politicized layers of the Romanian population are currently being given a lesson they will not forget anytime soon. Giuliani’s reuse – almost word for word – of the “rule of law” rhetoric (so dear to the #rezist movement and the supporters of the Johannis-Kövesi tandem) as part of a pro-PSD-ALDE operation exposes in full light Western cynicism, and, in Western discourse, the purely instrumental character of these idols of the progressive pantheon (“rule of law”, “fight against corruption”, “human rights”, etc.) in which so many Romanians still believe. The older ones, however, will find it hard not to notice the formal resemblance of this recyclable rhetoric with that which once served as a cover for internal purges within the single parties of the communist bloc. As elsewhere in the world, the divided West proves to be less talented at hiding its true face than the united West was: the king is naked. 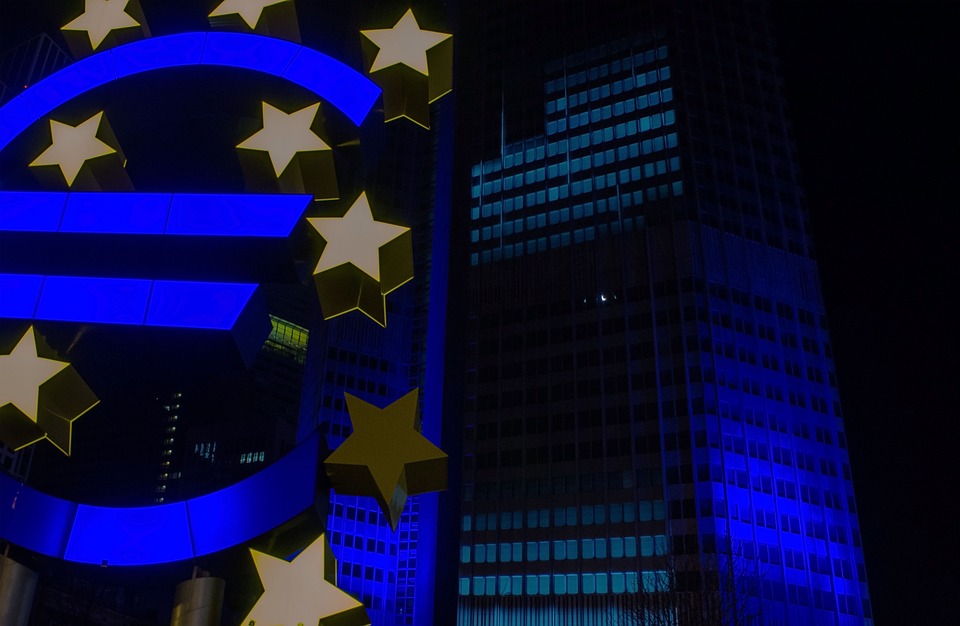 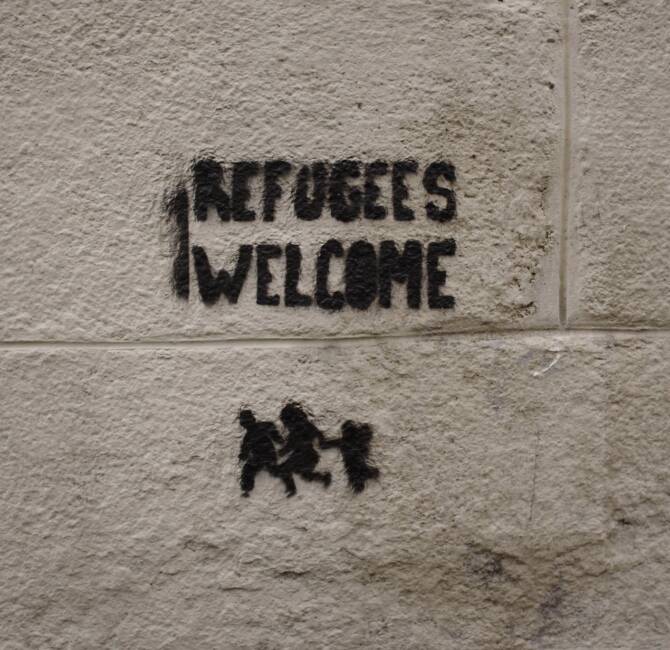