Hungary – While the opposition calls it a scandal and a freedom-destroying disposition, the new law on the right of assembly is in fact only a measure to fill the gaps in the legal arsenal in force since 1989 in this area.

The new law also endorses a judicial practice, due to the organization of meetings by means of new technologies, by establishing the notions of urgent assembly and spontaneous meeting. It organizes this public freedom and specifies its limitation as to the time of notification and the respect of other rights. It is even accompanied by a toughening of the criminal law with regard to those who would hinder the holding of a meeting!

No offense to the supporters of the hard line of the DK (Demokratikus Koalíció, left liberal party, ed), the text does nothing to end the simple street discussions and does not allow the organization of a violent crackdown on demonstrations – otherwise common practice in the West and blithely used in Hungary at the time of the events of 2006 … when the president of DK Ferenc Gyurcsány was Prime Minister.

However, if the legal provision is now clearer, banning a meeting has been a political decision for all time and everywhere. This law is therefore a means of knowing whether Budapest will occasionally be ready to follow through to the end its illiberal logic – a doctrine consisting of the primacy of popular sovereignty over individual sovereignty and of the primacy of politics over the concept of right. In the meantime, here is a summary of the law in question:

Right of assembly: the new law enters into force

On October 1, a new law replaced the one that has been applied in this area since 1989.

The law applies when at least two people meet for the purpose of publicly expressing – that is, when anyone can join the gathering – their opinion on common affairs.

The assembly project must be served on the competent police authorities at the earliest three months and at the latest 48 hours before the start of the meeting.

If compliance with this deadline for notification compromises the purpose of the meeting, the authorities must be notified immediately after the event at the origin of the assembly (urgent meeting). It is not obligatory to notify the holding of a meeting if it proceeds from an event preceding it and is directly related to it, and if it takes place without planning and organizers (spontaneous meeting).

If more than one meeting is scheduled at the same place and date, the authorities allow the meeting which has been first declared. Authorities may decide to prohibit a meeting if they consider it to be a direct and disproportionate danger to public safety or order, or if the rights and freedoms of others may be disproportionately violated.

A meeting may be prohibited if it hampers the obligations of a person’s provision of diplomatic immunity in Hungary; or if it disrupts court operations or transportation.

The prohibition of a meeting – because of the technical means used and its duration – is also possible when it is likely to hinder the right to private and family life, to undermine human dignity, or to the national community in its ethnic and religious dimension, or if it  endangers the freedom of movement and domiciliation.

Authorities may prohibit a meeting if it is scheduled in a place where the nation has chosen to celebrate the memory of victims of inhumane crimes committed under National Socialist and Communist dictatorships and consider that its holding could cause its participants to question, to downplay, deny, or attempt to justify these crimes, which could lead to public disorder.

Decisions of the police authorities in this respect may be appealed by the organizers in the context of an administrative procedure.

The presence of firearms, explosives, “anything likely to endanger physical safety”, and the wearing of “semi-military clothing that may carry violence or cause fear” are prohibited at a meeting.

The leader may choose to exclude from the meeting an individual who would seriously affect its conduct. The participants are bound by the instructions given by the leader as to the peaceful conduct of the meeting.

At the end of the meeting, the organizer must implement the removal of the installations, posters and other signs, and the evacuation of any waste caused, as well as the repair of the damage caused to the environment. The organizer is jointly and severally liable with the participant in case of prejudice to a third party.

The new law on the right of assembly is accompanied by amendments in criminal matters: the person who disturbs or prevents a meeting is liable to a penalty of one year’s imprisonment, while the one exercising physical violence on the leader or the organizer risks two years.

The right of assembly is used in an abusive manner if the organization is done on private land without the consent of the owner, if someone shows up at a forbidden meeting, if the organizers prevent the presence of the police and journalists on place, if there is no prior notification or if a participant refuses to communicate his or her identity to the organizers. 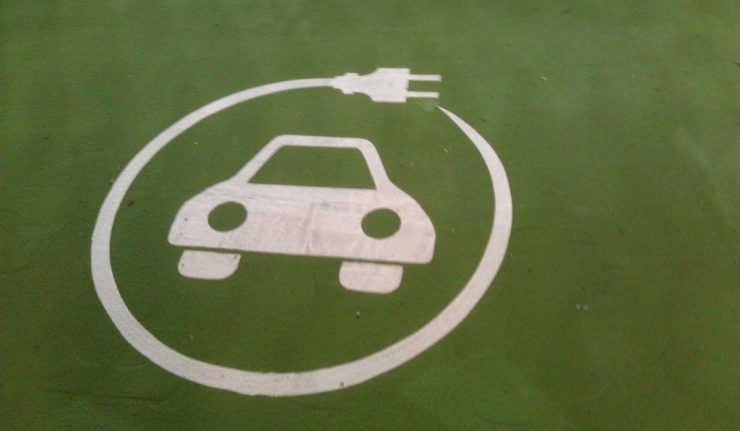 Electric Vehicles: a lot of public money for little impact