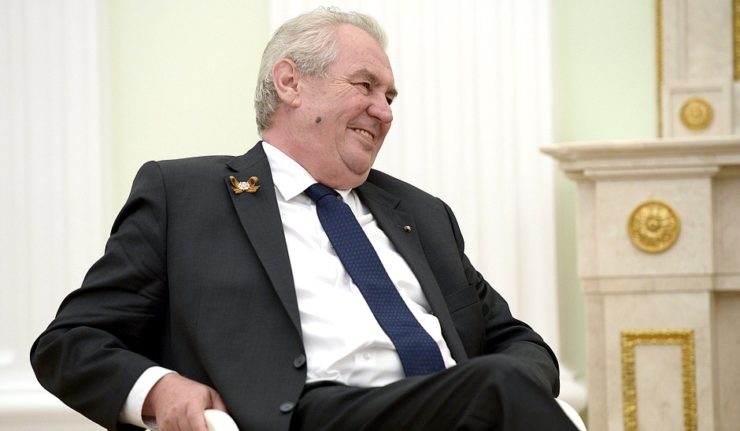 By the editorial board.
Czechia – Miloš Zeman wants to strengthen cooperation between the countries of the Visegrád Group (V4) and Austria. The tenant of the Hradchin spoke on Czech TV channel TV Barrandov on January 24 about the Franco-German couple that is strengthening its alliance by signing a new treaty in Aachen, which it “inspired him the idea of enforcing enhanced cooperation also at the level of the V4” and proposed that Austria join the Visegrád Group (which already includes, in addition to Czechia, Poland, Slovakia and Hungary). “I will go to Austria in March [on an official visit], we will see how they react to my idea”.

This is not the first time that voices have risen in this direction in this alliance founded in 1991 by Czechoslovakia, Poland and Hungary in the Hungarian city of Visegrád on the banks of the Danube in memory of an alliance Medieval sealed in 1335 in the same city between John I of Bohemia, Charles I of Hungary and Casimir III of Poland. The chairman of the Freedom Party of Austria (FPÖ) and Vice-Chancellor Heinz-Christian Strache had already said to be in favor of such cooperation during the 2017 legislative campaign, while Christian Democratic Chancellor Sebastian Kurz (ÖVP) was more in favor of Austria being a “bridgehead” between “Germany” in the West and the V4 in the East of the European Union.