Interview with the Polish rapper Evtis, “One can love their nation and be proud of it, and respect the other nations, their traditions and their culture”.

Poland – On the 11th of November, the Independance March in Warsow gathered near to 300.000 people. Sébastien Meuwissen, a part Belgian part Polish journalist, met with one of them.

From the city of Poznan, Evtis – alias Marius Chojnacki – is now a staple in the Polish patriotic rap scene. This rapper close to the nationalistic movement is also engaged in the charitable sector and regularly helps disabled people. His very politicized and often funny songs aim to denounce “the lies of the media, the fight against Christian values and corruption of Polish elites”.

On the cover image, the rapper Evtis shows a memory picture from a game of the Lech Poznan, a soccer club of which he is a fervent supporter since he was a kid. Source: Youtube.

Sébastien Meuwissen: Every year you are part of the Independence March in Warsaw. What does it mean for you? Do you have a specific role there?

Evtis: We can say that the 11th of November is always for me the day of the commemorations linked to the Polish independence. Of course the March of Independence is the largest patriotic celebration of the year. The participation to the commemorations and to the march is an extraordinary experience of course. Those who feel linked to Poland, the homeland and the nation feel this in a very special way. For this occasion they manifest their attachment to the national values by being there. I have no role. I’m just one of them, even if the last couple of years I sang before the beginning of the march. Also it is not unusual that in the crowd, some people come to congratulate me and to thank me for what I do, which is very kind.

Sébastien Meuwissen: In some of your songs, you make fun of the KOD (Committee for the Defense of Democracy) and the anti-government protests? What is the KOD? What did it do for you to make fun of it?

Evtis: As its name suggests, the “Committee for the Defense of Democracy” is supposed to defend democracy. The funniest in the story is that it has been created the day after some democratic elections at the end of which the party that has been running since 8 years, the PO (Civic Platform) lost. The new government didn’t even have the time to begin to govern that this group for the defense of the democracy showed that it had a problem with democracy. The members of the KOD couldn’t accept the results of a democratic vote and the meltdown of their political option. To tell the truth the KOD is the committee for the defense of the old communist system, which is still present today and hidden in the heart of every institution, including the media, politics and judges.

Sébastien Meuwissen: You are Christian. You sing “Today mother, I go to fight”. You also participate to pro-life initiatives. What are they?

Evtis: In my songs I try to highlight my faith and my devotion to God. I think it is a normal thing to which one can and must identify oneself with, and there is no shame to that. In the song “Today Mother, I go to fight” I wanted to describe the tight link that I have with every single one of my three mothers, and that everyone has-Virgin Mary, the mother Poland our homeland and my own mother whom gave me the life and fought for my life when I have been paralyzed after an incident in my childhood. Of course I also fight for the life of children that are not born yet. Every life is important and we must take care of every human-being. The truth is that from the conception, there is the birth of a new human life that develops itself with its own and unique DNA. It’s a medical and scientific fact. No matter the name-foetus or mass of cells-, it is still a growing human life and we must take care of it and not suppress it.

Sébastien Meuwissen: In some songs you refer to the fact that some media call you a “fascist”. What do you have to say about that?

Evtis: I can only laugh about it because it has nothing in common with the truth. Most of the time, the people that talk about me that way have no idea about what is fascism. When someone has a different opinion than theirs, they classify this person as fascist in order to avoid a discussion with arguments, because it is not worth it talking to fascists.

Sébastien Meuwissen: Do you consider that in Poland we can express ideas and benefit from the freedom of speech?

Evtis: Personnally I rarely had to face any pressure; But one of my songs “Tolerance” in which I talk about homosexuals and other related topics, has been blocked on Youtube even though it hurts no one. I only describe what is tolerance according to me. The song has been reported many times to Youtube for its spirit that has been judged hurting and eventually it has been blocked. In Poland there are many independent media that can cover various events with no problem. But these media have difficulties to spread to a larger audience with their message. In a general way there is no issue with the freedom of speech even though anyway the most view channels are the ones like TVN-a private television close to the PO. This channel recently paid 20.000 zlotys (about 4.700 euros) to a group of people so they could organize a birthday party to Adolf Hitler in the woods. Then TVN organized a report in which it shows how fascism and Nazism are spreading in Poland etc. It’s a pitiful channel but unfortunately Poles watch it and believe in its lies.

Sébastien Meuwissen: And what about freedom of speech in Western Europe?

Evtis: I don’t know about the freedom of speech in the media in Western Europe. But for example I know that after the New Year’s events in Cologne, German media were forbidden to talk about the rapes from the migrants. Everyone must ask oneself if we can speak about freedom of speech of the German media when it’s forbidden to talk about what happened that night.

Sébastien Meuwissen: The 11th of November, 2018 Poland celebrated the 100 years of her Independence recovery. Why is it such an important event?

Evtis: If we look at it from our Polish history point of view, it’s an important event for every Pole. Poland has always been surrounded by giants, on a side Germany, on the other Russia, and has always been the target of attacks that forced her to fight for her independence. Our history taught us how to fight, how to raise and how to triumph. There was no Poland on the maps for 123 years. Despite of that, polishness survived in the heart of Poles and even after all that time, we have been capable of rebuilding our nation and our country. It is an unbelievable achievement that deserves to be celebrated every year. It is important to remember of all that amazing Poles that dedicated their life for the country to reappear on the maps. Among them, I would mention Roman Dmowski and Ignacy Paderewski.

Sébastien Meuwissen: This last couple of years, cooperation between the Visegrad group countries has strenghtened. Do you think this group has any influence on the international stage?

Evtis: Yes of course. A common voice from the central European countries will always be a voice to take into consideration. According to me, international politics should be handled in a way that it is truly beneficial for us as a nation, and not only to improve our international relations. Sometimes it’s better to have tense relations with our neighbours and have a larger discussion spectrum than to be subject to a theoretically stronger state and so to risk to be exploited.

Sébastien Meuwissen: I come from a country with a really limited knowledge of Poland. Do you have any message for the young Belgians, French, Germans,…?

Evtis: With no hesitation, the message I want to give is that the attachment to the nation, the homeland, the national colors, the language, the tradition and culture is nothing wrong. The love for the nation, in another word nationalism, is not fascism, racism or xenophobia. One can love their nation and be proud of it, and respect the other nations with their traditions and culture. It’s like with family. One can love their family and wish all the best to it, it doesn’t mean one hate all the other families and wish the worse for them. The love for the nation, nationalism, has nothing horrible. On the contrary, the hate for other nations, chauvinism, is a bad default that we have to fight. Be proud of who you are, of your traditions and culture. Don’t be ashamed of it! 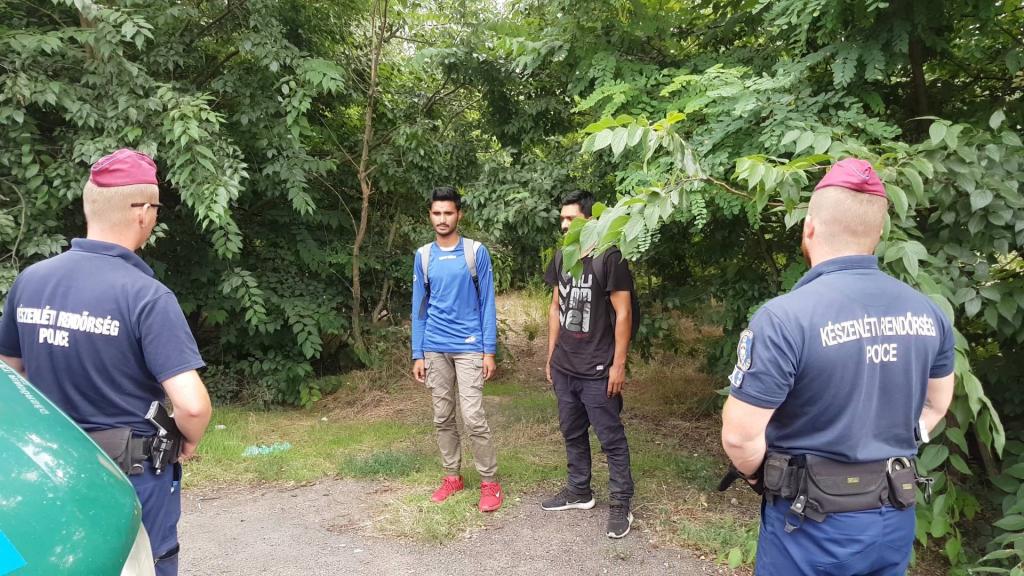