This article was originally published on Kurier.plus.

Central Europe – According to the European Commission’s forecasts, Poland and Hungary will be the joint second fastest growing economies in the EU this year, after Malta. The EC has raised its forecast for Poland and Hungary, where it now predicts growth of 4.4% of GDP in 2019. Meanwhile, Eurostat data show that in just the first quarter of 2019, Poland’s GDP grew by 1.5%. This was the third fastest quarterly growth in the whole of the EU, after Ireland, with growth of 2.4%, and Croatia, with 1.8%. Hungary also shared third place with growth of 1.5% in the first quarter. This can be compared with average growth of 0.5% for the EU as a whole, and 0.4% for the eurozone, to which neither Poland nor Hungary belongs. Between the first quarter of 2018 and the first quarter of 2019, Poland’s GDP grew by 4.7% – this was the sixth highest growth rate in the EU after Ireland’s 6.3%, Hungary’s 5.3%, Romania’s 5.0%, Bulgaria’s 4.8% and Malta’s 4.9%. For the whole of the EU, year-on-year growth was 1.5% in the first quarter of this year, and for the 19 countries of the eurozone it was only 1%. 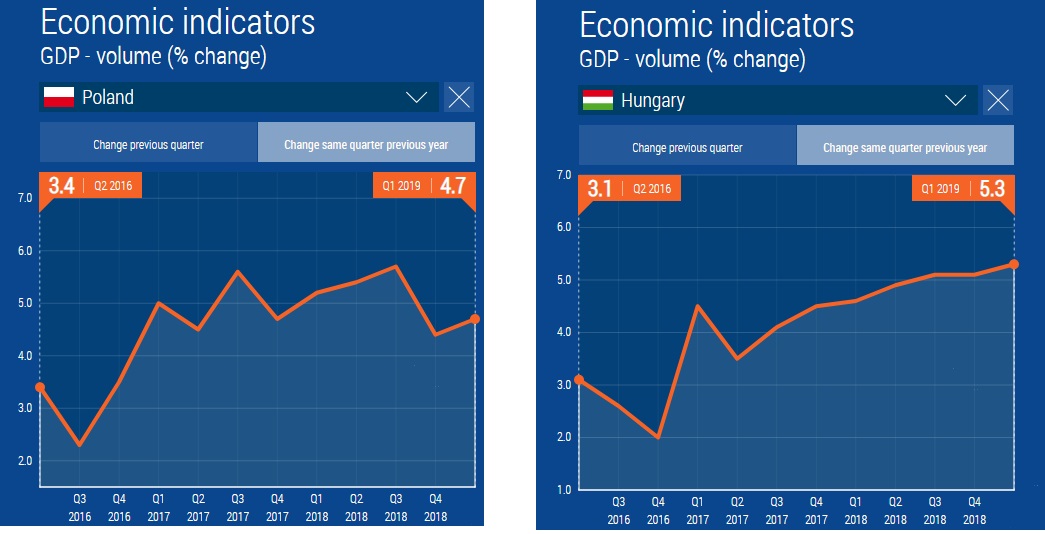 Industrial output has also been very strong in both Poland and Hungary, with year-on-year growth to May standing at 5.1% and 6.1% respectively, in spite of an overall slump in the EU-28 (0.4%), and in particular in the 19 countries of the eurozone (–0.5%). 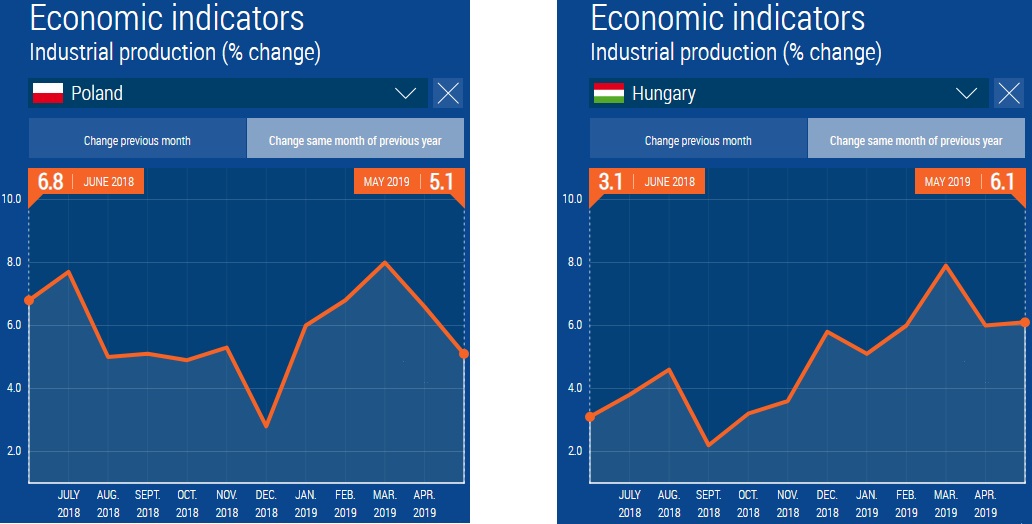 Thanks to sustained dynamic growth, unemployment in both Poland and Hungary has fallen to levels never before reached since the fall of the communist regimes in 1989. According to the Eurostat methodology, unemployment stood at 3.8% and 3.4% respectively in the two Central European countries in May, compared with 6.3% in the whole EU-28 and 7.5% in the eurozone.

Meanwhile, in spite of their more generous social policies and ambitious pro-family programmes meant to reverse negative demographic trends, the right-wing conservative parties that have governed Poland since late 2015 and Hungary since 2010 have been able to greatly reduce public deficits.

And this in turn has led to a significant reduction of public debt, which in 2018 represented 48.9% of GDP in Poland and 70.8% in Hungary. 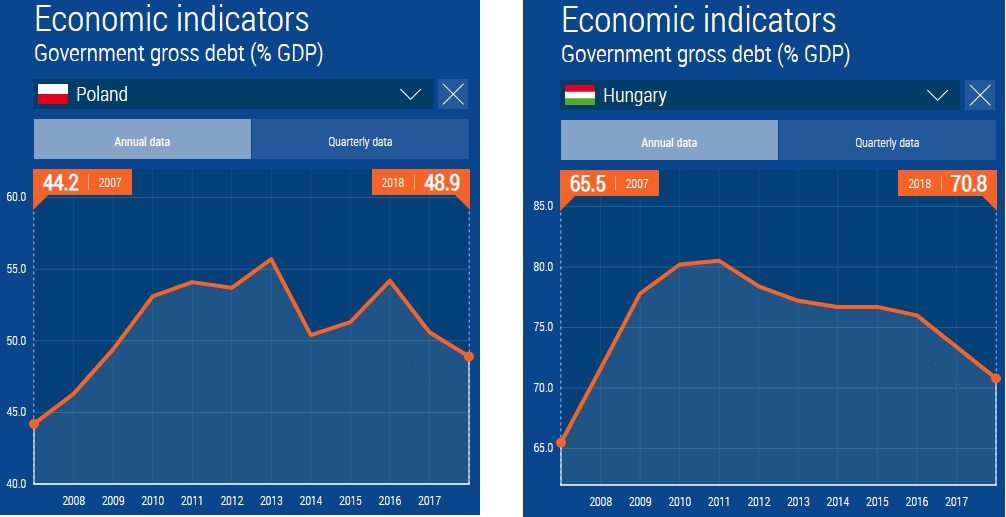 Governed by the Fidesz–KDNP coalition since 2010, after eight years of a coalition of socialists and liberals, Hungary in particular has come a long way from its plight in 2008, when it had to turn to the IMF for help – two years before Greece. This came during the financial crisis which began in 2007, and hit Hungary particularly hard because of previous years of bad management. In an article titled “The rise and fall of Hungary” published in 2008, The Guardian reported that the country’s debt-to-GDP ratio had risen from 52% in 2001 to 66% in 2007 (compared with 45% in Poland and 29% in both the Czech Republic and Slovakia), fuelled by a record budget deficit of 9.6% of GDP in the election year of 2006. Government spending then represented more than 50% of GDP – much more than in other Central European countries – with very high taxes and one of the lowest employment rates in Europe. As The Guardian went on to say, “Hungary was the hardest hit of the central European EU members because so much of its massive government debt was foreign-owned”, so that “it became clear that without outside help the government could face serious problems in financing its spending. It was forced to turn to the IMF and has accepted conditions that, despite a shrinking economy, it must cut expenditure and target a 2.6% deficit for 2009. So, while major economies discuss expensive plans to boost growth, Hungary has to tighten its belt”.

In other words, at the beginning of the financial crisis Hungary was in a situation similar to that of Greece, with which it was often compared. 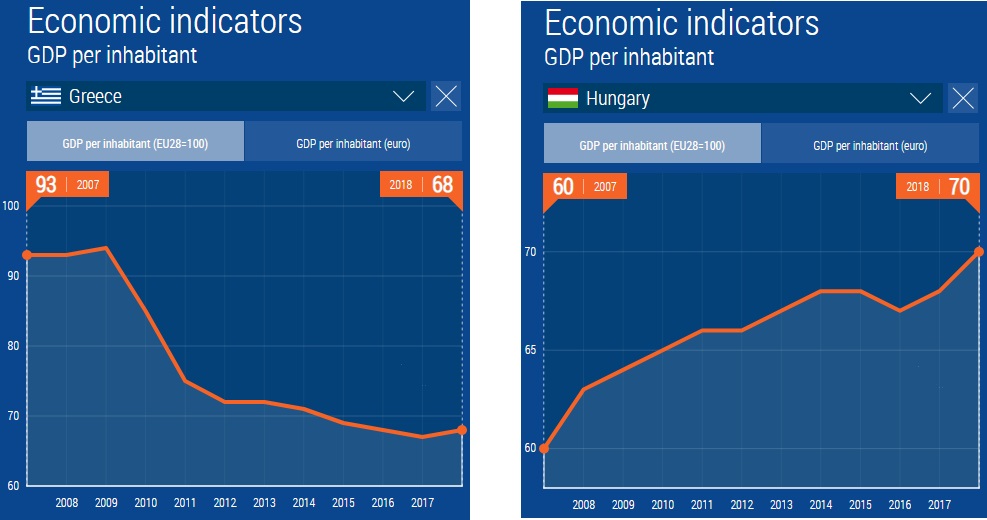 In contrast to Greece, when the financial crisis of 2007–2008 unleashed, Hungary had not adopted the euro and still had its own currency. It had originally planned to adopt the euro in 2007 or 2008, but because of the high deficits run in the first decade of the century and the subsequent slowdown when Prime Minister Ferenc Gyurcsány introduced austerity measures after the 2006 election, the Maastricht criteria could not be met. A first draft plan for the adoption of the euro was nevertheless presented in 2008. Subsequently, after the Fidesz–KDNP coalition won a landslide victory in the 2010 election, Prime Minister Viktor Orbán first declared in 2011 that Hungary was not yet ready for the euro and would not adopt it before 2020. In 2013 he stated that this would not happen until the Hungarian GDP per capita reached 90% of the eurozone average. This is very similar to what Law and Justice (PiS) leaders have advocated in Poland, and was reiterated by Prime Minister Mateusz Morawiecki in January this year, namely that Poland will join the Euro Area when Poles have similar incomes to Germans.

Thus unlike Greece, which no longer had its own currency, Hungary did not have to apply drastic austerity plans drafted in Brussels by a troika made up of the European Central Bank (ECB), the European Commission and the International Monetary Fund (IMF). The result of the remote management of debt-ridden Greece by that troika is that it has lost a quarter of its economic output, its public debt reached a record level of 181% of GDP last year, and unemployment, although slightly down, remains at 18%. 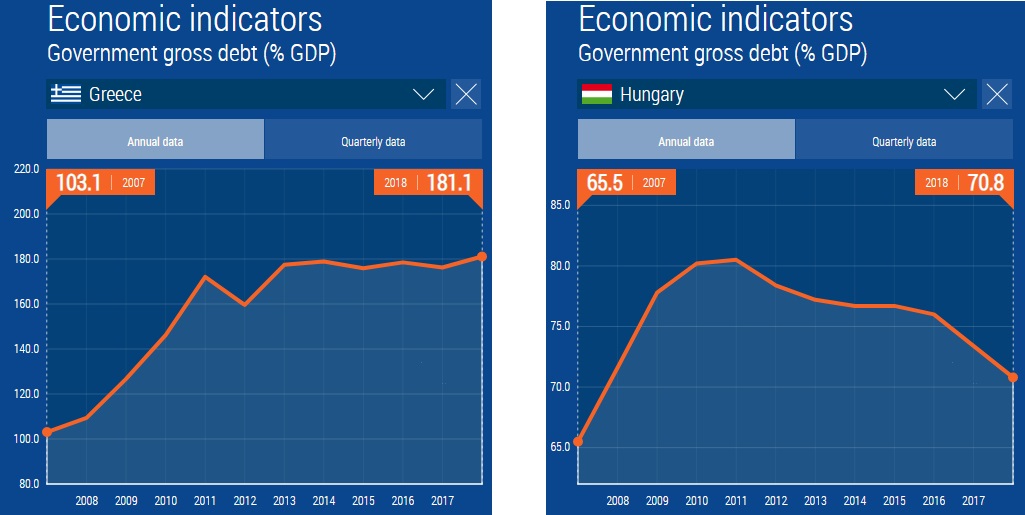 Unless it drops out of the euro, Greece will probably “struggle through the 2020s and early 2030s on the edge of insolvency, still under the tutelage of the foreign commissar”, as The Telegraph put it last year, quoting an IMF expert as saying: “When the crisis began in 2010 the debt ratio was 120pc of GDP. Eight years later it is 180pc and the Greek economy has shrunk by a quarter. The outcome is as bad as it could possibly have been, and the problem is certainly not solved.”

In the meantime, after the Orbán government had terminated the measures imposed on Hungary by the IMF, in 2013 all of the country’s outstanding debts linked to the emergency IMF loan of 2008 were repaid ahead of schedule. Besides, during the financial crisis the Hungarian forint could freely fluctuate so that it would match Hungary’s economic and financial situation, giving its businesses a competitive advantage when it was most needed. That was an advantage that Greece had relinquished when it adopted the euro in 2001. 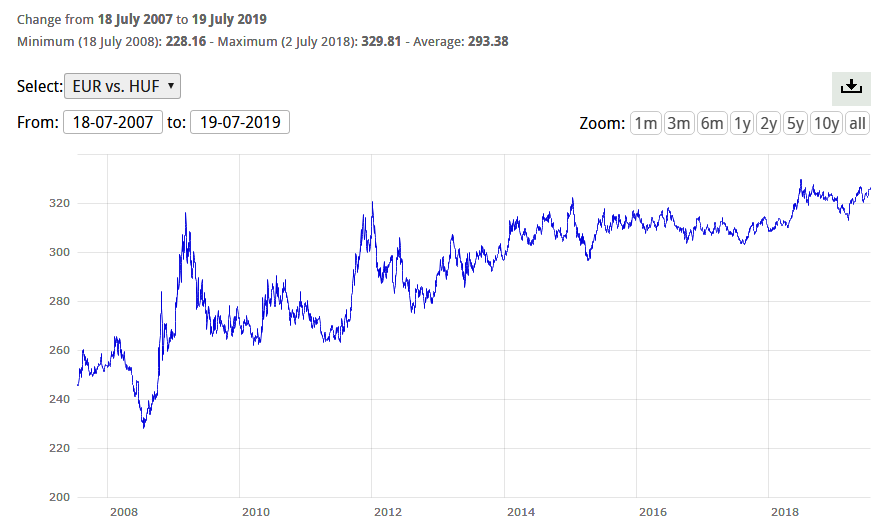 Poland has caught up with Hungary

Although Poland was in a much better financial situation than Hungary and Greece in 2007, after two years of a coalition government led by PiS, and with the liberal Civic Platform (PO) winning the election and coming to power with their coalition partner PSL for a period that would last until 2015 (following another election victory under Donald Tusk in 2011), currency fluctuations were also of great assistance to Poland’s economy in the aftermath of the 2007–2008 financial crisis. 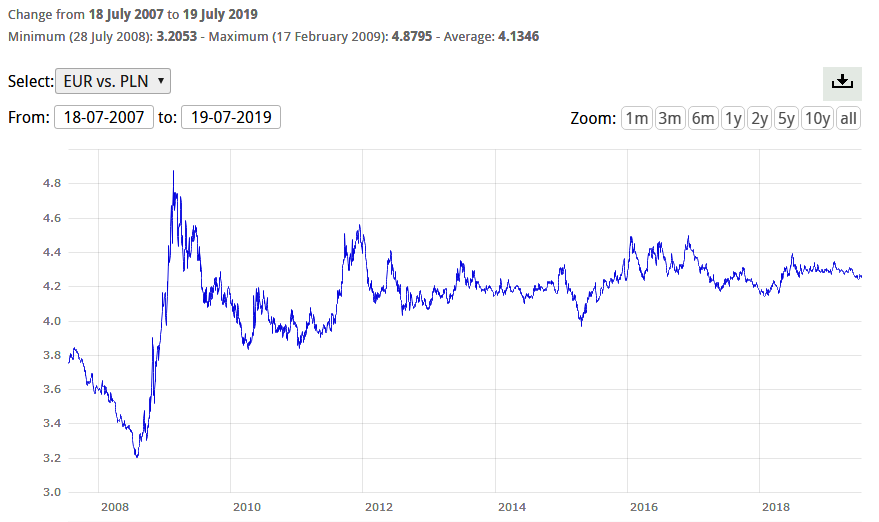 In 2007 Donald Tusk’s government in fact made the adoption of the euro one of its strategic goals, and a roadmap to the euro was drafted in October 2008, when it was planned that the European currency would replace the Polish zloty as early as 2011. President Lech Kaczyński and Law and Justice (PiS) opposed designating a date for the adoption of the euro. PiS leader Jarosław Kaczyński deemed the move “highly risky” and bound to bring about an impoverishment of Polish society. However, with the financial crisis and the deterioration of public finances, by 2009 it was clear that Poland would not adopt the euro as planned. Tusk later gave up the idea of fixing a deadline for the adoption of the euro, as opinion polls showed a clear majority of Poles in favour of keeping the zloty.

Thanks to its continued growth during the financial crisis, Poland has even been able to catch up with Hungary in terms of nominal GDP per capita:

The same observation can be made in terms of purchasing power parity as a percentage of the EU-28 average: 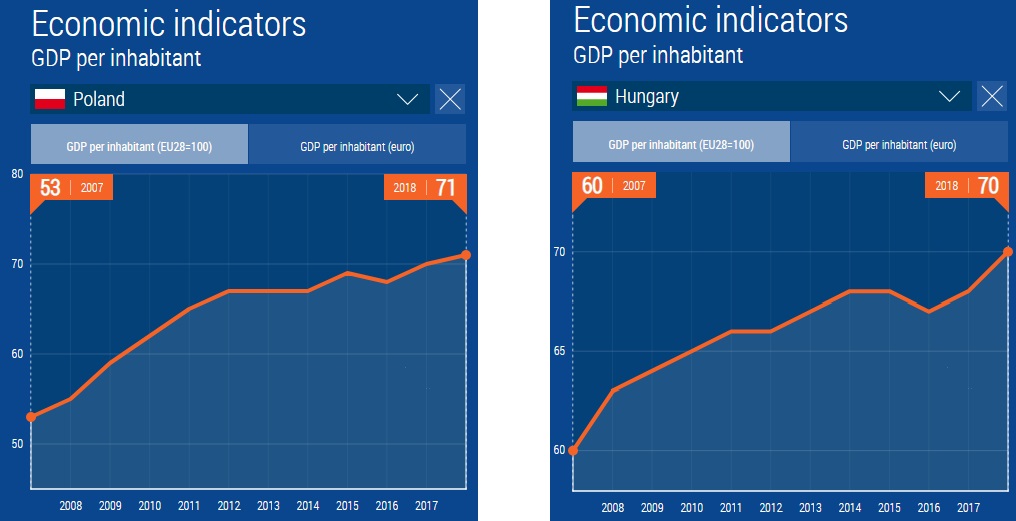 After Greece, Portugal is the next Euro Area country which Poland and Hungary will most probably overtake soon in terms of GDP per capita according to purchasing power parity:

The 2007–2008 financial crisis and its consequences for Greece are not the only factors that prove that Poland and Hungary were right not to join the eurozone. The transfer of sovereignty that goes with adopting the European currency has political implications, which were made clear with the rejection of Italy’s draft budget by the European Commission last year because of a planned deficit of 2.4% of GDP, while France’s deficit of over 3% was later accepted by the same Commission because President Emmanuel Macron “remains a strong supporter of the European Union”. But even putting aside the political consequences of handing out more powers to Brussels, membership of the Euro Area has so far mainly benefited Germany, at the expense of most other countries.

This is especially visible in the light of industrial output. While industry’s share in the economy has been stable in Germany, it has decreased sharply in France, Italy and Spain. According to Eurostat data, in the twenty years from 1995 to 2015, the contribution of industrial output to France’s GDP fell by 26.6%, while the decrease was 21.3% in Italy and 15.9% in Spain. In the same period, it rose by 8.2% in Poland, so that in 2016 industrial production (except construction) accounted for 25.6% of GDP in Poland, 25.9% in Hungary, 25.8% in Germany, 19.4% in Italy, 17.7% in Spain and only 13.4% in France. Hence, within the eurozone, Germany has increased its industrial domination, and many economists point to the euro as a major reason for this unfavourable trend. 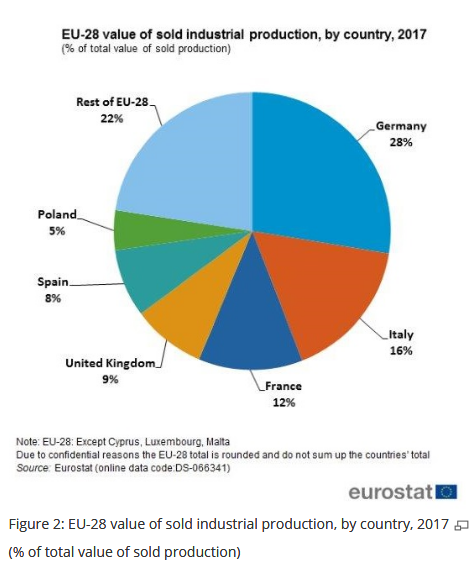 Speaking in May 2017 at a conference organised at the Polish parliament by the European Christian Political Movement (ECPM), British economist Michael Schluter, a former consultant of the World Bank, estimated the transfer of wealth from the South of the Euro Area to the countries of the North at around 160 billion euros each year.

A study published this year for the 20th anniversary of the euro by the German think-tank Centrum für Europäische Politik confirmed that the single currency has led to a situation with clear winners and losers among the group of eight countries covered by the study (Germany, the Netherlands, Belgium, France, Spain, Portugal, Italy and Greece). According to the authors, Germany has been the biggest winner from the introduction of the euro, as the single currency added €1893 billion to its GDP between 1999 and 2017, which amounts to a net gain of €23,116 per inhabitant. The Netherlands came second, with a net gain of €21,003 per capita thanks to the euro. Surprisingly, Greeks are said to have benefited too, albeit very little, with a gain of €190 per capita, which economist Matthias Kullas explains by the fact that in the period from 2001 to 2010 Greece enjoyed a large prosperity boost linked to the adoption of the euro. All of the other countries are clear losers. In terms of GDP per capita, over the 1999–2017 period the loss amounted to €5,031 in Spain, €6,370 in Belgium, €40,604 in Portugal, €55,996 in France and €73,605 in Italy.

GDP per capita according to purchasing power parity (EU28 = 100) 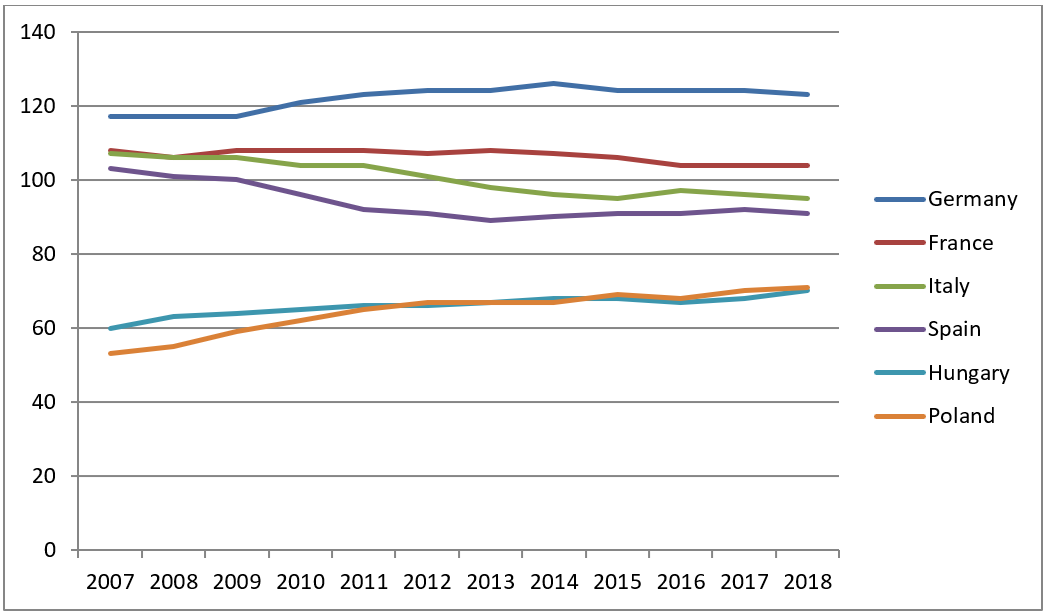 The data revealed by this study might explain why Italy, and not Greece, is suspected to be making preparations for a possible eurozone exit. And the prospect of a new euro crisis sparked by Italy is one more reason why countries such as Poland and Hungary should not consider adopting the European single currency in the near future. 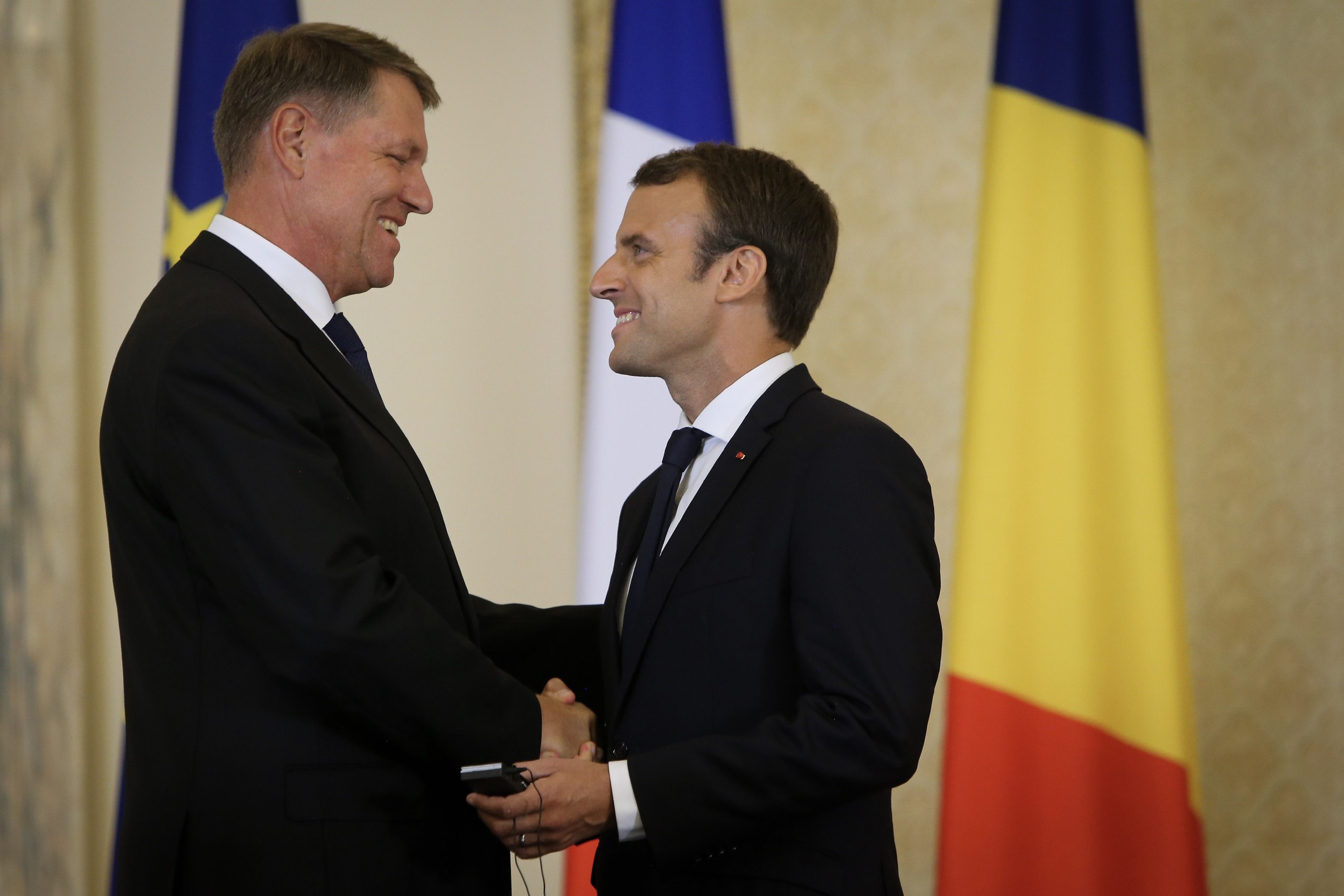 The unstoppable ascension of the V4