Interview with Cardinal Dominik Jaroslav Duka, Primate of the Czech Republic: “The gender ideology is targeted against the family.”

Czechia – An interview conducted by Maciej Szymanowski, from the Felczak Institute of Polish-Hungarian cooperation, and Paweł Lisicki, editor in chief of the Polish weekly magazine Do Rzeczy. The interview have been published in Polish in Do Rzeczy and some excerpts in English on kurier.plus. We republish the selection of Kurier.plus:

Cardinal Dominik Jaroslav Duka: In my opinion, here the grandeur of Pope Pius XII also shines through in his ability to identify such men and put them at the helm of the Church in such difficult times.

I think that amongst all of them Cardinal Mindszenty was the most prominent example. His fate was excruciatingly painful. It is not my intention to belittle the suffering endured by Cardinals Wyszyński, Stepinac or even Beran. In a speech before his arrest, the Czech Primate was essentially quoting Mindszenty.

Some time in the past I asked for Cardinal Mindszenty’s biography to be translated, as I think it important for people in the Czech Republic to know as much as possible about him. The failure of the 1956 Hungarian Revolution resulted in a major shakeup. Even though 1948 in Czechoslovakia marked a departure from a policy of maintaining a certain degree of democracy in that country, social resistance was far from being crushed, it survived years of Gottwald’s Stalinism but was broken by the unsuccessful Hungarian Revolution. Following the events in Hungary, peasants’ resistance against forced collectivisation was shattered. The same can be said about the resistance put up by other social strata, which consented to the “communism for eternity” vision.

Maciej Szymanowski and Paweł Lisicki: The events in Hungary were that significant for the Czechs.

Cardinal Dominik Jaroslav Duka: Yes. In the 1950s we enjoyed the highest attendance rates at holy masses. Even those who periodically exhibited anti-Catholic tendencies, began returning to the Church, going to holy masses. It was more than just a political statement, but rather an appreciation of the fact that only the Church had the strength to actively resist. The strength shown by the aforementioned Primates.

And it wasn’t only collectivisation which came next, but also mass migration from the country to towns and cities, where our “migrants” from the country became lost, both politically and religiously.

Maciej Szymanowski and Paweł Lisicki: What does Your Excellency make of Archbishop Marek Jędraszewski’s assertion that communist ideology had been replaced by LGBT ideology, that “the red plague has been replaced by a rainbow coloured plague”?

Cardinal Dominik Jaroslav Duka: I heard about the remarks by the Kraków Metropolitan in a statement by the head of the Episcopal Conference of Poland, Archbishop Gądecki. I would like to say that for me, in this context the use of the word “plague” is entirely understandable. One has to bear in mind that the red plague deprived Europe of more than a quarter of its population. And the gender ideology is targeted against the family. And the word for family in Old English was hiwan, with hiwo and hiwa meaning husband and wife respectively… We can all see that Europe is threatened by a very serious demographic crisis, which today’s politicians are struggling to come to terms with.

Maciej Szymanowski and Paweł Lisicki: How strong are LGBT movements in the Czech Republic, do they have any political backing?

Cardinal Dominik Jaroslav Duka: A year ago a draft bill appeared on same sex marriages and their right to adopt children. Then Petr Piťha, a priest and a professor at Charles University, our second minister of education after the fall of communism pursuant to a dispensation granted by John Paul II, gave a sermon which, somewhat hyperbolically albeit not without justification, conveyed an apocalyptic vision of the world dominated by LGBT. The homily sparked an in-depth national discussion and provoked very negative reactions. Nonetheless the aforementioned draft bill was finally taken out of the parliament’s agenda.

Similar to this year’s Prague Pride – it was to take place in the spirit of radical LGBT postulates, and as a result neither the president, prime minister, government, parliament or national companies supported it. I checked who actually did support the demonstration. And these included satanist organisations, the Czech atheist society, the Czech paedophile society and some private businesses. The Pirate Party, which has taken over the Prague City Assembly, was the only political formation on that list. We were quite disappointed with the attitude of ambassadors from various countries. Unfortunately some Christians with leftist tendencies are also a major problem, as the march was supported by the Czech Brethren youth and the Protestant periodical.

Maciej Szymanowski and Paweł Lisicki: John Paul II about totalitarian tendencies hidden in liberalism. Stages: from the attitude towards LGBT all the way to religious freedom persecutions. Is it possible to stop that process, is it reversible?

Cardinal Dominik Jaroslav Duka: There is only one democracy. Not liberal, socialist not capitalist. And neither is it Christian. I always recommend Cardinal Journet’s book Exigences chrétiennes en politique (Christian requirements in politics) to Czech Christian Democrats. Let Christians create political parties, but they have to be aware that a Christian party is not the same as the Church. A party functions according to different principles. Democracy entails the participation of the widest possible group of responsible, free individuals in organising a society.

Democracy today, and not the Athenian kind, which also included slaves – should be for everyone, nonetheless one can ask whether someone who has no respect for the society, should be entitled to participate. That can be a subject of a debate in itself.

The problem with liberal democrats is that they only consider themselves to be democratic and, they refer to all the rest of us as the extreme right, totalitarians, etc. On the one hand they are guided by postmodern philosophy which blatantly states that there is no truth. However, on the other hand they are convinced that only they are privy to the truth.

(about the state of Christianity in the Czech Republic)

Cardinal Dominik Jaroslav Duka: In the capital, one can undoubtedly see refurbished churches, but also churches which have closed down, giving an impression that we are a protestant country. Nonetheless looking at Prague’s panorama with its plethora of church towers and its Baroque spirit there is no mistaking it: we are a Catholic country. When referring to Czech secularism, there is a deeply rooted historic mix up of concepts.

During reforms instigated by Joseph II in late 18th century and the introduction of the so called religious tolerance, one was allowed to declare to be a follower of a number of religions. However, historically many Czechs were Utraquists, a reformist creed striving for a unification with the Roman Catholics, and Utraquism was not one of the options. Therefore, they were recorded as atheists or non-believers. Thus in our culture, people who do not live in a close relationship with the Church, often consider themselves to be atheists. For example my sister will say: I did not feel well and so I missed two Sunday masses, now I am an atheists through and through.

We also have a problem with statistics, which do not show the whole picture. In the 1991 census there was an obligatory question about religion and nationality. In 2001 and 2011 replies to those questions were not obligatory – you could write down whatever. As a result, half the respondents do not respond to those questions or we find answers such as the Jedi sect. Therefore in 2021 there will be no such questions, there will be separate statistics where we will use the numbers of baptised as a starting point.

Cardinal Dominik Jaroslav Duka: We share common experiences. During meetings on a European scale I always say: those who know what Hungary had to go through during the Turkish wars, will not be surprised that we are looking at today’s problems from a different perspective. This does not mean that we do not wish to help – we are raising funds to help countries in the Middle East, knowing that a departure of Christians from that part of the world would be a catastrophe of a kind, and not only for the Church – in Egypt banking depends on Christians, in Syria it is the health service as well as many crafts. We also see that a large part of our secularised society understands such an approach.

In my opinion an argument along the lines of: “what would Pope Francis have to say about that?” is flawed. My response would be: “and what did Pope Francis say in Kraków?”. Accepting immigrants is an issue for each sovereign country. Accepting these people is just the start, they then have to be assimilated. We should also stand up to Western Europe and say: understand that the manner in which you have been solving this problem is irresponsible. We see ghettos in France, problems in England and the overall situation in Germany where the society became divided. It is a well-known fact that a conference took place in Berlin a few years back where it was decided to use immigration to solve the demographic problem.

And here Pope Francis is spot on in saying that he can see a grave crisis of liberal democracy in its inability to solve problems. 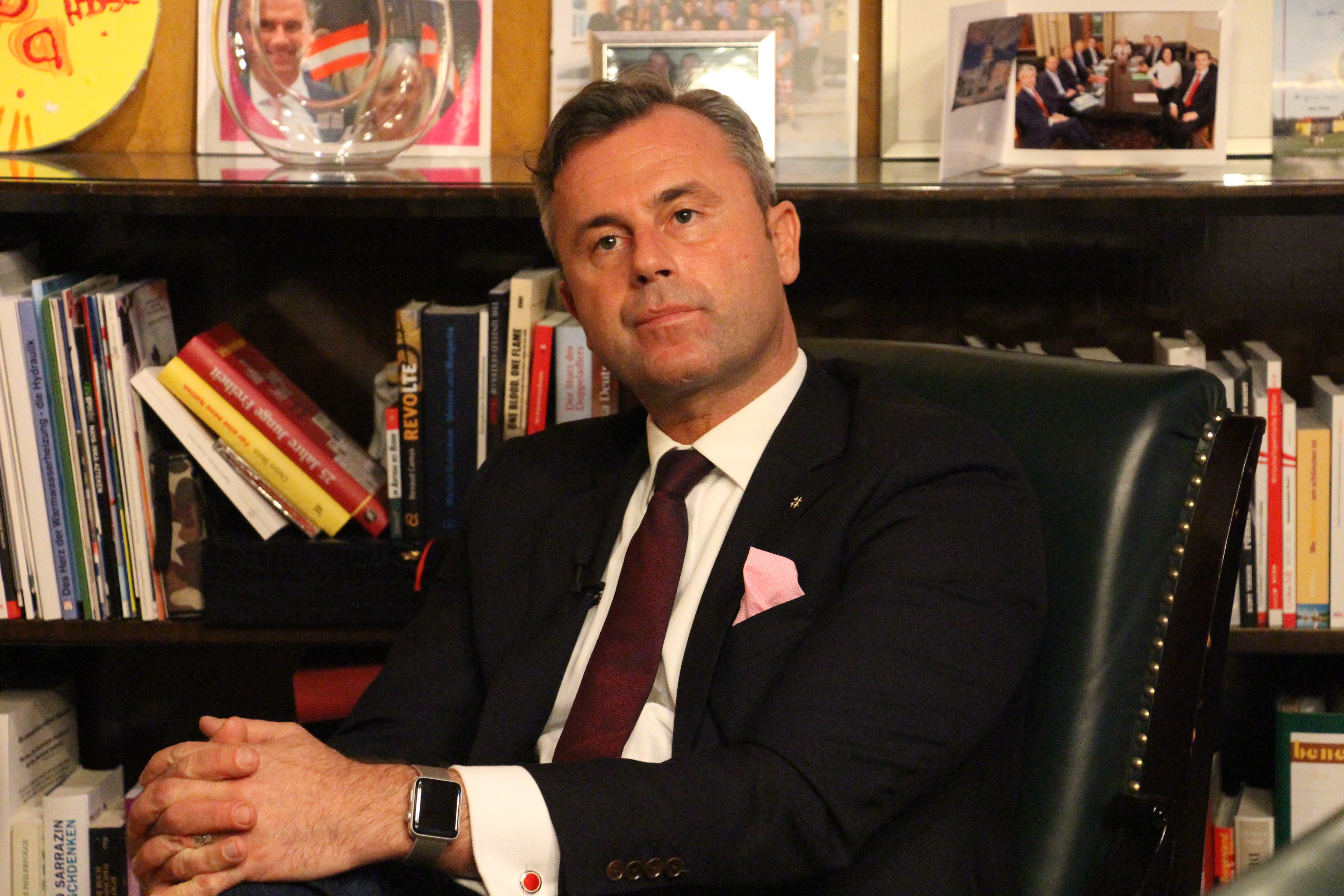 Norbert Hofer: the FPÖ is Likely to be the First Party at the Next Elections and We’ll Get Closer to the Visegrád Countries 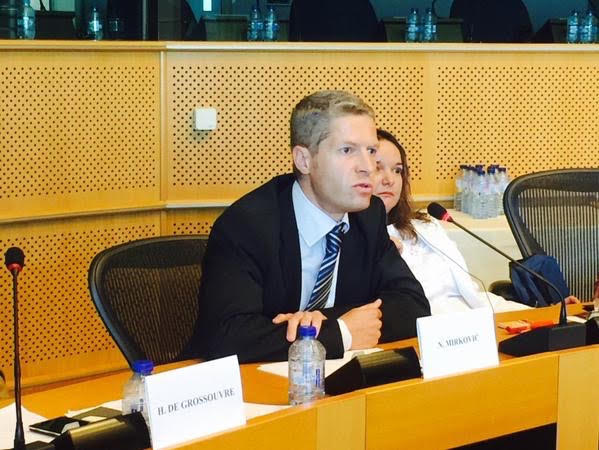 Nikola Mirkovic: the interference of NATO and the West completely disrupted the Balkans which could explode soon