Interview with François-Xavier Bellamy, French MEP belonging to “Les Républicains” (LR) and member of the EPP: “This situation highlights the fact that other parties are exploiting the rule of law in order to generate political dissent.”

On Thursday January 16th, a resolution was passed (446 votes for, 178 against and 41 abstentions) in the EU parliament. According to this resolution, based on reports from the UN, the OSCE, the Council of Europe and the European Commission, it is believed that “the situation in Poland and Hungary has deteriorated since the triggering of Article 7.1”. This is the article that suspends the voting rights of a member state in the event of human rights violations. Article 7 proceedings were enacted against Poland, in December 2017, and Hungary, in September 2018.

The Council has been called upon to provide practical recommendations for Poland and Hungary. The resolution states that “the inability of the Council to effectively use Article 7 continues to damage common European values, as well as the trust and credibility of the Union as a whole”.

The resolution further outlines the “absolute necessity” to set up new mechanisms uphold “democracy, the rule of law and fundamental rights”.

All LR MEPs were amongst those that voted against this resolution. We interviewed François-Xavier Bellamy, who led this party’s list at the last European elections.

Visegrád Post: The EU parliament overwhelmingly voted to continue Article 7.1 procedures against Poland and Hungary. You are amongst those rare EPP MEPs that voted against this resolution. Why?

François-Xavier Bellamy: All LR MEPs voted against this resolution. It infringes upon some fundamental principles, as I had the opportunity to explain during the plenary debate. Respect for the rule of law is a critical issue for our countries but we should only call into question the way each country deals with this issue, based on serious and solid facts only and backed with stringent and carefully crafted arguments. A resolution that involves two different countries within the same text can only be regarded as questionable. I believe that everyone has the right to have political disagreements with Viktor Orbán, yet one should not use such disagreements to accuse him of wrongdoing on such a serious subject as the rule of law.

Visegrád Post: So, you believe that the accusation brought forth were not specific enough? Or were they inaccurate? How would you describe them?

François-Xavier Bellamy: There are simply no facts within the resolution. That is a serious problem. I believe that the highly political nature of this process is clear for all to see when, despite the lack of facts, we see how firm the text presented is when compared to the shyness displayed by some, such as the Socialists, when discussing, for example, the current situation in Malta. There is no Article 7 procedure against Malta, despite that country’s worrying levels of corruption, which led to a journalist being murdered and the people behind this crime still not brought to justice. There are double standards at work here, which is untenable in my view.

Visegrád Post: Following the vote, Viktor Orbán declared on his weekly broadcast on public radio that his party, Fidesz, was on the brink of quitting the EPP. It was only the votes of the French, Italian and Spanish MEPs that stopped him carrying this threat out. However, the future is still very blurry as Fidesz has now been suspended. As a MEP, do you want Fidesz to remain part of the EPP? How do you see things unravelling?

François-Xavier Bellamy: Of course, I want Fidesz to stay with the EPP. I believe that this suspension is coming to an end and the report complied by the EPP’s “three wise men” will soon be known. Based on this, it seems to me that we have some work to do with regards to understanding these obstacles and overcoming them. I don’t believe that we can build Europe by increasing its divisions and, likewise, the EPP will not be strong if it tears itself apart. I see my work here in the EU parliament with my Hungarian colleagues in much the same manner. Our working relationship is both positive and valuable and it would be a great weakening of all our positions should Fidesz leave the EPP.

The only people that have an interest in such a break-up are the political groups on the left of our political positions. They are doing all they can, and this resolution is part of those efforts, to divide us. I heard a Socialist MEP declare, during a plenary session: “I hope that in the near future, Fidesz will no longer sit on these benches” and gesture towards the seats occupied by the EPP. But we must not tolerate even for a second that it is the left-wing MEPs in the EU parliament that dictate how our own group operates. I believe that it is obvious that these attempts to intimidate must be fought.

Visegrád Post: There is often talk that not only Hungary and Poland should be sanctioned but also the other countries that refuse migrant quotas, by considerably diminishing their EU financed structural development funds. Do you believe that it is just an excuse by some, notably the Germans, to save some money after Brexit due to the fact that the Brits will no longer be supporting the EU budget? How do you see things?

François-Xavier Bellamy: No, I don’t think so. These issues are not connected. In the parliament, I see MEPs asking for more contributions from the member states and that doesn’t necessarily have anything to do with migration issues. I don’t think these two subjects are linked. Personally, I don’t believe for a second in the idea of European countries organising shared migrant quotas as this is ineffective and will not resolve the real problem. The question is not how European countries share the burden of migrants that we have not been able to mange but rather how Europe regains control of the external borders of the Schengen area, in order to be in a position where we can our help those in need in a dignified manner and no longer endure unchecked immigration.

The fact is that creating quotas is not a way to put an end to our inability to handle immigration but simply a way of dealing with the consequences of that inability. It doesn’t resolve the core problems facing our countries. Our work in the EU parliament is to continue to defend this argument, which doesn’t minimise the need for some sort of solidarity with those countries in the frontline. Italy, which has been left to deal with its migratory crisis alone, is an example of these countries. However, I think that real solidarity would be to support those countries that need help to defend and control the external borders of Europe, and not in the creation of a quota system that doesn’t work. 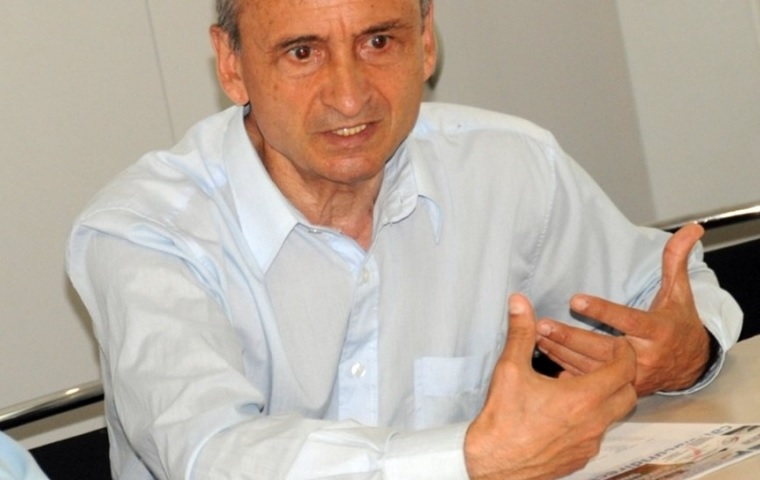 Interview with Dr. Nicolae Ţăran (2/2): the Romanian society is favorable to the policy led by Orbán and Poland