Covid kills the elderly wherever it finds them
or: why the relatively low mortality rate in Eastern Europe
does not prove any success of the anti-epidemic policies adopted

If we focus on male longevity (the Covid-19 virus being selective – including sexual selectivity – in its lethal impact), we find that in countries east of the former Iron Curtain, the average life expectancy is below 75 years, while in Western Europe, the average value is clearly over 75.

The virus, obviously, does not “look at your ID”, and is not “interested” in the age of the victims as such, but in the presence of comorbidities (in Hungary, the state administration acknowledged that, throughout the official epidemic, hardly any death unrelated to any chronic disease has been registered). Well, the incidence of chronic diseases increases exponentially as we move from the so-called “third age” to the “fourth age”, and the present case suggests that – al least from the point of view of viral vulnerability – the threshold of the latter could be precisely somewhere around 75 years old.

In France, where the lethal impact of the virus has been massive (and we therefore have a very telling statistical database), the average age of victims at the time of death has recently been set at 84 years.

Here, in my opinion, is the explanation for the surprisingly low mortality rates found in Eastern Europe, where the highest mortality in the study underlying this article (in Romania: 56 deaths per million) remains slightly lower than that recorded in the least affected Western European state (Austria: 70). That is why, when we question the effectiveness of anti-epidemic policies adopted in different European countries, “cross-cutting” comparisons (combining East and West figures) should be rejected from the outset. It makes no sense, for example, to compare the mortality recorded in Sweden (with a male life expectancy over 80) and in Romania (where it is below 72). Sweden is worth comparing to France, Italy, Spain or Denmark (and only in the last comparison does it come out worse – which could be related to the fact that, for reasons still unclear, Denmark has a male longevity two years lower). And the results in Romania (the country with the harshest quarantine in Europe) are worth comparing with those in Hungary (a country that applied a more moderate quarantine) or Belarus (which did not apply any quarantine).

From all the above legitimate comparisons, it appears that quarantine policies do not have much epidemiological impact – as world-renowned virologists such as Prof. D. Raoult of France or S. Bhakdi of Germany had already predicted two months ago.

The logic of this study has already been virulently attacked on social media by propagandists from various Eastern European governments, who, after unnecessarily monkeying the delusional policies observed in the West (except Sweden), are trying to present the balance sheet of each Eastern European country as a great managerial success. Which, personally, would not bother me (for example in the case of the Hungarian government, for which I never hid my ideological sympathy) if it did not involve the defence of an inefficient, socio-economically devastating and freedom-killing model of “crisis management”.

Among the counter-arguments often brought by the aforementioned propagandists, we find recurring elements taken from “popular wisdom”, which, in general, can be grouped into two main categories:

1- The states with better results (or results disturbing for the defended model) lied, manipulated the numbers.

2- If in some countries better results have been obtained despite lighter or even unapplied quarantines, it is related to the “level of discipline” of the population of those countries.

We could talk extensively about the reliability of the sources used in the present study, but we can also summarize: both sets of arguments hit the same statistical wall, that is: we can always suspect a country of dishonesty or lack of discipline, but we go into delirium the moment we begin to generalize that suspicion to entire series of states, seemingly chosen at random (but, in fact, according to our argumentative interests: what epistemologists call confirmation bias). In reality, it is clear that there is no conspiracy between Sweden, Switzerland, the Netherlands and Belarus to camouflage deaths in countries with little or no quarantine. And, even if the cliché of the “undisciplined Romanian” is widely accepted, the suspicion that Hungarians would be less disciplined than the citizens of Belarus seems counter-intuitive.

Another popular explanation must be categorically rejected. In various post-communist countries, those nostalgic for pre-1990 regimes (strangely reinforced by various late anti-communists who could not resist the temptation to find motives of national pride even in their country’s communist past) evoked the role of communist compulsory vaccination policies (generally continued by the post-1990 regimes) in building up the “average immunity” of Eastern populations. Their argument was ab ovo destroyed by Prof. Raoult, who, in an April 14 interview, noted that such a “surprisingly” low level of relative mortality compared to the averages found in the West was characteristic, not only for Eastern Europe (which he does not deal with much), but for the vast majority of poor countries. Therefore, another study would be needed to compare the vaccination policies of the last 80 years in those countries – but it is very unlikely to find, outside the post-Soviet and communist world, the same substances and / or frequencies of administration, at least such substances and / or frequencies which are also radically different from those observed in Western populations with high Covid-19 mortality. The real common denominator of the countries “exempt” from high Covid-19 mortality is, thus, poverty – and its demographic consequences:

At this precise point, we run into another widespread prejudice, which we have encountered in interlocutors from Hungary, Romania and Russia: the elderly in the West (“because” they live longer) would be healthier. Here, any response in re would require additional large scale studies. But we can already intuitively object that, in fact, we are dealing in the West with a phenomenon of concealment of old age and death – concealment for which there are also recently imported cultural preconditions in Eastern Europe, but without the necessary financial means to implement it. In other terms: the old westerners we see are the healthy ones, very visible, because their high income level also opens them the gates of mass tourism including abroad). But the same old Westerners, after losing their biological autonomy, disappear – not by being taken to the cemetery, as is often the case in post-communist countries, but to nursing homes, where they can be kept for years in de facto intermediate states between life and death. This is precisely the demographic category that, regardless of location, provided the bulk of the Covid-19 “specific” mortality victims.

In this section, in order to face more honest and / or more thorough counter-arguments, I will make some methodological clarifications.

We noted population-related mortality as the only reliable indicator, for one simple reason: there are asymptomatic patients, but there are no asymptomatic deaths. Therefore, the so-called infection figures (which should actually be called: positive testing figures) are dependent on the scale and effectiveness of testing policies, which in general in Europe (at first mainly due to lack of technical means) have been very “modest”. There are, of course, unregistered deaths (deaths at home), but their very existence actually casts an additional shadow over the catastrophism used by health dictatorships – since anyone can see that, in this case, statistical uncertainty arises precisely from the fact that the dreaded Covid-19 … kills especially the dying.

We chose 19 European countries for the study (of which only 4 are outside the EU). They have in common some parameters that ensure that none deviates too radically from the “typical profile” of a European country, namely:

The exclusion of non-European countries is justified by the aim of presenting a politically interpretable study. Globally, of course, the main exceptions to the longevity / mortality correlation we have discovered are in East Asia. But in those societies, the mere decades of their coexistence with corona viruses, as well as the average level of technological and cultural readiness for viral threats, in my opinion, makes it difficult to compare their results with the results achieved by European societies which even in the most favourable case (probably Germany), have showed their structural limits during this crisis.

In the data table, we present the date of the first “cases” in each country, specifying that they are “official” dates. In fact, if we take into account the recent high level of interconnection between Western Europe and the Eastern EU (and Eastern Partnership) countries, the official 24 day gap between the average duration of the two subsets seems unlikely, and evidence of previous infections is accumulating (although scarcity of tests, especially before the official “beginning, as well as the ill-will of governments, makes it difficult to clarify the issue).

In fact, I believe that the “link” between regional mortality rates and the official chronology of the epidemic is probably the opposite of that mentioned in most official speeches: in an area where Covid-19 had little lethal impact, one could actually expect the official alert to be given later – in fact rather under media pressure, with Eastern Europeans being culturally (and not only) dependent on Western models. Without the hysteria created in the West, it is very likely that the Covid-19 virus would have gone unnoticed in Eastern Europe – where its demographic impact, up to now, remains statistically invisible – as it will probably remain invisible in some Western countries (because, on an annual basis, the dying would … die anyway, with or without Covid-19). The death tolls of quarantines, on the other hand, is likely to become visible soon.

From the demographic structure of the specific lethality of Covid-19 and the population of post-communist countries (with an average male life expectancy under 75 years), as soon as the end of the first month of crisis (the latest), one could deduce the improbability of scenarios predicting “exponential peak” (of potentially lethal diseases), supposed to lead to an overload of health systems. Let’s not forget that this is the very prediction which was supposed to justify the emptying of hospitals (which probably provided the bunk of quarantine-related victims).

Therefore, the measures adopted on the basis of such scenarios were epidemiologically unjustified.

The consequences of this failure of state expertise most likely produced a worse health record than that locally associated with the pandemic itself.

This article has been originally published in French on May 19, 2020. The translation is a simplified, shortened version of the original article in French and has been provided by the author. 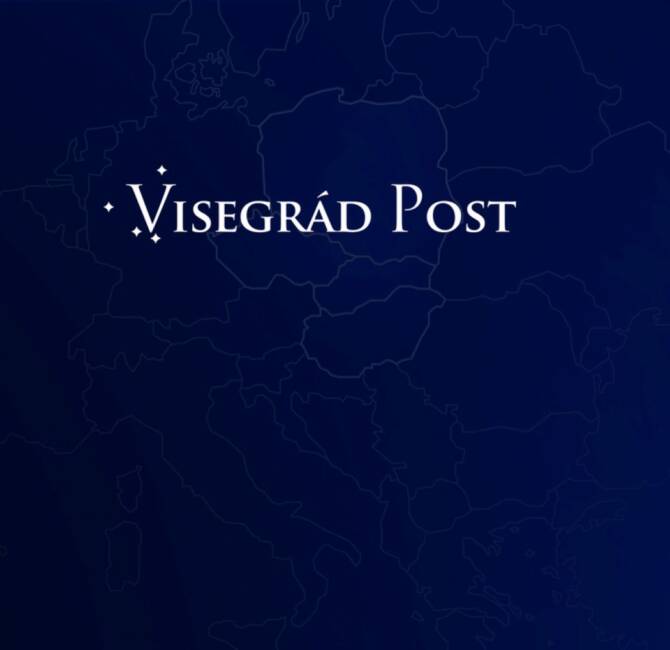