Hungary – After the Hungarian-Polish veto to the multiannual financial framework (MFF) and the Next Generation EU recovery instrument (NGEU) due to their tying with the “rule of law”, George Soros called on the EU to stand up against Hungary and Poland to “defend open society”. For Mr Orbán, “such difficult to define concepts create opportunities for political abuses and violate the requirement of legal certainty”. The Hungarian government made it clear: only the Hungarian voters have the legitimacy to decide “whether those regulations are adhered to and implemented correctly, as they are as good judges of the issue as any other European people”.

For years now, Viktor Orbán has made public the fight between Hungarian government and Soros’ Open Society Foundations, a network of NGOs very active in political influence. The long arm-wrestling struggle between the two man has reshaped Hungarian politics, but not only. On a global level, or at least in Europe and North America, Soros’ name is now infamous and well-known. According to one’s point of view, George Soros might be seen as a philanthropist, an open society activist and a scapegoat for the Right, while other would see him as a speculator billionaire, foot soldier of the globalist elite, which wants to reshape the world into an open society, multikulti utopia, by destroying sovereign nations and local cultures.

Europe must not succumb to the Soros network

Reply to the article by George Soros

Many believe that the prime minister of a country should not enter into an argument with George Soros. Their reasoning is that Soros is an economic criminal, because he made his money through speculation, ruining the lives of millions of people, and even blackmailing entire national economies. Just as governments must not negotiate with terrorists, they say, prime ministers must likewise not debate with economic criminals.

Yet now I am compelled to do so, because in an article appearing on the Project Syndicate website on 18 November, the Hungarian-born speculator and billionaire George Soros issued open commands to the leaders of the European Union. In his article he instructs them to severely punish those Member States that do not want to become part of a unifying European empire under the banner of a global “open society”.

Throughout history, Europe’s strength has always been derived from its nations. Although of different origins, European nations were bound together by the common roots of our faith. The foundation of our communities was the European family model, itself based on Judeo-Christian traditions. It was Christian freedom which ensured freedom of thought and culture, and which created benign competition among the continent’s nations. This magnificent amalgam of contrasts made Europe the world’s leading power through centuries of history.

Every attempt to unify Europe under the aegis of empire has failed. Thus historical experience tells us that Europe will be great again if its nations become great again, and resist all forms of imperial ambition.

Great forces are once again moving to eradicate the nations of Europe and unify the continent under the aegis of a global empire. The Soros network, which has woven itself through Europe’s bureaucracy and its political elite, has for years been working to make Europe an immigrant continent. Today the Soros network, which promotes a global open society and seeks to abolish national frameworks, is the greatest threat faced by the states of the European Union. The goals of the network are obvious: to create multi-ethnic, multicultural open societies by accelerating migration, and to dismantle national decision-making, placing it in the hands of the global elite.

The European Union is suffering from multiple afflictions: since 2008 an economic crisis of proportions not seen for generations; since 2015 a migration crisis; and in 2020 a devastating global pandemic. Europe has still not recovered from its previous crises, and so the impact of the coronavirus pandemic has the potential for even greater distress. There are already signs of this: in several countries public debt, unemployment rates and the general economic situation have reached critical levels. The need for European solidarity, for European nations to come together to help each other, has never been greater.

During all these crises, this speculator – who calls himself a philanthropist – did not consider the interests of the people of Europe, but acted to his own advantage. Memorably he attacked the Hungarian forint and Hungary’s largest bank in the economic crisis, and he planned to speed up, distribute and finance the resettlement of immigrants during the migrant crisis; and now he is proposing that Member States punish one another, instead of embracing solidarity and mutual assistance.

The network directed by George Soros has now discarded any hesitancy it may have had about open intervention. He wants to put more pressure on nation states than ever before. He is setting the peoples of Europe against one another. The network’s operational system is labyrinthine, and is present in various arenas of public life. On the payroll of George Soros are a long list of politicians, journalists, judges, bureaucrats and political agitators masquerading as members of civil society organizations. And although the billionaire accuses all his enemies of corruption, he himself is the most corrupt man in the world. He pays off and buys whoever he can – and those whom he cannot bribe will be slandered, humiliated, intimidated and destroyed by the network through its formidable weapon: the left-wing media battalions.

Many high-ranking EU bureaucrats are working with the Soros network to create a unified empire. They want to build an institutional system that, under the aegis of the open society, seeks to force a unified way of thinking, a unified culture and a unified social model on Europe’s free and independent nations. They seek to rescind the right of every people to decide its own destiny. This is also the purpose of their “rule of law” proposal – which does not, in fact, recognize the rule of law, but of strength. It would be more honest to call it the “rule of the majority”.

The differences between us are obvious.Soros wants an open society, while we want a safe society.According to him, democracy can only be liberal, while we think it can be Christian.According to him, freedom can only serve self-realization, while we believe that freedom can also be used to follow the teachings of Christ, to serve one’s country, and to protect our families.The basis of Christian freedom is the freedom to decide.This is now in jeopardy.

We in the eastern part of the EU know very well what it means to be free.The history of the nations of Central Europe has been a relentless struggle for freedom against great empires, a repeated battle to win our right to decide our own destinies.We have bitter first-hand experience that every imperial endeavor brings enslavement.There are still quite a few here from the generation of freedom fighters – in the former Eastern Bloc, from Estonia to Slovenia, from Dresden to Sofia – who can personally remember what it is like to oppose tyranny, the rule of man and its communist version: intimidation, material and moral ruination, physical and mental abuse.We want no more of that.

The battle for and against the new Brussels empirehas not yet been decided.Brussels seems to be surrendering, but many nation states continue to resist.If we want to preserve our freedom, Europe must not succumb to the Soros network. 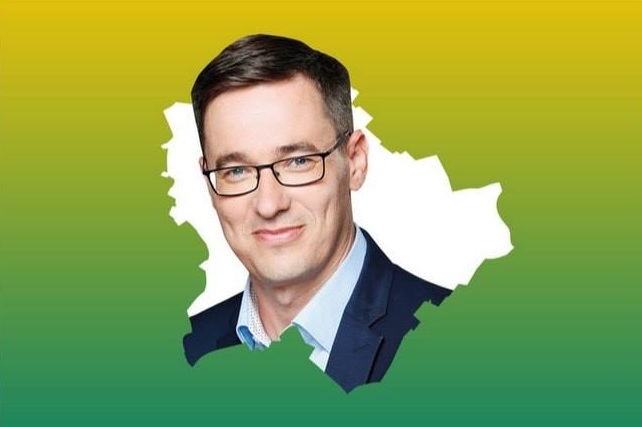 Hungarian Local Election: Not a Defeat, but a Warning 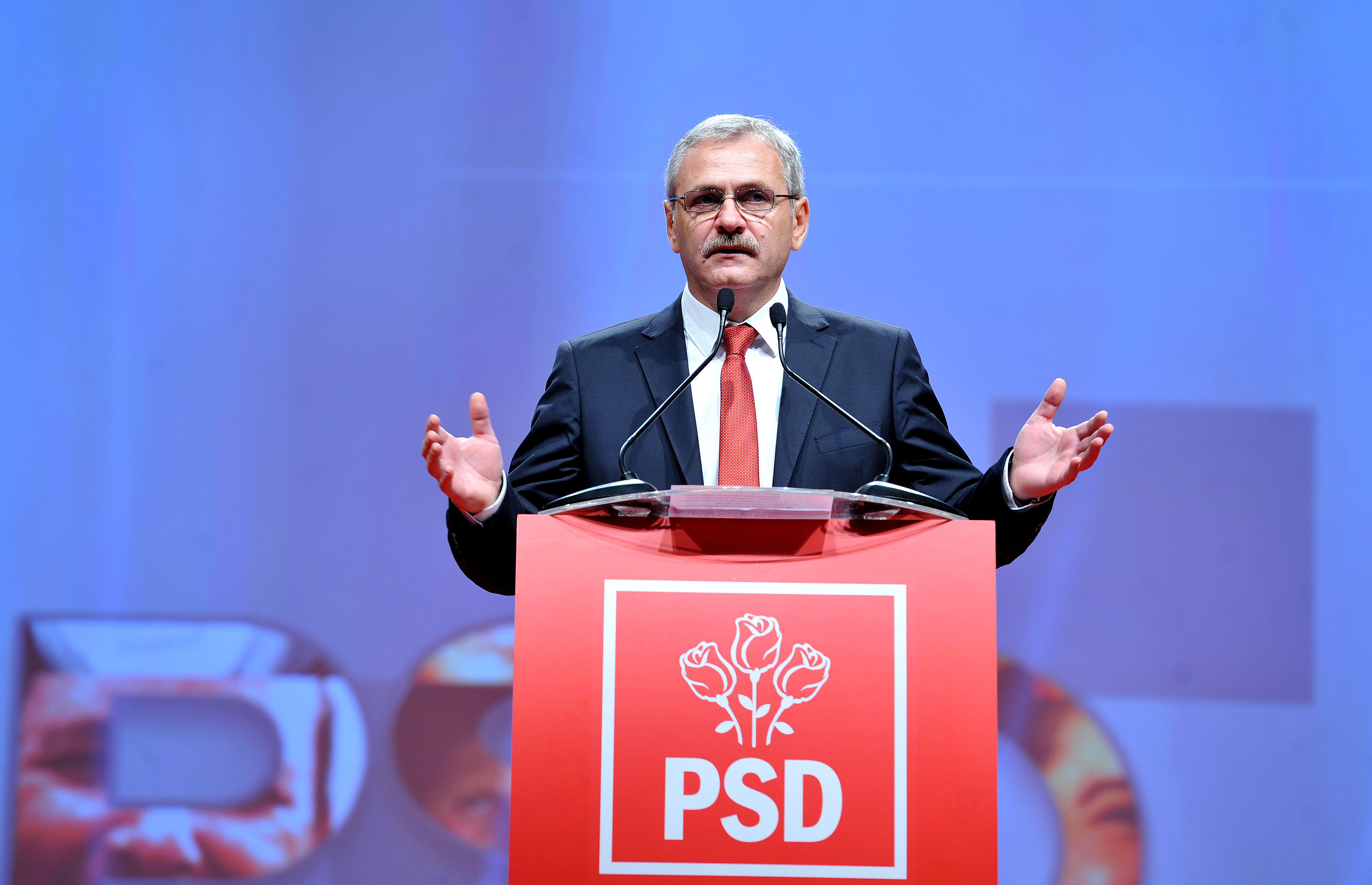