Reading Time: 3 minutes
On the first Sunday of Advent, a Christmas tree was erected at the István Kozma Hungarian Wrestling Academy (Magyar Birkózó Akadémia) in Csepel in honor of Christians in Bordeaux; the French city’s radical left mayor forbade Christmas trees on Bordeaux’s main square. Máté Kocsis, the Fidesz parliamentary group leader, told our paper that this type of intolerant behavior is unacceptable from precisely those who preach the importance of tolerance and inclusivity.

„It is entirely possible that soon, nations that prioritize Christian holidays will become a minority in Europe” – said Máté Kocsis, the Fidesz parliamentary faction leader on Sunday, in front of the István Kozma Hungarian Wrestling Academy sports center which was opened in mid-September. Here, a Christmas tree was erected as a sort of symbolic gesture in solidarity with the citizens of Bordeaux. In addition to Kocsis, Szilárd Németh, vice-president of Fidesz and President of the Hungarian Wrestling Association, Dr. Gabriella Selmeczi, deputy leader of the Fidesz faction, and our paper’s journalist, Zsolt Bayer were in attendance.

Mayor Pierre Hurmic recently stated that felled pine trees are already dead, so an agreement on tree rights must be adopted by the end of 2020, thus the traditional December 24 Christmas tree on the main square is out of the question—reported the Pesti Srácok online portal. They added a quote from Pierre Hurmic that, according to him, „this issue is most important to primitive and fascist Catholics, even though it is actually a pagan tradition.”

Máté Kocsis also revealed to our paper that these events are even more depressing because precisely those who preach the importance of tolerance and acceptance are forbidding this Christian symbol.

„In Bordeaux, the display of this Christian symbol has been banned by those who preach that everyone should be accepted as they are; this seems to be true for everyone except for the Christians living there. This is outrageous and intolerable.”

„This moment is simultaneously surreal and uplifting because in the past thirty years, no one would have ever thought that it’d happen that here in Central Europe, we’d be erecting a Christmas tree for a French city” — said journalist Zsolt Bayer in his speech at the event. He also said that the last time we had to say Santa instead of St Nicholas and „Pine holiday” (fenyőünnep) instead of Christmas was during communism. „Yet even in those times the Christmas tree wasn’t prevented or banned” stated Bayer. He also said:

„And because we know exactly what this is, we are vaccinated against it” he added. Zsolt Bayer explained: we can now send a message from Csepel, Budapest, all the way to those in France who feel that their national traditions are being insulted and erased, that they are not alone; from now on, there will be a Christmas tree for the people of Bordeaux every year until they manage to overcome their world-savior mayor on a mission to get their celebration back.

„To this day it is a very strong symbol” added Máté Kocsis. He went on to say that of course a small Christmas tree in Csepel will not resolve the humiliation of Christians in Bordeaux, however

It sends a very strong message that there is still a home in Europe for Christians to live without fear, where they can preserve their traditions and because those in Bordeaux could not do so, we will put up a Christmas tree in solidarity.

„They will know that they are not alone!” added the Fidesz faction leader. To close the ceremony, they lit the first candle on the Advent wreath and blessed the Bordeaux Christmas tree. 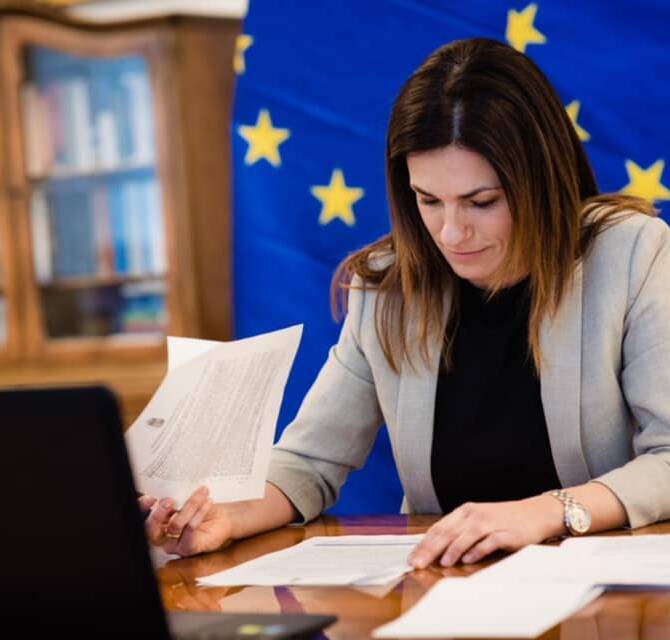