This article has been published online by the Magyar Nemzet on March 1, 2021.

Whether either twisted weasels or simply just stupid, ignorant liberals are still desperately trying to convince the public that there is no such thing as the deep state or some hidden powers; meanwhile, the all-too-real hidden networks changed strategy in 2020 and went public to the world.

Klaus Schwab, founder and president of the World Economic Forum (WEF), announced the “Great Reset” last year with Prince Charles in May last year at their Davos meeting; this new beginning is nothing more than replacing and reforming the foundations and rules of the present world order. In their opinion, the current form of capitalism does not contribute to the peoples’ well-being and thus a new kind of capitalism must be forged – one that protects the environment and decreases social inequalities.

The Great Reset would usher in a new world order in the post-Covid era, which would mean political, ideological, and economic cohesion as well as a nationless world. Based on what Schwab and the lot have said, we can see that their big plans would introduce Marx and Engels’ great dream of global communism under some sort of a transnational, international ruling system. (This can’t exactly be called a proletarian dictatorship either, as the members of the world elite – from the Rothschild family to say, Bill Gates – can hardly be labelled proletarians; by replacing the word “proletarian” with elite, and keeping “dictatorship” we start to get closer to the truth.)

These hidden powers have now revealed themselves and are in the foreground. What the mainstream, PC-necessitating narrative has thus far labelled a delirious illusion, can now be read and heard in the “premier plan” from these gentlemen – from these big intentioned, powerful people. Of course, they will continue to say that Schwab has the interests of the greatest goodwill and philanthropy at heart, but these mantras aren’t worth much, at the very least because these men stand to gain from this “Great Reset”.

Instead, we should be paying more attention to the meaning behind many of Klaus Schwab’s remarks in interviews regarding his goal of a new, “transhumanist” world order.

First of all, let’s confirm the following: it is no longer a question that the global elite’s primary goal is to dismantle nations and nation-states and create a comprehensive, large-scale global government, which –according to their plans – will enable the handling and resolving of issues like social inequalities, climate change, unsustainable growth, migration and so on.

The global elite has of course been preparing for this a long time; prominent figures have been talking about this for decades. Around the seventies- eighties already, Henry Kissinger, former US Secretary of State and Advisor, lectured at Harvard saying that after the globalization of the economy, globalized politics was next; lectures which Klaus Schwab was listening to about fifty years ago. Former Chief National Security Advisor Brzezinski spoke of the end of sovereign states; David Rockefeller mentioned the need for a global government; President Bush Sr proclaimed a new world order in a 1990 speech. So, they are the truly inconspicuous “conspiracy-generators”.

Second of all, we can infer from Schwab’s statements thus far and from his book, The Great Reset (co-authored with Thierry Malleret) released last July, that they consider a global governance as some sort of unique, new complex system based on the idea that neither civil society, nor the market, nor governments can solve issues. Therefore, the solution they see is that companies and governments “effectively communicate with each other”. I believe this means nothing more than that the global market leaders will gradually take over these “difficult tasks” from national governments.

And if we take a look at the WEF leadership, headed by the 83-year-old Schwab, you’ll find some of the richest companies and millionaires represented: the CEOs of BlackRock and Blackstone, The Carlyle Group’s Chairman David Rubinstein, China’s richest man Jack Ma, along with the leaders of the UN, IMF and the European Central Bank. There is no doubt then that the WEF is an essential node (to use Albert-László Barabási’s concept) for the global elite’s network – but of course it works closely with other nodes such as the Council on Foreign Relations or the Bilderberg Group; all I want to say here is that this gigantic great restart is not just the private effort of Klaus Schwab and friends, but was preceded by continuous conversations, agreements, and approvals.

Getting back to the post-nations, transnational governance, it is clear from their dialogue and statements that they are indeed envisioning a complex global order of power that would unite traditional governments and global market layers, complemented by civilian actors. The existing institutional and functional boundaries would dissolve, a kind of joint control or domination would be formed – naturally, for the sake of “humanist” goals like prosperity, health and world peace. If we dig just a little deeper, I’m immediately struck by the fact that these big shots want to replace democracy with complex governance, prioritize technocracy over elections and MPs, and emphasize “expertise” that the general public doesn’t understand instead of transparency.

Thirdly, it’s worth noting that Schwab explains in Project Syndicate (a website incidentally owned by George Soros) that there’s no need for new ideologies to establish the Great Reset, they simply need to take “pragmatic steps towards a more resilient, cohesive and more sustainable world”. To me, it seems that we need none other than neoliberalism, a “new wave” social-socialist version of it (to be precise, neocommunism); in other words, communist liberalism should be established (and to quote the ill-fated Hungarian poet, Attila József from 1936: “Maybe mumble a new story, of fascist communism”). And after the socialist-communist liberalism is accepted by all, there’s nothing left to do but deal with the technical- technological-ecological problems and crises – otherwise known as pragmatism, which may allude to a warm-up to Fukuyama’s thesis on the “end of history”. Or maybe even Marx, who envisioned a communist world where all problems were already solved and everyone lives according to the needs of everyone, hunting, fishing or criticizing critics. Everyone will be
equal, and everyone will be happy.

Fourthly, among the founding goals set by the global elite through Schwab, one is transforming man’s status in the age of digitalization, robotization, and artificial intelligence. Schwab wrote, already in 2016, in his opus, Shaping the Fourth Industrial Revolution, that the techniques used by new tech giants allow governments to penetrate the private sphere of our minds, read our thoughts, and influence our behavior – and thus becoming part of our physical world as well. Schwab predicts that today’s external devices like laptops and virtual reality headsets, will eventually “most likely be able to be implanted in our bodies and minds”. And Schwab concludes, “By the time the Fourth Industrial Revolution is leading, it is the unification of our physical, digital, and biological identities.”

Introducing a true conspiracy believer: Klaus Schwab. Too bad he isn’t actually, but rather is a conspirator. Think it over liberals! But to have no doubts that the goal is truly a Beautiful New (Neocommunist) World, I will also quote the slogans voiced in the WEF’s unique commercial (or rather a few gems from it): “Welcome to 2030. I own nothing, have no privacy, and life has never been better!”; “You’ll own nothing. And you’ll be happy.”; “Whatever you want you’ll rent. And it’ll be delivered by drone”; “A billion people will be displaced by climate change”: “We’ll have to do a better job at welcoming and integrating refugees”. And so on.

These high-up guys want the best for us. And this is exactly why we have good reason to fear. And also, to finally wake up. 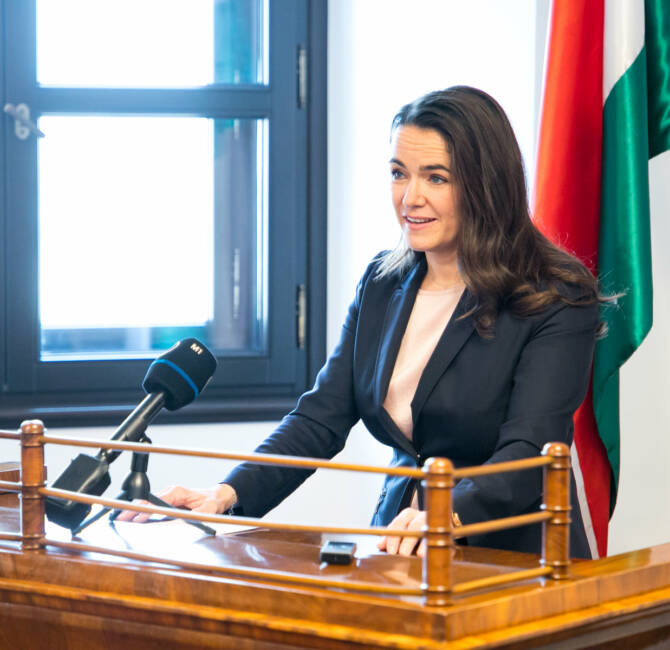