I have been visiting wonderful Hungary since 1978. In Eger the Szépasszony valley, the Lake Balaton and many more places in the that I got to know; I grew to love the countryside and the people. At home, near Leipzig, I make a Germanized bogrács (a heavy pot used to cook over an open fire) gulyás in my garden based on my Hungarian friend’s recipe. Je suis Hungary. In the 1980s I subscribed to the Budapester Rundschau (a German-language newspaper in Hungary from 1974-1989) which informed me every two weeks how Hungary was gaining its freedom. For me, Imre Pozsgay and Miklós Németh (Hungarian politicians active during the socialist-democratic transition; Minister of Culture and Education, and Prime Minister respectively) represented the hope of liberation from under the Soviet colonial system. In 2014, I had the opportunity to personally thank Miklós Németh when handing over the Point Alpha award. I also know that Viktor Orbán was one of the brave Hungarians at that time.

I will not forget any of this.

But the only thing I can advise all Hungarians now: Hold on tightly! Don’t let those regulate you who absolutely do not care about their so-called partner’s experiences, knowledge, culture and worldview. You are not the troublemakers of the European Union. Just the opposite! You are doing what you’ve done often before: valuing and protecting European values. Your sharpest critics are trying to make the community of European nations into a monster of re-education and homogenization. Hungary and Poland are the necessary remedy to these endeavors!

I compare the European Union to a big tent, and I have to say that culturally, it’s falling apart. Without the Visegrád and Baltic states, and Austria too, this tent would’ve collapsed due to Merkel’s multicultural politics, indicative of German haughtiness ­– which is no different than homogenizing the histories and faces of Europe’s peoples and nations – as it did 1500 years ago when the Roman Empire slowly faded away.

He who loves Europe and the European Union must protect and strengthen the community. The appeal of the European concept comes from common roots, national and cultural diversity, common defense interests and the fact that all members treat each other with respect. European Union membership is a free-willed decision: it wasn’t created by coercion and coercion can’t sustain it. Keeping it together requires common interests and cooperation from all sides. The EU is not a central state with Brussels or Berlin as its capital. In Brussels, the interests of the European Union are discussed by the member states and their delegates. They discuss the common will of Members States and decide in a democratic manner, and then announce them. Nothing more, nothing less!

If you want to influence a Member State’s democratic processes by manipulating funds, then you’re behaving like a dictator.

Brussels didn’t acknowledge the truth, and the RTL broadcasts most definitely didn’t. Without Viktor Orbán’s courageous intervention in autumn 2015, the blackmailers in Brussels along with the Merkel government in Germany would be long gone. Instead of thanking the Hungarians, the Germans speak injuriously of them. As if it weren’t enough that Great Britain left the EU because of Merkel’s Europe’s incomprehensible mistake. Tom Bower, author of Boris Johnson’s biography among other things, said in his interview with Der Spiegel: “Though I’m firmly pro-EU, I voted for Brexit back then. But I’ll tell you something: I have a feeling that Angela Merkel is the real villain in this whole Brexit drama.”

As an East German, I blush everyday with shame having to live with EU and Member State politicians who seem unfamiliar with history, consistently attacking Hungary and Poland. Like Katarina Barley (German Social Democrat politician, currently vice-president of the European Parliament) who said: “They must be financially starved. Funds are an efficient lever.” Then she spoke of European taxpayer money migrating to “regimes like Orbán’s and Kaczyńskie’s”. According to the former federal minister, these two politicians are “first and foremost stuffing their own pockets with money while transforming their countries into democracies that no longer have anything to do with EU values.”

This tone certainly does not belong to the values that Ms. Barley seeks to defend. And by Barley singling out “Orbán and Kaczyński’s regimes,” she discredits herself. You don’t have to love Orbán and Kaczyński, but –unlike Ms. Barley – they both have a huge majority of the population behind them. Ms. Barley, on the other hand, is not sitting in the EU Parliament because she is such a brilliant politician, but because she was at the top of the Social Democratic Party’s list (regardless of any abilities) in the last European elections. Orbán and Kaczyński are justified in discussing the interests of Hungary and Poland. Ms. Barley on the other hand, lacks good manners, knowledge of history, and self-reflection.

Putting nation-states under pressure is probably the most idiotic thing a politician can commit to – especially when it comes to states that have saved Europe more than once. But this kind of gendarmerie-esque talk is unfortunately not an exceptional example in the German-speaking world.

Martin Schulz did not shy away either from putting himself in the spotlight by barraging Orbán and Hungary.

The European Union can rightly be considered a peace project. My goals in 1989 were freedom, democracy, the European Economic Community, and NATO membership as an irreversible defense against Moscow’s possible renewed conquest desire. And of course, I wanted a European community which, alongside us East Germans, would be joined by the people who we owe our freedom to: the Hungarians, the Poles, the Baltics, the Czechs, the Slovaks, the Romanians and the Bulgarians.

We share a common history of freedom that it would seem Barley, Schulz, Manfred Weber and the like have not the faintest idea of. If I am asked how one comes to criticize their own country and politicians from abroad, my answer to that is: German politicians’ mistreatment of Hungary infuriates me. Because I know who I owe my freedom to. In case of doubt, I also know who would support us more: the Hungarians.

In Germany by the way, the platform for expressing opinions is getting smaller and smaller. Freedom of expression can only be afforded by those who are existentially independent. Everyone else is increasingly cautious when making their opinion public. There is no punishment and no prison for differing perspectives. To that extent, Germany is not a dictatorship. The courts are also still independent. But what is the point of all this if individuals have to worry about their job? The social atmosphere used to be more pleasant in Germany.

Since then however, election results have been nulled: the Chancellor simply said something from South Africa. This happened in Thuringia in February 2020. In Germany, the Bundestag and provincial parliaments have largely withdrawn from the debate on coronavirus epidemic management. Concerning Orbán and Hungary, German politicians and several press sources discussed Orbán’s laws implemented last year on state of emergency powers. But when the same people decided about the same thing in Germany, they no longer talked about empowerment laws. Are they lacking in self-reflection? Or they are just two-faced? You can decide for yourselves!

Dear Hungarians! Those who carry the traumas of two dictatorships within a century, will be more acute to sensing when freedom, democracy and security are at stake; and they will always search for the political center which is unfortunately currently being disparaged in the EU as right-wing without any regard for the theory of democracy. I believe these various experiences are the key to understanding the many causes of conflict that Hungarians, and others, are suffering from.

Gunter Weißgerber
The author is a social democratic politician; he was leader of the Social Democratic Party (SPD) of Germany’s Saxony representatives between 1990 and 2005; in 2019 he left the SPD

Veszprémy: This is the act of an international journalist network 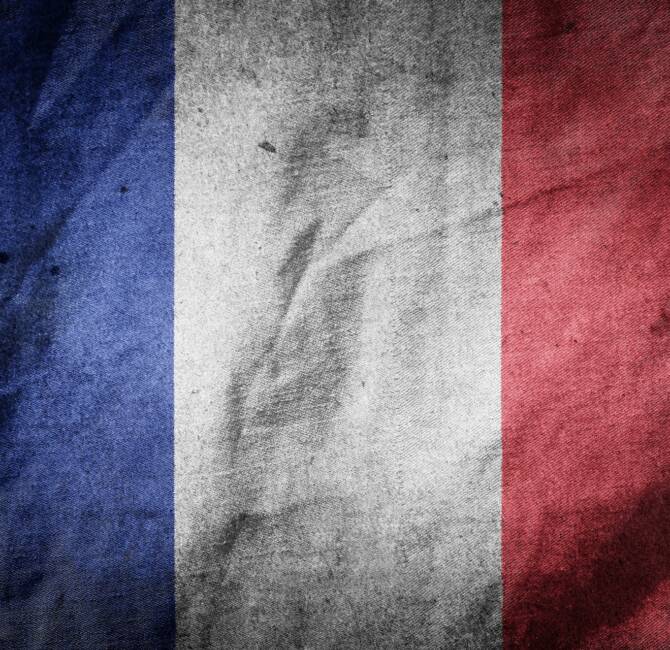 France has become a hostage to its minorities