This article has been published online by the Magyar Nemzet on March 24, 2021.

Frank Engel, president of the Christian Social People’s Party (CSV) of Luxembourg, has resigned after being involved in a corruption scandal – according to the party’s brief statement. The former Member of the European Parliament was reported by his fellow party members on suspicion of corruption and fake employment. According to the Luxembourg RTL channel, Frank Engel was employed for seven months in 2019 by a non-profit organization where his duties included recruiting members and acquiring donors – yet he never actually completed these tasks. However, despite this negligence, he made sure to pocket his monthly six thousand euros – or in other words, a total of 42 thousand euros, more than 15 million forints. Before the party leader resigned, he attempted to clear his name at a press conference. He defended himself stating that he did not do anything illegal, though he acknowledged that he should have been open about his work and sought greater transparency; he also suggested that some sort of political vengeance may be afoot given the upcoming party leadership elections. The prosecutor has launched an investigation regarding the case.

Frank Engel’s name may sound familiar to Hungarians: the Luxembourgish politician was one of the European Parliament’s main critics of the Hungarian government. The EPP MEP has repeatedly called for Fidesz to be excluded from the faction, as Hirado.hu has reported. He believes that governments who do not like the EU should be penalized with funds withdrawals. Engel was also a member of the LIBE committee on the Rule of Law, where he regularly threatened Hungary. In 2018 he had a memorable outburst against Prime Minister Viktor Orbán in the European Parliament. Among other things, the politician accused Fidesz of launching a campaign against George Soros and expressed his personal conviction that refusing to admit refugees was anti-European behavior.

– hurled the Luxembourgish politician now embroiled in scandal to the Hungarian Prime Minister. 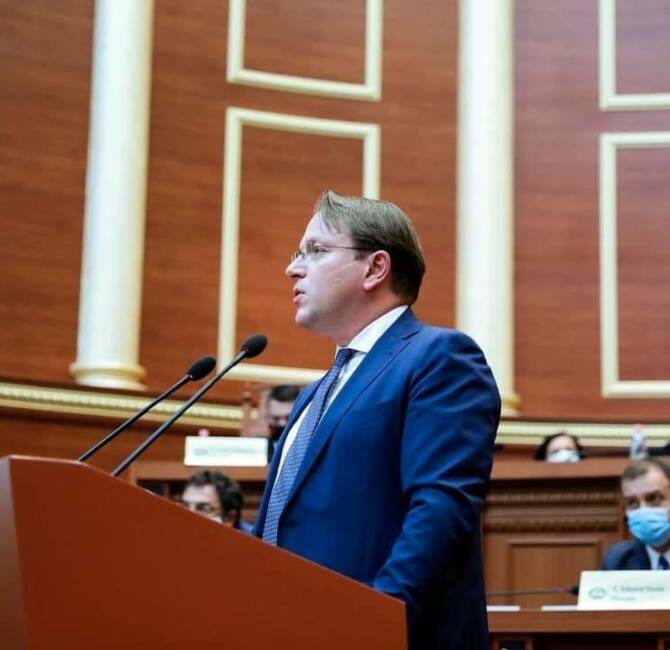