This article has been published online by the Magyar Nemzet on June 2, 2021.

Far- and center- left parties depend on immigrant votes.

“There are plenty of European leaders who simply cannot handle the task… I am not only referring to leftist leaders, but also center-right ones too” said Ayaan Hirsi Ali in her interview with Magyar Nemzet. The world-renowned, Somali-born Dutch-American writer and women’s rights advocate believes the Europe will most likely be hit by more and more waves of refugees until migration is properly dealt with, at least on the continent. Regarding Hungary’s migration policy, Ayaan Hirsi Ali said: “I believe that the Hungarian government balances the benefits of EU membership with the security of Hungarian citizens. I don’t think there’s anything far-right about this, it’s just listening to common sense.”

– Waves of migration have intensified over the past few weeks in Europe. Were you surprised by the increasing migrant rates?
– No. Essentially, ever since the outbreak of the Arab Spring, I have been voicing the dangers of increasing waves of migration! We saw that the pandemic destroyed the already-weak economies of North African countries, thus more and more are setting off for Europe from the region. But this is not just happening in North Africa, also in the southern part of the Sahel and some Middle Eastern countries.

The migration route through the Balkans may soon come under greater pressure as well – thus Hungary will have their work cut out for them.

We will be the witnesses of more and more waves of migration mainly made up of crowds of young men coming to Europe. In addition to the erosion of women’s rights in Europe, I would also like to emphasize that homosexuals and Jewish people are also at greater risk due to mass migration. The European working class and the lower levels of society also suffer by this: newcomers are provided housing in the poorer parts of cities and as the majority of immigrants don’t speak the language, thus the quality of education and healthcare decline. This is the drama of social and societal cohesion in Europe. The coronavirus crisis has provided an acceptable excuse for a time so that certain leaders would not have to deal with migration. I presume that they would love for the virus to remain a political campaign theme forever.

– The Arab Spring began more than ten years ago. Why did you publish a book this year on the negative effects of immigration on European women’s rights? In your work, Prey: Immigration, Islam, and the Erosion of Women’s Rights, you write that the attention on harassment attributed to immigrants is unreasonably small.
– I considered it very important to publish my book now because the number of acts of violence against women is peaking in Europe. I am not saying that the phenomenon began with the 2015 wave of migration, but the large number of immigrant men who arrived then has now dramatically worsened the situation.

I also thought for a long time that the #metoo movement stemming from the United States would help female victims of violence around the world. But this didn’t happen. Almost no one spoke out against the actions of men with migrant backgrounds.

It is no secret that this can be traced back to Europe: the attitude towards those belonging to a minority, their accountability is not even close to the accountability of the majority. I myself lived for a long time in Europe and I know the situation of minorities there very well – that’s also why this book’s message is so important to me.

– Was it difficult to gather data to support this claim? Western European countries have repeatedly said that perpetrators of violence cannot be reported according to their ethnicity or religion.
– I ran into some walls when it came to data collection, just like journalists and other researchers. I could mention Belgium, Germany, Sweden, Holland or France. Indeed, in almost all cases, the authorities said that no data was available based on the country of origin or religion. So, I had to get creative. Aside from processing every single piece of data I received from European authorities, I spoke to many correspondents and journalists as well as the victims themselves. In addition, I also interviewed government actors along with local law enforcement with experience in immigrant neighborhoods. If I had only used the authorities’ data, I would have only had a very small, rather meaningless slice of the cake.

– At one point you fled from Somalia to Europe. Many are familiar with your former, hard life. Did you have any interviews that shocked even you?
– I am often asked this question and I sometimes feel that I should answer with an especially brutal case like a gang rape. But this is just not so.

For me the most memorable interviews are with those who tell me how mass migration has changed their daily lives.

I am usually reminded of a young woman living in Germany who told me that she can no longer take out the trash or bring her child to daycare without being insulted by young immigrant men. She is another European woman who took her rights for granted until the entire neighborhood she lives in changed drastically. She walks down her street while young immigrant men yell sexual obscenities at her. This young woman wakes up every morning and thinks about what route she could take her child to daycare so that her husband can come along with them. But the latter is not a solution either: during our interview, the husband said that his presence does not deter the men either. Their story doesn’t seem so outrageous, but just think about the fact that hundreds of thousands of European women share the same fate. Incidentally, my conversations with female police officers reveal a similar phenomenon.

And after all this, they get a pat on the shoulder from their superiors or perhaps a politician who says: don’t take it to heart. Outrageous!

– An important statement of your work is that European leaders turn a blind eye to the problems caused by migration and integration. Is the issue unresolved simply because of technical reasons or because there are now huge numbers of voters with immigrant-backgrounds in Western Europe?
– All these points are true. I fully agree with the suggestion that center-left and far-left parties depend on the votes of immigrants. In fact, this is true in the United States as well, not just Europe. These parties don’t address border protection or dwindling resources, but play around, pointing out their critics and call them racist, xenophobic, intolerant.

Yet the left’s dependence on immigrant votes is perhaps one of the most important and simultaneously the most morally wrongful of all. Just think about it: the current situation is not favorable for neither immigrants nor host countries, just a narrow group that wants to stay in power.

Aside from this, the first half of your question also stands. There are plenty of European leaders who simply cannot handle the task. And this results in an institutional crisis. I am not only referring to leftist leaders but also center-right ones too. They are the ones that proclaim during election campaigns that multiculturalism has its downsides, but then later, sit twiddling their thumbs legislating. You, me, basically anyone can see that the number of people arriving to Europe will increase in the near future. And here I would return to my original idea. Who will be coming to the continent en masse from North Africa and the Middle East? Well, young men of course because they can make the dangerous journey. You can check the facts, I’m not taking them out of thin air. About 80% of newcomers are men under the age of thirty.

– You are consistently saying Europe – however Western and Eastern Europe have completely opposing views on immigration.
– Of course, I am aware of the differences within Europe. And actually, I consider the Hungarian government one of the most sensible countries when it comes to immigration. We cannot open the door to everyone, especially for countries that have experience with the downsides of oppression. In terms of a historical perspective, the change of regime itself was not so long ago.

Hungary is on the right track economically, politically and institutionally. I have seen the other end so I have reason to say that you cannot follow that example.

I believe that the Hungarian government balances the benefits of EU membership with the security of Hungarian citizens. I don’t think there’s anything far-right about this, it’s just listening to common sense.

– Can you name any good examples of Western European countries dealing with immigration? For instance, French President Emmanuel Macron is already taking a tougher stance on the issue than before.
– In France, President Macron is under pressure from the upcoming presidential election and there is a good chance he will lose the vote. For this reason he has taken a tougher stand against Islam. Marine Le Pen’s National Rally could easily grab first or second place according to the available polling, which is a dramatic shift in French politics.

There is no doubt that if the presidential elections were not approaching, the President would rather sweep migration and Islam issues under the rug.

Actually, I consider Denmark and Austria’s migration policy the most progressive among the Western countries: in their case too I see a clear shift towards fulfilling the will of the electorate. At the same time, Copenhagen and Vienna are not closing their borders 100%, but rather coming up with mechanisms and integration programs tailored to their own needs. My book has topped rankings in Denmark for a while and is also read by many in German-speaking countries. The Dutch and Belgian press were also very interested. To me, this is a telltale sign. I now get the same questions from Western reporters as I do from yourself, a Hungarian journalist.

Ten years ago the same Western journalists were nagging me about adding fuel to the far-right’s fire. But now there is nowhere to hide, the problems are obvious.

I am in constant contact with French thinkers who all say: they are basically preparing for civil war. Can you imagine this?

Ayaan Hirsi Ali (1969) is an American-Dutch writer, activist and politician of Somali descent. In 1992 she was granted asylum in the Netherlands to where she fled from Africa. She underwent female genital mutilation at a young age and as a young woman believed in the Muslim Brotherhood. Today she is a famous Western critic of Islam and mass immigration, living in the United Staes. Based in New York, she founded her own organization, the AHA Foundation, which works to protect women’s rights. 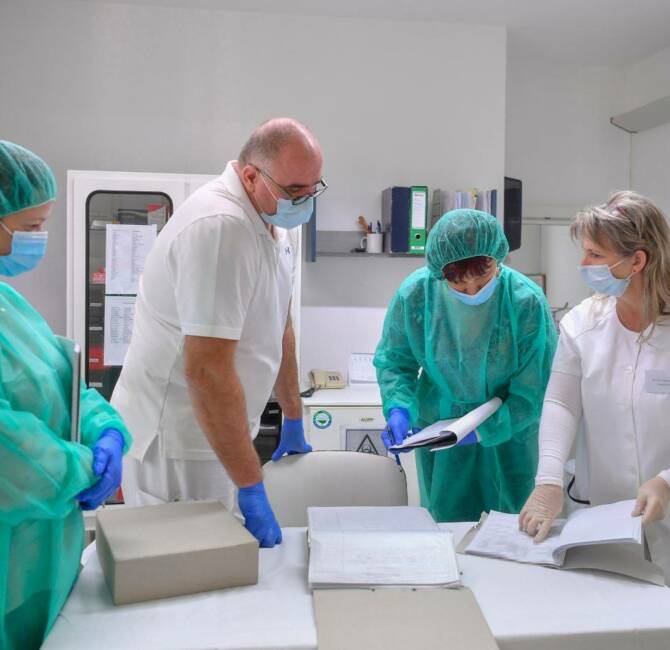 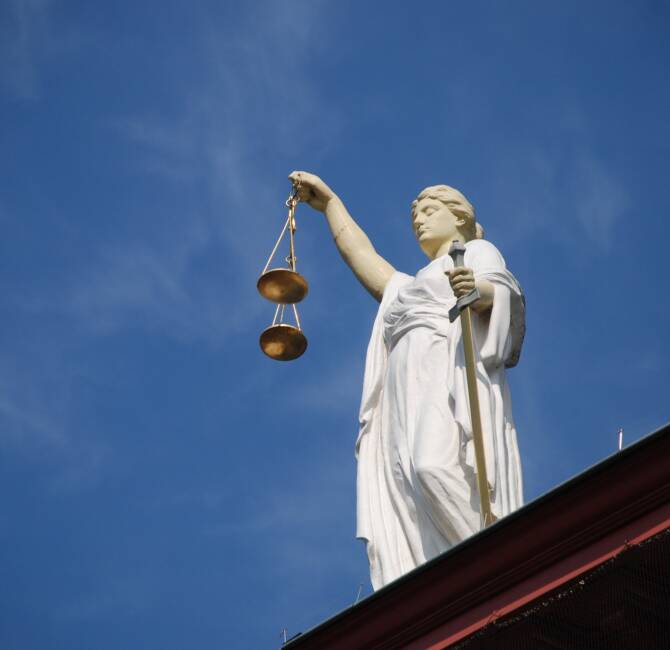