Poland – Paolo Gentiloni, European Commissioner for the Economy and former Italian prime minister, caused turmoil and anger in Poland when he explained on 1 September that one of the reasons why the Commission has not yet approved the Polish recovery plan – which is a condition for the release of Next Generation EU funds – is that the Polish Prime Minister has referred the matter of the primacy of EU law over the Polish constitution to Poland’s Constitutional Tribunal. Gentiloni told a group of MEPs that the Commission had decided to block these funds, suggesting that they would remain blocked until the government of Mateusz Morawiecki withdrew its referral.

Gentiloni’s colleague in charge of justice, Belgium’s Didier Reynders, had already provoked strong reactions in June when he wrote to the Polish justice minister asking for the referral to the Constitutional Tribunal to be withdrawn by the Polish government.

Today, however, if we are to believe Gentiloni, who spoke before the European Parliament’s economic and budget committee,

the Commission is no longer at the stage of making requests but of blackmailing Poland with threats to withhold European funds.

The stake is about 57 billion euros, including 23 billion in grants and 34 billion in loans promised to Poland under the Next Generation EU recovery plan. Poland, like Hungary, is one of nine EU countries still waiting for the Commission to give the green light to their national recovery plans, but for both of the former countries Brussels is giving reasons related to the rule of law, media freedom and LGBT rights.

We are thus witnessing the implementation – without saying so – of the so-called European rule of law mechanism, that is to say the mechanism making the payment of European funds conditional on respect for the “rule of law” and “European values”. This is happening in spite of a joint declaration signed by the leaders of the EU-27 in December stating that the Commission would not use this mechanism until the European Court of Justice had ruled on its legality in relation to the EU treaties (which the ECJ has not yet done).

Speaking about the recovery plan submitted by Warsaw, whose approval by the Commission is necessary for the release of funds promised to Poland, the former Italian prime minister said:

“The fact is that we are not yet there, that the discussion is continuing. We know that this is about the requirements of the regulation and about the country specific recommendations and also the discussion, as the Polish authorities know very well, includes also the issue of the primacy of EU law and the possible consequences of this issue on the Polish recovery and resilience plan. ”

After having postponed the case several times for procedural reasons, the Polish Constitutional Tribunal is due to consider on 22 September the question of whether rulings of the ECJ can be enforced in Poland in areas which have not been subject to a transfer of sovereignty by virtue of the European treaties ratified in accordance with the democratic procedure provided for in the constitution, which means those rulings come in violation of the Polish constitution. This is about whether EU case law can extend the EU’s fields of competence without a new treaty or changes to the Polish constitution.

Earlier, on 16 August, Poland backed down from the Commission’s ultimatum concerning the Disciplinary Chamber of its Supreme Court.

Despite the ruling in mid-July by its Constitutional Tribunal that the ECJ has no jurisdiction to suspend the functioning of a Polish judicial body or order its dissolution, the Morawiecki government – as had been announced earlier by PiS leader Jarosław Kaczyński – promised Brussels that a new law would be passed in the autumn that would lead to the abolition of this disciplinary body from the Polish judiciary in its current form. On 5 August, the First President of the Supreme Court had already suspended the functioning of the Disciplinary Chamber again shortly after lifting the suspension following the Constitutional Tribunal’s ruling.

Rather than calming the situation, the Polish government’s retreat seems to have encouraged the Commission to continue the arm wrestling match it has engaged in with Poland,

encouraged in this by the attitude of some Polish judges who are in revolt against the reforms passed by the PiS parliamentary majority since 2017. Thus, the “old judges”, who are in the majority in the Civil Chamber of the Supreme Court, have just submitted new preliminary questions to the ECJ – that is to say questions concerning the interpretation of EU law – on the legitimacy of the appointments of new judges after the PiS reforms (including their colleagues in the Civil Chamber) when the case they are supposed to rule on concerns… prohibited clauses in mortgage loans granted by Polish banks in Swiss francs. Normally, as per EU law, the ECJ should reject such questions on the interpretation of EU law that do not directly relate to the case under consideration by the judges who raised them, but in the case of Poland it has been accepting them in order to interfere with Polish judicial reforms.

In this context of permanent conflict fuelled both by the European Commission and by a group of Polish judges who do not accept the PiS reforms that have restored some dose of democratic control over the judiciary,

the statement by the Italian social democrat Gentiloni has infuriated Polish Justice Minister Zbigniew Ziobro. At a press conference, Ziobro accused the EU commissioner of attempted bribery, as he is asking Poland to give up its sovereignty in exchange for the recovery plan’s billions of euros.

Ziobro also recalled that last year he had warned Prime Minister Mateusz Morawiecki against accepting the “rule of law mechanism” and of the danger that this mechanism represented for Polish sovereignty and for the respect of European treaties as ratified by Poland.

However, the leader of the liberal opposition and former president of the European Council, Donald Tusk, put the entire blame on the Polish government and the PiS leader, saying:
“Jarosław Kaczyński’s irresponsible and stupid policy is causing dramatic harm to Poland and all Poles. Today, the European Union is withholding billions of euros in aid, which our country needs like oxygen. It is only holding them back because PiS is destroying the Polish rule of law and the European legal order. Poland did not get the Marshall Plan because we were a country illegally ruled by the Communists. Instead of Western help, we got Soviet order. Today, the situation is starting to look similar.”

On this issue, the left stands alongside the liberals, warning of the risk of losing access to European funds and placing all the responsibility for the situation on the PiS majority.

But on the right of PiS, the coalition of nationalists and libertarians Konfederacja recalls, like Ziobro, that it had warned the parliamentary majority and the government against the rule of law mechanism, and also against the common debt contracted by the EU-27 to finance the recovery plan, which would make Poland jointly liable for the debt of countries that are poorly managed without even being sure of getting access to the EU funds itself. 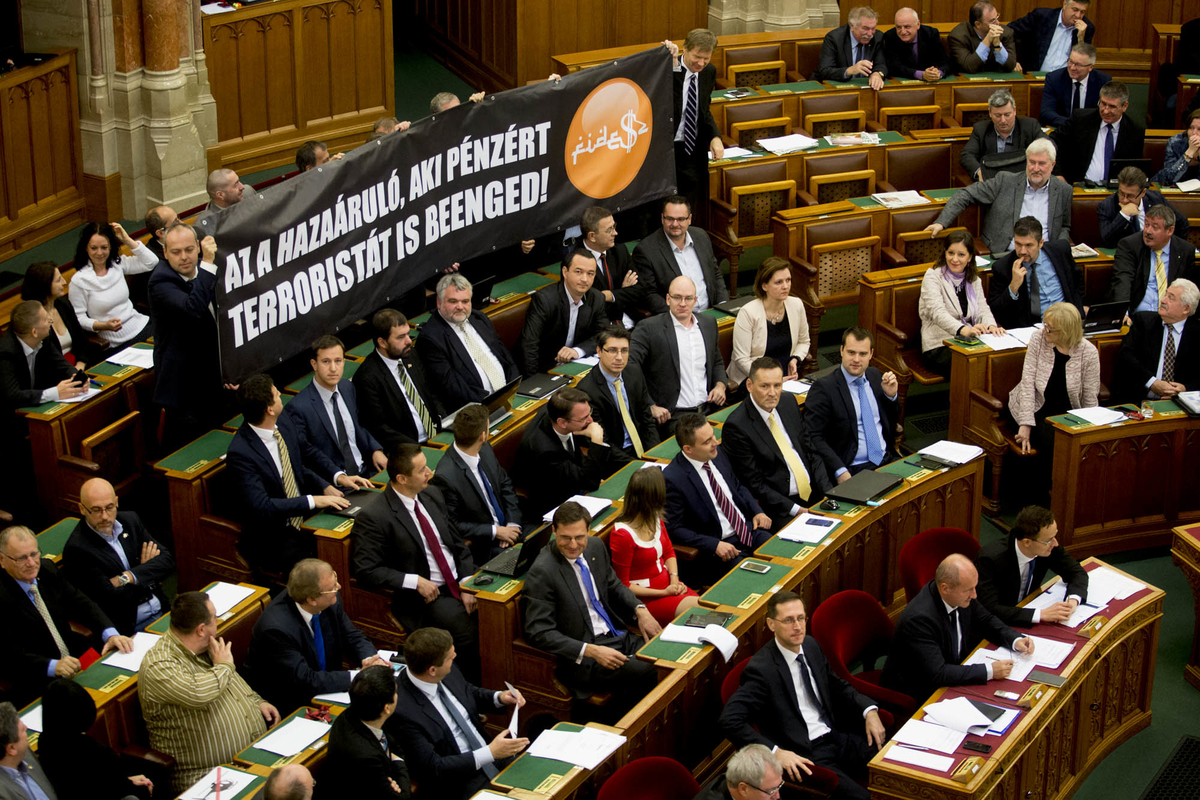 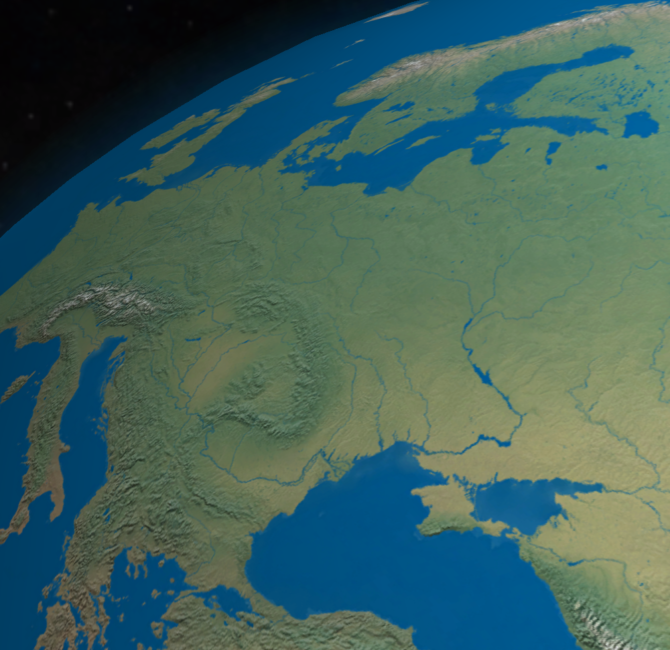