Poland/Belarus – The tension that had been growing for several months now at the Polish-Belarusian border suddenly reached a new height on Monday, 8 November, when hundreds of migrants – apparently mostly Iraqis – tried to force their way across the border near Kuźnica (Podlaskie), trying to destroy the temporary barbed wire fence with shovels and crowbars.

Numerous videos posted on social networks show the confrontation between migrants and Polish border guards on both sides of the fence, as well as columns of “refugees” progressing on foot along the Belarusian highway towards the border, something which could only take place  with the tacit, if not active, approval of the Belarusian militia.

According to Polish government spokesman Piotr Müller, between three and four thousand migrants were massed along the Belarusian side of the border on Monday, and the unstable situation was likely to deteriorate further in the coming days.

“The regime of Belarusian President Alexander Lukashenko is directing groups of migrants towards the Polish border in an organised manner”,

he explained, offering assurance that the Polish law enforcement agencies responsible for defending the border would only use weapons as a last resort:  “Using weapons is the last thing we want to do”, he said.

According to the Polish Ministry of Defence,

“The Ministry of the Interior’s services and the military succeeded in stopping the first massive attempt to cross the border. Currently, migrants have set up a camp in the Kuźnica area. They are under constant surveillance by the Belarusian services.”

“Today, at sunrise, together with the head of the Ministry of National Defence, Minister Mariusz Błaszczak, I visited our soldiers and officers guarding Poland’s eastern border. Soldiers, police officers, border guards, and the special services ensure the safety of Poles. (…) I can’t thank them enough for executing this difficult task. I wanted to be there so that they would feel that the Polish state will always be with them.

Among other consequences, the Kuźnica border crossing has been closed until further notice and travellers are being advised to use the Terespol and Bobrowniki border crossings instead. “The border crossing will be closed and road traffic will be stopped for security reasons”, Polish Deputy Interior Minister Maciej Wasik explained on Polsat News.

The President of the European Commission, Ursula von der Leyen, has expressed her support not only for Poland, but also Lithuania and Latvia, which are also being confronted with this migration crisis fuelled by Minsk: “Belarus must stop putting people’s lives at risk” she said, while Dutch Foreign Minister Ben Knapen said the fact that Lukashenko’s regime is “treating people as weapons in the fight against the European Union is dishonourable”.

As the Polish Presidential Chancellery stated, “due to the possible evolution of the situation”, Polish President Andrzej Duda, who had just met with his Ukrainian and Georgian counterparts, decided to cut his visit to Slovakia short and to change his schedule for the next few days in order to devote himself fully to events on the Polish-Belarusian border. 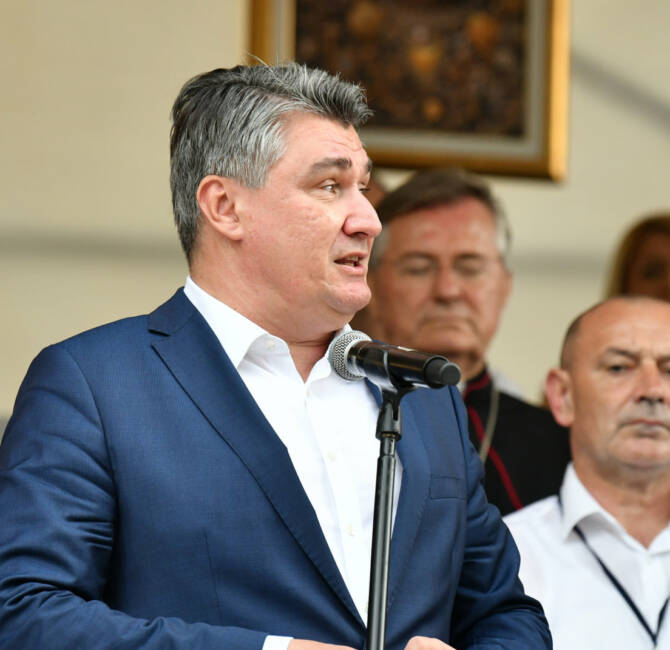