Poland – PiS leader and Deputy Prime Minister Jarosław Kaczyński was keen to react to rumours about the use of Israeli software to spy on opposition figures.

In an interview published on Monday by the Polish weekly Sieci, and which Do Rzeczy and wPolityce were already quoting last Friday, Jarosław Kaczyński talks about the rumours recently fuelled by the opposition that the Polish government had hacked the mobile phones of, among others, a PO senator and a prosecutor.

“A scandal out of nothing…”

The Polish Deputy Prime Minister denies any illegal use of the software by the Polish authorities: “It is yet another affair of the type of a ‘scandal out of nothing’. (…)

Pegasus is a program used by crime and corruption departments in many countries. (…) It would be a pity if the Polish services did not have this kind of tool.

(…) I think everybody would agree that various criminal groups have to be monitored, that crime has to be fought, and that surveillance tools are used all over the world for this purpose – when there are legal grounds to do so, of course, and always under the supervision of courts and prosecutors.

Poland has one of the strictest regulatory systems for these activities in Europe.”

As for the rumours about fraudulent use of the Pegasus software to spy on the opposition, Kaczyński adds: “Their authors take advantage of the fact that the people who have real knowledge about this cannot say anything, as they are bound by official secrecy. So I can only emphasize: the opposition’s stories about using Pegasus for political purposes are complete nonsense. Jarosław Kaczyński formally denies any such eavesdropping by PiS in the 2019 election campaign:

“All these stories from Mr. Brejza [a PO senator who was the head of the PO campaign team ahead of the 2019 parliamentary elections, ed.] are baseless. Nothing like that has happened. I remind you that he himself appears in the Inowrocław case, in a serious context, in relation to suspicions of serious crimes. It had nothing to do with the elections.”

Deputy Prime Minister Kaczyński concludes his remarks by stating loudly and clearly: “There is no Pegasus affair!” 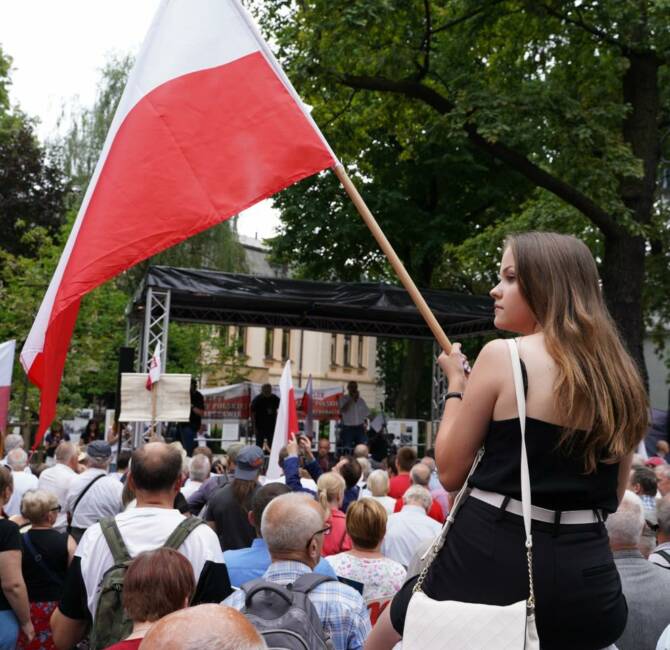