On 26 October, 2021, Hungarian leftist-liberal online media 444.hu reported that Magyar Jeti Zrt. [the company behind 444.hu, ed.] was going to launch a fact-checking site with the support of the European Commission and in collaboration with AFP.

The Soros networks and methods behind this project,

In 2020, the European Commission created a European Digital Media Observatory (EDMO), the purpose of which is to coordinate in Member States the centres and editorial teams in charge of fact-checking, and of “scientific research regarding the spreading of fake news and disinformation, as well as strengthening organisations concerned with advocating for the conscious consumption of media content as well as educating the general public in this matter.”

In Hungary, this EU project will manifest through the sites 444.hu and its partner Qubit. They will be the only ones to decide on what is fake news or not. Ferenc Hammer, head of the Media Univerzalis Alapítvány (Media Universalis Foundation) will be in charge of this project’s research coordination. According to the Open Society Foundations (OSF), the Media Universalis Alapítvány received $11,700 from the Soros Foundations. In 2018, Ferenc Hammer, in charge of the Media and Communication Department at ELTE University in Budapest, was described by one of his students as a teacher who did not hide his political opinions and spoke openly in class about an “Orbanian dictatorship” and praised the RTL Klub channel, which is opposed to the Hungarian government policies and belongs to the German press group Bertelsmann, as being the last pillar of Hungarian democracy.

Open Society on all levels

On Magyar Jeti Zrt’s Board of Directors sits Maria Nemcová, former Director of Programs at the Open Society Foundations in Prague. Maria Nemcová now works for the Media Development Fund (a Soros linked fund that also finances the Hungarian left-wing weekly Magyar Narancs), where she holds the position of deputy director of operations. This Hungarian fact-checking project will be led by a former journalist from direkt36.hu, an investigative pure-player supported by the OSF to the tune of $50,500 in 2016, $47,136 in 2018, $47,430 in 2019. In 2018, direkt36.hu acknowledged receiving support from international foundations, including the Open Society Foundations.

Fact-checking has become a hobbyhorse for George Soros-linked foundations, who fund a range of projects aimed at combating “fake news and misinformation”, such as the PolitFact.com project (Tampa Bay Times, Poynter Institute for Media Studies, close to the Center for Investigative Reporting, with ample financial support from the OSF).

Launched in 2013, via a break-up of journalists from the liberal website Index, this site has among its members followers of gonzo journalism and it stands out for its constantly provocative tone regarding Orbán’s government policies.

Although one of the site’s main authors, László Szily, defines 444.hu as being concerned with factual accuracy (which under Hungarian media law is rather true, the site being very rarely condemned for factual error) and declaring that they fulfil an informative mission as well as a counter-power for the common good, it is indisputable that the work of the journalists of 444.hu consists in mocking and denigrating, in a more or less subtle satirical tone, the government policy. Whenever appropriate, this site’s journalists make fun of the ruling coalition and, whilst striving to stay within the law, present their readers with the image of a corrupt, retrograde, authoritarian government.

Knock knock, Soros is back at it…

Thematic sections of the site deal with subjects such as the rule of law (in partnership with the Helsinki Committee or the Blinken Archives of the Open Society, i.e. offshoots of the Soros galaxy), or gender issues, on which the editorial staff’s position is quite clear and openly goes against that of the Hungarian government. A few months after its launch, 444.hu received a transfer of 49,500 USD, in support to their work. Having to acknowledge this financial support from billionaire George Soros, the 444.hu editor-in-chief explained to the pro-government daily Magyar Nemzet that this sum had been allocated to the development of a mobile application. Pro-government media often refer to 444.hu as a “Soros blog”, but the government is careful not to interfere with the media’s outspokenness, as 444.hu is practical proof of the very clear link between the Soros galaxy and part of the Hungarian media.

It is true that 444.hu does not have a direct link with any opposition political party, and indeed occasionally attacks the Hungarian socialist old guard and Viktor Orbán’s historical opponent, former Prime Minister Ferenc Gyurcsány. The site’s aim is clear: weakening anything that could hinder a change of government, dinosaur Gyurcsány and the last socialists being perfect cases of such hindrance. In short, 444.hu is daily proof that there is complete freedom of speech in Hungary for harsh, vocal and uncompromising criticism of the policies of the Orbán government.

In November 2021, this fact-checking project took shape with the creation of the site lakmusz.hu. The site’s first publications did not take long to arouse the attention of certain Hungarian conservative and pro-government journalists, in particular on the LGBT question, as the fact-checker intended to question the factual accuracy of statistics used by the Hungarian government concerning sex reassignment operations carried out on minors in Western Europe.

The Hungarian word lakmusz means litmus paper in English. This paper is used to determine the pH of a solution and of certain gases when moistened. Appliance repairmen use this paper to find out if the warranty for a defective appliance is applicable, the presence or absence of humidity makes it possible to determine the responsibility of the user in the breakdown. The name of the Hungarian fact-checking project therefore refers both to a scientifically accepted measurement tool and to a method of establishing or excluding an intention to deceive. It sums up the usual stance of leftist-liberal fact-checking: claiming to hold the truth and taking the role of moral arbitrator.

Since its launch, posts from the Lakmusz website have overwhelmingly been aimed at undermining the credibility of Hungarian government held political positions and defending globalist forces. This is the case in an article proposing to identify ten lies contained in the documentary produced by the American presenter Tucker Carlson on “Hungary vs Soros”, and also several articles questioning the policies that went against the scientific mainstream during the Covid pandemic.

A global project prior to the April 2022 elections.

Looking at the journalists that are part of the Lakmusz project and its sponsors, it is clear that the new fact-checker is just another medium in Hungary’s galaxy of anti-government news sites. These sites, whose weight in terms of visibility is equivalent or even greater than that of pro-government sites, like to describe themselves as “independent” and consider that they are invested with a mission of public interest facing off with pro-government media propaganda. The funding as well as the political affinities of the journalists working within these media or the tone used provide serious clues allowing us to deeply question this claim to independence.

In the case of Lakmusz, the misunderstanding is more complex. Fact-checking consists of putting factual accuracy in eminently political areas where scientific accuracy is questionable or even impossible (economic “sciences”, claims of LGBT civil rights associations…), whilst followers of this type of journalism pretend to ignore that less inexact sciences (virology, epidemiology) have become intermingled with highly ideological and political content.

One can wager that Lakmusz will strive in its publications to explain the factual accuracy of the following lines: the European institutions are on the side of good whereas the Hungarian government is on the side of evil, opposing mass immigration amounts to being racist, opposing the LGBT agenda (which does not exist) is a homophobic attitude, questioning the policy of freedom restrictions for health reasons is a conspiratorial inclination, wanting cooperation with Russia is proof that one is an agent of the Kremlin, etc.

Participating in the project 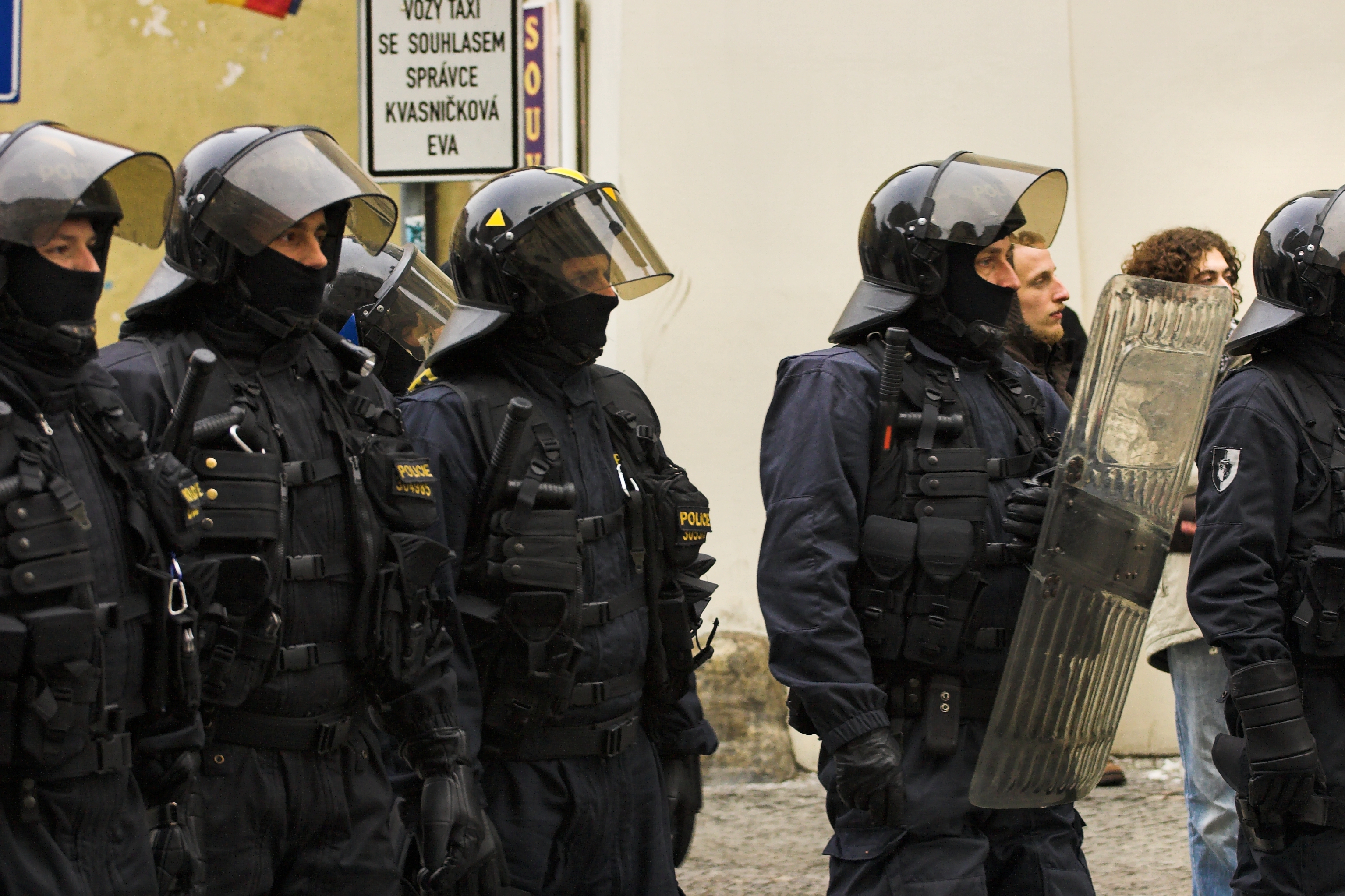