This article was published online by the Magyar Nemzet on 5 March 2022.

“The fight against antisemitism must take precedence over political commitments at home and in Germany,” wrote Slomó Köves in his open letter to Olaf Scholz. The chief rabbi of the Jewish association, EMIH (an affiliate of Chabad-Lubavitch in Hungary), asked the German chancellor whether he could imagine the antisemitic statements from Péter Márki-Zay (opposition alliance PM nominee) and Márton Gyöngyösi (Jobbik MEP) being uttered in Germany? Magyar Nemzet contacted the German chancellery in connection with the letter and will report if we receive an answer.

– wrote chief rabbi Slomó Köves in his open letter to German Chancellor Olaf Scholz. The letter, dated in February, was published in the German monthly, Jüdische Rundschau on Thursday. In his writing, Köves states that he has turned to Scholz, as well as the German public sphere and German Jewish community, because previously, Germany could “draw red lines” in cases of antisemitism.

Now however, the rabbi believes that the inconsistency allowed to certain Hungarian public figures is inseparable from the duplicity found in Germany today.

“The inconsistencies of the German perspective weaken the strength of the common fight against antisemitism throughout all of Europe which should outlast transitory political interests.”

The chief rabbi believes the German inconsistencies in the fight against antisemitism are not only a threat to just Germany, but to all of Europe as well.

Yet, as Slomó Köves writes, Germany had previously continuously demonstrated its commitment to European Jewish communities for decades; they were also consistent in fully supporting Israel and always stepping up against all forms of antisemitism.

In his letter, the chief rabbi also poses questions regarding Péter Márki-Zay to the chancellor whose social democratic-green-liberal governing coalition is in the same European party family in the European Parliament.

Would it be possible in Germany for the leader of the opposition to be keeping count of the Jewish members of the ruling party? Or to refer to a Fidesz consultant who passed away years ago as a homophobic Jewish consultant in a gay marriage?

(Though he is not named in Köves’ letter, Márki-Zay was most likely referring to the American political consultant, Arthur Finkelstein.)

He also asks the rhetorical question in relation to Márki-Zay’s statements at his Fonyód election forum. As was reported, the leftist PM nominee –alongside the far-right Jobbik’s Ádám Steinmetz – said that their alliance was a “rainbow coalition” which represents liberals, communists, conservatives and fascists alike. Márki-Zay also added that any man with a backbone can represent his own opinion.

Referring to the 2012 quote from Jobbik’s Márton Gyöngyösi, Köves asks another question. Could it be imagined in Germany, that a representative of a 16 percent party would say at a plenary session of parliament: “It is time to assess the number of people of Jewish descent living here, and especially those in our government, who pose a national security risk to Hungary”?

“Would it be possible in your nation for this person to be the vice-president of his party nine years later and to have a significant role in the leftist liberal opposition alliance?”

– asked the chief EMIH rabbi of Scholz. The letter alludes to the antisemitism surveys conducted in Germany and Hungary among other countries; however, Köves notes that “the situation can not merely be assessed based on surveys, but in its current context as well.” According to the studies, about 20 percent more in Hungary seem to have antisemitic views than in Germany – yet Hungary only reported 34 antisemitic crimes in 2020 while Germany reported 2275. In an interview with the Jewish-focused newspaper, Neokohn, Slomó Köves said of his letter to Scholz: “In a sense I see some parallels between German and Hungarian public life and I wanted to draw the attention of German and especially Jewish German public figures to those parallels. While politicians declare their commitment to the Jewry, they sweep anti-Israel manifestations under the rug – not to mention the perceptible deterioration of security in the Jewish community. If German consistency on this matter becomes questionable, it will have far-reaching consequences. The fight against antisemitism must take precedence over transitory political commitments at home and in Germany,” he said. 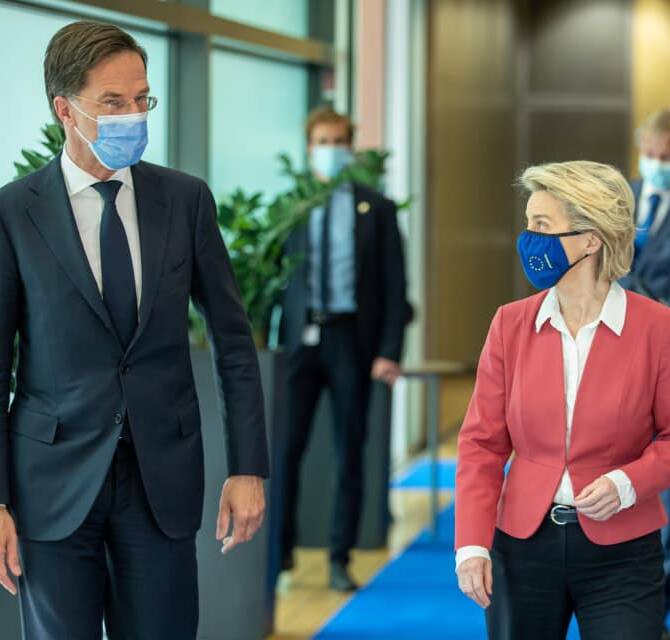