As its name suggests, Grain from Ukraine is a programme designed to support Ukrainian grain exports – largely hampered since the beginning of the Russian aggression – in particular to the poorest African countries that are heavily dependent on Ukrainian grain for their basic food supply. According to Ukrainian President Volodymyr Zelensky, as quoted on Saturday, 26 November, by the British daily The Guardian: “Up to 60 Ukrainian grain ships can be sent by the middle of next year to some of the world’s poorest countries in Africa.”

Symbolically launched last weekend on the occasion of the commemoration of the 90th anniversary of the Holodomor – a great man-made famine caused by the Soviet authorities in 1932–33 in Ukraine that resulted in the death of 2.6 to 5 million Ukrainians – the Grain from Ukraine programme is being organised by government entities, NGOs and private companies, and the first three ships will soon leave the Black Sea port of Odessa for Sudan, Somalia, and Yemen.

It was on this occasion that Katalin Novák and Mateusz Morawiecki, along with the Belgian and Lithuanian Prime Ministers, Alexander De Croo and Ingrida Šimonytė, met in Kyiv at the invitation of Volodymyr Zelensky, a visit during which the Hungarian president struck a hopeful tone: “2022 was the year of war, 2023 should be the year of peace!”

For his part, the Polish PM, who also attended the Lublin Triangle (Poland, Ukraine, Lithuania) summit on the same day in Kyiv, said, as quoted on the following Monday by Polonia Christiana: “Today, Russia is bringing death, starvation, and hypothermia to the civilian population. We stand shoulder to shoulder with our Ukrainian friends and partners and will always support you.” He also emphasised the still very real threat that Russia represents: “Europe saw the threat from Russia too late. Therefore now it cannot be late with aid to Ukraine. This war will end when we take back every home, every school, every hospital and every road. (…) Poland, and I’m sure also Lithuania, will support Ukraine as long as it is needed.”

Belgian Prime Minister Alexander De Croo struck a similar tone, announcing: “We stand by the Ukrainian people, more than ever.” 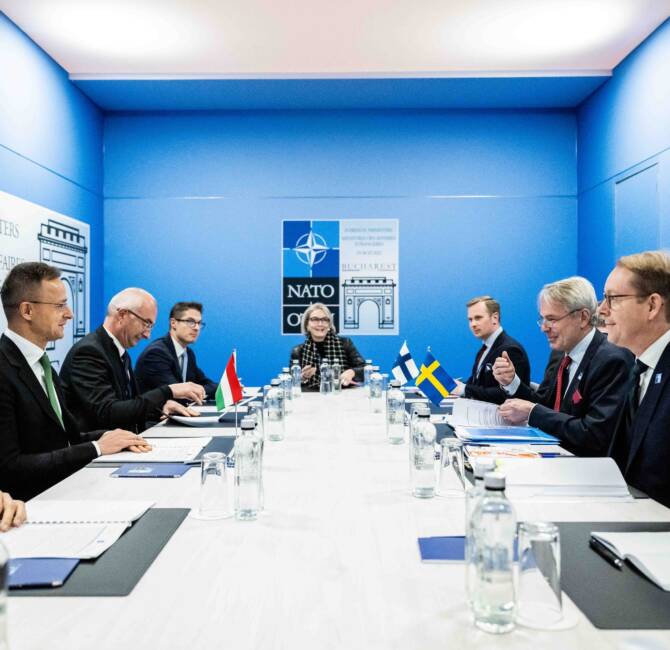