Dr. Nicolae Ţăran is a former professor of Economics at the Western University of Timișoara. During the 1990’s he was one of the leaders of the Romanian democratic forces opposed to president Iliescu’s socialist party. He left the political scene in the early 2000’s but kept a significant public profile as a professor and columnist. He is a dissident voice in the Romanian journalistic blogosphere as a critic of US interventionism and has a favorable position regarding the restart of Euro-Russian relations. He has been a publicist for the internet Romanian version of the pro-Russian page The Voice of Russia. Unlike many analysts of the mainstream media, Prof. Ţăran has not been afraid to tackle the hardcore national problems of Romania, such as historical underdevelopment, depopulation and other structural problems.

Bogdan Radu Herzog is a blogger and economist specialized in international relations, living in Timișoara. He conducted this exclusive interview for the Visegrád Post.

A harsh but useful interview, to better understand some social and political aspects of actual Romania.

Bogdan Radu Herzog: Professor, I’m doing this interview on the behalf of the Visegrád Post, a media project started by friends from other Central and Eastern European countries. We think that we know too little about countries that geographically are very close to us, and whatever we know comes through the mainstream media. Maybe the reason is the language barrier.  This is what we are trying to change. So let me begin: why isn’t Romania part of the Visegrád group?

Dr. Nicolae Ţăran: The explanation lies in the interests of some groups that have led Romania in recent years, groups derived entirely from the Ceaușescu regime and who installed at the top puppets as president and prime ministers.

BRH: Puppets for whom? For these groups?

BRH: These groups did not have an interest for us to be in the Visegrád Group?

BRH: And isn’t it paradoxical that today the countries that make up the Visegrád Group have a better relationship with Russia, at least the Hungarians?

Dr. Nicolae Ţăran: Sure. But the decisions there are based on reason, not on personal interests. There, the government of the 90’s was much more radical in terms of the relationship with the USSR, they wanted a fracture in this relationship. Romania did not want that. In the situation that was created, Bucharest behaved in a traditional way.

Dr. Nicolae Ţăran: It signaled left and turned right, a common rule for Romanian politicians. They did so because their interests were such. They redirected the country into a very risky, unprepared way, there was no strategy, no plan, and those sent to the West to negotiate accepted a status well below the one negotiated by those in the V4, that negotiated with the cards on the table. Bucharest negotiated behind closed doors in order to satisfy just the interests of the plutocracy who had taken power in 1989. When the private and state media began making pro-Western propaganda about the advantages of joining the EU and NATO, the Romanian public opinion, extremely credulous and unprepared, unaware about the risks of joining, actually accepted it with credulity.

It was at that moment that an extremely violent propaganda campaign started, against Russia this time, not the former USSR. Russophobia has reached some alarming rates in Romania even in a country where this political strategy has been used since 1848. But what exists today is unprecedented. Every day, the official and private media transmit only negative news about Russia, falsifying information and keeping the anti-Russian propaganda at very high rates. Historical events are being invoked, for instance the problem of the Romanian Country Treasure, sent to Russia in 1917. But let us not forget that Romania was westernized due to the tsarist Russia.

BRH: Why are you saying that?

Dr. Nicolae Ţăran: Why did the Romanian gendarmerie appear in 1852 due to the Organic Regulations imposed by the tsarist state to the two Romanian principalities which at the time were politically part of the Ottoman Empire?

Dr. Nicolae Ţăran: Yes, and they modernized, europeanized Romania by force in the early and mid XIX century.

BRH: Can we say that the Russian aristocracy took over the European aristocratic standard after the beheading of the French aristocracy in 1789?

Dr. Nicolae Ţăran: The Russian aristocracy was a conservative one completely compatible with the Austrian one. tsarist Russia was an autocracy, and the aristocracy had an enormous role in society, in culture, …

BRH: Is Romania today much closer to colonial status than the V4 countries, which have their own standpoints? In our country there is a total lack of a sense of direction from the inside. Are we taking the road that is drawn for us by other centers of power?

Dr. Nicolae Ţăran: I was just saying that the pro-NATO and the EU propaganda has created a huge credulity in Romania, but after 9 years in the EU and over 10 years of NATO, it volatilized and many Romanian understand the extremely high risks and costs that this status implies. What I mean: the Romanian society during the Ceaușescu regime had recovered a little of the large gaps, I mean as far as the social structure and income distribution were concerned. The traditional Romanian society was a society in which most of the population was poor, there were hardly any middle class and very few wealthy Romanians.

This highly asymmetric society was totally annihilated by the communist regime through a dictatorship of development in which 6 million people became industrial workers, although the parents of these people lived in huts. Let us not forget that in the interwar period, 80% of the families in Dobruja, Muntenia and Moldova were living in huts. The villages had no schools, there were no dispensaries, the illiteracy rate was immense. There was a conservative, orthodox, and fatalistic society that accepted this condition and the Communism was an opportunity for many of these people to recover very quickly the backwardness, and the Romanian society was modernized extremely fast.

But unfortunately this progress generated many serious problems. There was no natural process based on stimulating the people’s motivation, but a forced process. The interwar elite had been destroyed and I do not mean the cultural one, but even the technocratic one and the violent change of the social structure led to a leveling of incomes, of social statuses with all the related risks. After 4 decades this construction collapsed mainly due to the people’s lack of motivation for work and for personal qualification.

BRH: Coming back to the present…

Dr. Nicolae Ţăran: We are currently witnessing something that has not happened anywhere in Europe in these proportions. Romania is going back to its past. After 1989, those previously mentioned interest groups emerged, very well structured at all levels. These groups “privatized” the state property for personal gain in an untimely, completely ineffective manner. The former socialist enterprises were pulverized because there was no work motivation, no culture to act as a binder for the former employees. This is the unfavorable heritage of the old regime. The people who were no longer forced to work simply robbed. So not only the large groups at the center, but also those at the base of society. Let us not forget the way people went to sell in Serbia or Hungary goods stolen from factories.

BRH: A total lack of strategy. This only solved the problems for a month or two…

Dr. Nicolae Ţăran: Something like this did not happen anywhere else. Perhaps the forced modernization triggered a backlash and the people went back to the things that they knew, but the result of  this de-structuring process was the fact that Romania turned back. Present Romania looks more like the interwar Romania than the one during the Ceaușescu period.

During the Ceaușescu period, the average level of income was very close to that of the V4 and Bulgaria was more backwarded. Currently, Romania returned to the interwar period ; the statistics say that Romania has the lowest median of the EU 28. More than half of its population, 10 million, live on less than €160 / month. If we refer to Bulgaria, their median is €280 / month, in Hungary €330 / month, in Poland €500 / month, the Czechs and Slovaks earn €700 / month.

BRH: So we have even liquidated our middle class and skilled workers?

Dr. Nicolae Ţăran: Yes, we are a society where half the population is poor, and the other half is not far away from this level.

BRH: There are several clusters of prosperity – Bucharest, Cluj, Timișoara.

Dr. Nicolae Ţăran: But this is almost all. If we consider the salaries, they are higher than that in Bulgaria, but the median income is much lower if we consider the structure. In this context, why is joining the EU a failure – because old problems have arisen in addition to poverty, for instance the rural problem. During Ceaușescu’s period a redistribution was attempted. Currently we have returned to the traditional situation – there are 3.6 million farms but only a few hundred thousand farmers in the true sense, people who sell the product of their work, the rest are subsistence farms in which 7 million people work with an extremely low yield. They own on average 5 hectares and consume half of what they produce, they hardly sell anything.

This unsolved, frozen problem, returned violently, plus there have been problems which Romania has not met before. In the past in spite of all the dysfunctions related to the living standards, the village was a functional, cultural community, with its own meaning of life, today the capitalism of the XXIst century, the consumerism, destroyed the Romanian village. Villages have become huge retirement homes, young people have left to work in the West, children without parents, pulverized families, low birth rate. 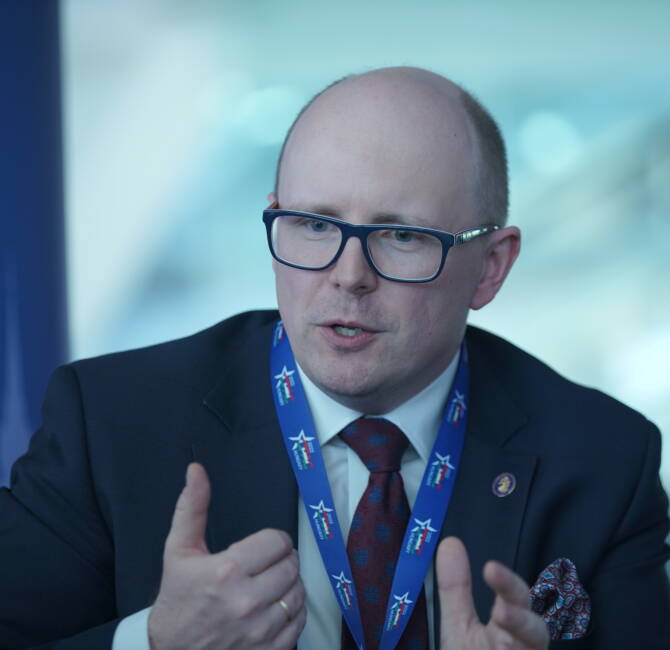 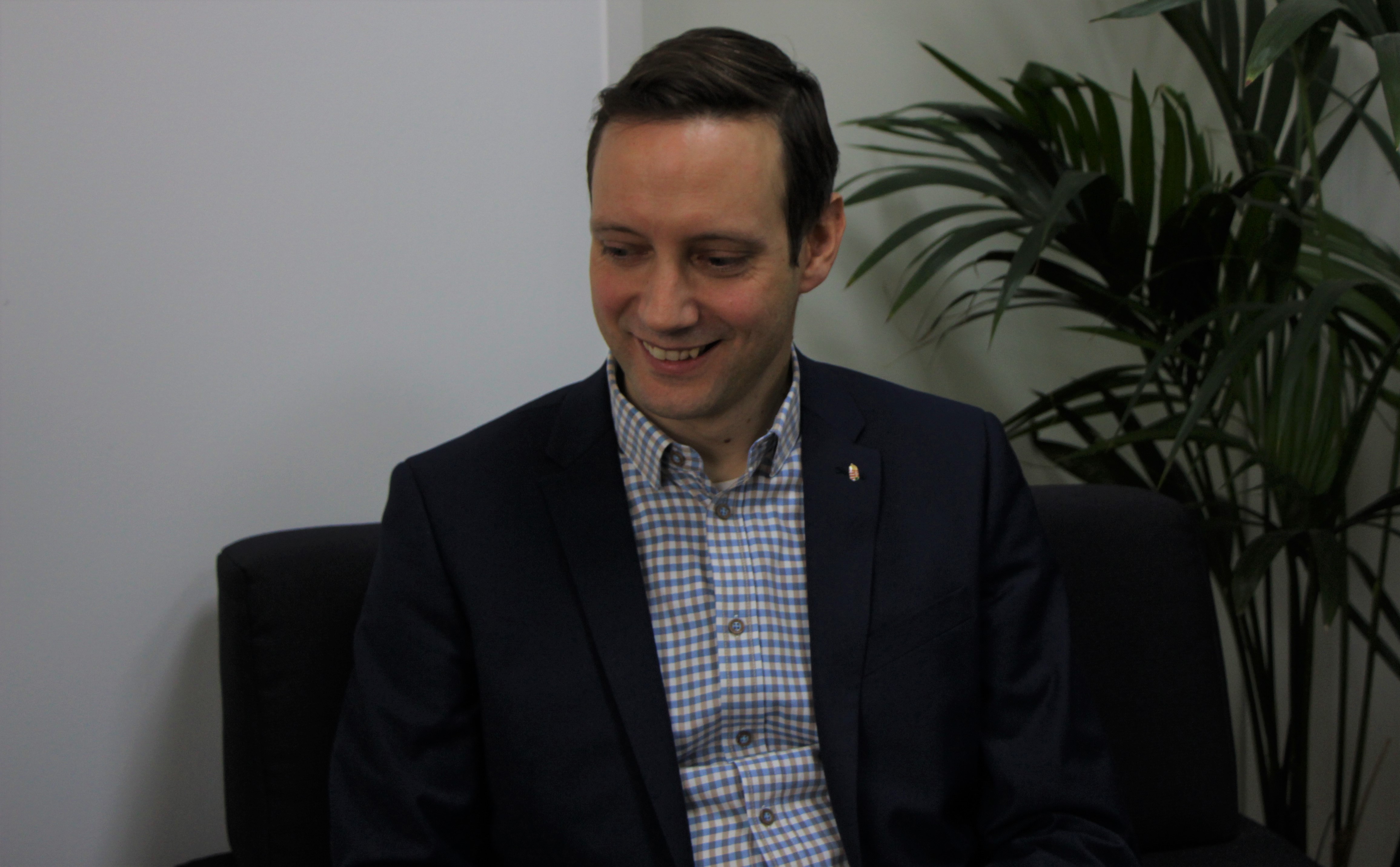