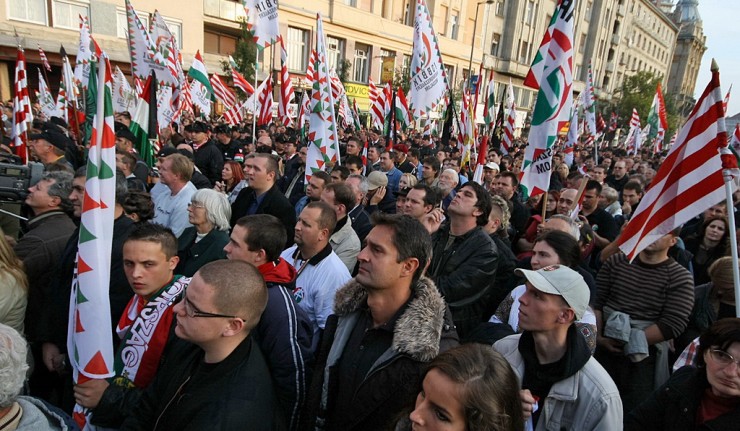 Hungary, Budapest – Generation Y in Hungary is largely disinterested in politics, but is in favor of Jobbik. 15-34 interrogated and interested in politics are favorable to 53% in the Hungarian populist party. The international study Millennial Dialogue showed that the majority of young Europeans are satisfied with their life, however, among the four countries that had been studied, Hungary is where young people say the most they are unhappy. They are three times more likely to be dissatisfied with their life in Hungary than in Poland or Bulgaria, and almost five times more than in Austria. While the 15-34 are “optimistic” to 84% in Poland, they are only two-thirds to be in Hungary. The material conditions seem to count significantly in their judgment. Generation Y also turns his back on the traditional parties, preferring to invest in volunteering or NGOs rather than in political careers. And interest that Hungarian young people have in politics is remarkably low. 28.6% of 15-34 say themselves to be interested in politics, which is even regionally a particularly rate. According to nol.hu, studies conducted by the Magyar Tudományos Akademia Politikatudományi Intézet (Institute of Political Sciences of the Hungarian Academy of Sciences) show that the three words mostly associated with politics in this generation are “corruption”, “lie “and” fraud “. Only 60% of 15-34 would vote for sure, while 20% would abstain. And their votes would go to 53% for the radical populist party Jobbik, which they consider 35% as the one understanding the better the situation of youth, followed distantly by the green-liberal LMP party with 12% and in third position by ruling party of Viktor Orbán, Fidesz, with 10%. According to experts, the popularity of Jobbik among 15-34 is due to the party’s clean image, without corruption scandals. Jobbik is now the second largest party in parliament. Founded in 2003, the party has had a bad reputation for a decade, and is conducting a de-demonization policy to prepare the 2018 election, becoming decidedly a populist party aiming to convince beyond its traditional electorate. 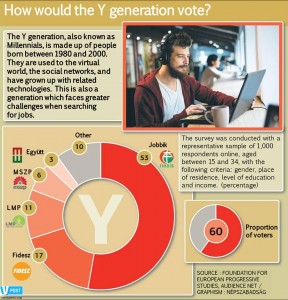