EU – The NGO European Alliance for Human Rights in North Korea (EAHRNK) reported that companies are employing North Korean workers in a semi-legal way – see their report about the Polish case. Their salaries go directly to fuel Kim Jong-un’s regime.

The death of Chŏn Kyŏngsu in 2014, a North Korean who worked on a Polish shipyard, the Crist Shipyards in Gdynia, contributed to start the investigation of the EAHRNK. The man worked 12 hours a day, 6 days per week. His salary was the minimum to survive and the only trip he was authorized to do was to go to work and go back home. Still according to the NGO, these conditions are imposed by Kim Jong-un and are systematic for the North Koreans that work in a foreign country. Chŏn Kyŏngsu was never given an employment contract. Chŏn Kyŏngsu burnt as he was welding pipelines, a Polish colleague helped him and he went to a hospital with 95% of severe burns over his body. The body was sent back to his family in North Korea with 637 EUR.

The work permits that are delivered are totally legal, but the work conditions aren’t. The North Korean embassy in Warsaw said that nobody was taking their salaries. But a worker said anonymously to the EAHRNK that “a manager told us that foreign companies employ us because we cost no money, and that they cut the price for the trip, gas, electricity, from our salaries. They never told us how much we were paid.” Also, the ambassy took their passports, and give them back only for exceptional situations, to go to the hospital for example.

According to another testimony, to work in a foreign country, North Koreans have to be married and their wife and children to stay in North Korea, so the country keeps the control upon them. NGOs estimate that, only in Poland, there are between 500 and 800 North Koreans working, mostly employed at shipyards and constructions sites. Also, in Poland, “there are no distinctions between nationalities and categories of workers, meaning that there are no extra procedures required for North Korean citizens” say Jacqueline Sanchez-Pyrcz, director of the Department of Foreigners at the Masovian Voivodeship in Warsaw. So the system is authorized by Polish law. North Korean workers are employed in many other European countries, such as Malta, Czechia, …

On the 6 July, the United States imposed penalties for serious violations of human rights on North korea. For the first time Kim Jong-un was directly affected by these economic sanctions. According to Remco Breuker, a professor of Korean studies at the University of Leiden : “What is going on in Malta and Poland directly contravenes national and EU laws, as well as international treaties, such as that of the ILO. It also defies the sanctions against North Korea set by the UN and the EU, although it is debatable to what extent. All things considered, there should be enough reason for the EU to take an interest in the topic, but so far, this has not happened.”

Hungary Aims to Become Hub For Fighting Persecution of Christians 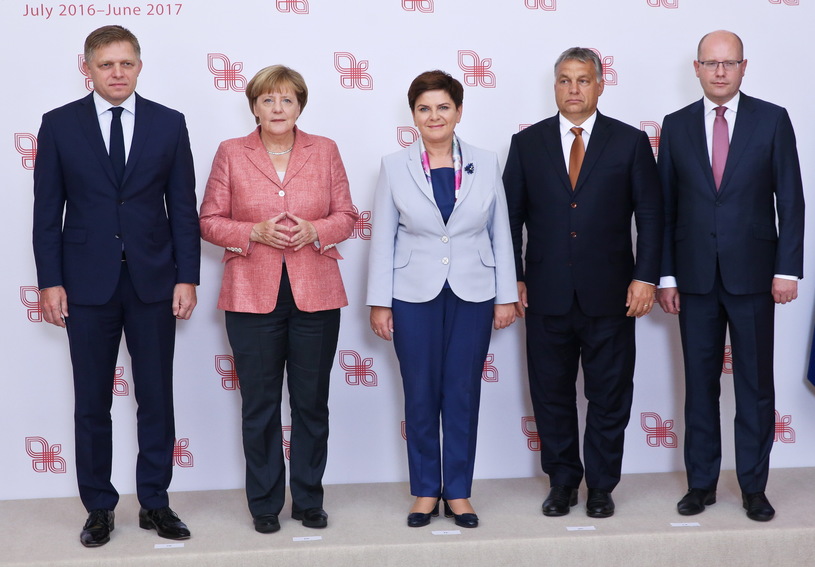 The V4 leaders and Merkel met to talk about the EU