Hungary, Budapest – The Foreign Affairs Ministers of the V4 (Poland, Hungary, Czechia, Slovakia) met in Budapest on August 29. According to the Hungarian host, Péter Szijjártó, the V4 is strong enough to tell out loud the truth not caring about political correctness.

The V4 is “in the best shape at the best time”, said the Hungarian Minister, pointing out EU’s big challenges. He added that in that time of turbulence, the V4’s common voice sounds louder and the V4 reached the point to be a European key player in the talks about Europe’s future.

The Foreign Ministers pledge for unity

According to Mr. Szijjártó, one of the secrets the V4’s success is the common respect between members and the fact that none of the member state has opposite interests with the other three members. He stressed that “this is a historical peace” in Central Europe, and that never Central European countries have been that much interested in each other successes.

The Polish Foreign Affairs Minister, Witold Waszczykowski, told Poland considers important to increase the number of common training between V4 members’ military. The Visegrád group has a role in the European and regional security, he said. The Polish Minister also talked about the Brexit, underlining that talking about the future of the EU should not be a taboo. Mr. Waszczykowski told to his counterparts that Poland wants the European Union to be more receptive to national parliaments’ voices.

Lubomír Zaorálek, Foreign Minister of Czechia expressed in his speech that the Brexit is the first sign of a need for radical changes in the institutions of the European project. He then said the V4 proved itself to be efficient as a tool in order to serve the common interests of the members states and in particular to handle the migrant crisis.

Miroslav Lajcák, Foreign Minister of Slovakia spoke about the weight of the V4 and its recent consolidation. Then, the Slovak Minister explained that Europe should be united and listening to its people. He stressed that Europe should strengthen its global position, before adding that in spite of the Brexit, Europe has to keep strong ties with the United Kingdom. He continued by wishing no new fault line would appear in Europe. In conclusion, he told that the EU has two option in front of itself: it reacts for the interests of the people, or it sinks definitely in a crisis.

The V4 is becoming a major key player in Europe

One year after its “renaissance”, the V4 is more and more taken seriously even by big regional powers such as France and Germany. The so called “Weimar Triangle”, reuniting France, Germany and Poland since 1991 in the form of summit meetings, could presumably become a new “Triangle”, bringing together France, Germany, and the V4, changing seriously the role of Central Europe and giving a real weight to the Visegrád group, by indirectly recognizing it as a major key player of Europe, alongside with Germany and France.

On Sunday, August 28, during the meeting of the Weimar Triangle, France’s Foreign Affairs Minister Jean-Marc Ayrault agreed with the Polish Minister of Foreign Affairs Waszczykowski, stating that they “should understand the euro-skeptical positions”.

In a Europe full of doubts and stuck in a crisis of its own, with political elites seemingly unable to solve the situation, the V4 – quickly becoming a major key player on a European scale by the awareness of its leaders – is getting more and more strength and weight and intends firmly to protect its interests and the European values. 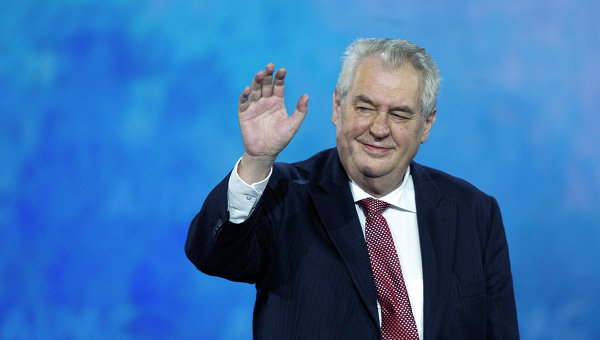 Slovakia calls for a decision about post-Brexit citizens