Poland – Interview with Wojciech Murdzek, MP of the ruling party Law and Justice (PiS) and former mayor of the city of Świdnica: “The EU should stop wasting its time discussing democracy and the rule of law In Poland!”, by Olivier Bault (interview conducted on December 12, 2016, for the Visegrád Post).

Wojciech Murdzek: At this stage, it is still difficult to distinguish between statements that are part of the electoral game and those that reflect a real determination. Poland, which has repeatedly expressed her desire to see her security strengthened by a more active US policy in the region, would not want to witness a policy change regarding the presence of NATO troops, particularly American, on her territory, whereas this presence is precisely in the process of being realized.

The question for us is therefore what will be the American policy under the presidency of Donald Trump in this field since nothing has changed in the hostile policy of Russia in the region and that the necessity of a military reinforcement remains topical. The desire to have US soldiers here is based on our belief that an attack on American soldiers based in Poland would automatically trigger an American engagement at our side.

We, as Poles, have a very deep-seated mistrust of Russia, which stems from our history. We would like to believe that it may be different with Russia, but in the meantime we have the feeling of having a mission to say to America and Europe: “Do not believe Russia”. In this case Russia of Vladimir Putin. The example of Ukraine shows the true face of Russia that appears at the first opportunity.

OB: Is the Smolensk air disaster and the manner in which the investigation was carried out an additional obstacle to the normalization of relations between Poland and Russia, or do you think it is unimportant ?

Wojciech Murdzek: I think this is an important factor, because it is used by Russia, for example, through her refusal to return the wreckage of the plane, to stir up internal tensions in Poland in order to weaken our country.

OB: Let us put aside the difficult Russian-Polish relations and talk a little about the European Union and the Visegrád Group. What is your view on the recent “cultural counter-revolution” project by Jarosław Kaczyński and Viktor Orbán?

Wojciech Murdzek: The term “counter-revolution” refers to a revolution that is ongoing and has been going on for several years. It is this remoteness of Europe from its European roots and the ideas that animated the founders of the European Community, a remoteness that leads nowhere. This is something that Poland and Hungary clearly perceive and that others are beginning to see and express. It is not a question of proposing something new or opposing the European Union, but of returning to a Europe of true values, to the Christian roots of Europe and to a Europe of nations.

It is clear that the construction of a federal Europe with a mixture of cultures and national histories into a single common mass is simply impossible. The recognition of these facts and the translation of this recognition into concrete joint proposals of the Visegrád Group is a new breath. The novelty is not to propose anything else but rather just willing to return to the European values ​​and traditions which we refuse to see dilapidated. It is therefore a novelty rooted in history and tradition.

OB: I know that your activity as a deputy has led you to take an interest in Polish-German relations. What do you think about this relationship at the moment? Can we speak of deterioration of these relations in the context of the very critical tone of the German media towards the Polish government in place?

Wojciech Murdzek: What the German media is doing is indeed a dangerous phenomenon. I can give you an example that was told to me by a group of young Poles who had gone for an exchange with a German municipality. The official representatives of this municipality expressed their sympathy and their hope that the present Polish “regime” would soon come to an end.

This statement surprised and shocked those young Poles who feel they are citizens of a free Poland and a free Europe whose lifestyle is very similar to that of young people elsewhere in Europe. It is clear that this appalling situation was the direct result of a monolithic media information that does not give the Germans a complete picture of what is happening in Poland.

I do not call into question the right of the German media to have their own opinion, but I find that they do not present honestly, in addition to their own point of view which is that of our most hysterical opposition, Point of view both of the Polish government and the Polish citizens who support the government and the parliamentary majority, and are even for some very happy to live at last the current changes.

The lack of pluralism in the presentation by the German media makes their information completely partisan and leads to such dramatic judgments about Poland that are disconnected from reality. The challenge for us is to get our vision of things to the grassroots citizens in Germany because, as far as the German political class is concerned, it is more aware that the way things are viewed in their media is biased and that in any democratic country there is the point of view of the rulers and that of the opposition. We must ask ourselves how to make the image given abroad of recent events and changes in Poland more complete.

OB: Some argue that the hostile attitude of the German media would come from the fact that German interests in Poland, in particular economic ones, would be threatened by the policy of PiS aiming to defend national interests.

Wojciech Murdzek: We are all aware, because there are objective studies on this subject, of the number of media in Poland belonging to German groups. Such domination of a foreign country in the national media is undoubtedly unprecedented in Europe. It is obvious that these media groups are trying to defend their position as any company would do, and they use all the tools at their disposal for this, hence this biased information on Poland governed by the PiS.

And then Europe is wasting its time with great discussions about democracy and the rule of law in Poland. The Polish opposition seeks to attack our government by the EU and uses the fuel provided to it by the European media and that the political friends of our opposition take at face value due to a lack of critical spirit or connivance. As if there were not at the moment any more important problems!

OB: How do you explain the attitude of this Polish opposition that wants to be “total”? I am thinking in particular of the call for civic disobedience launched at the beginning of December by a part of the opposition and the pressure exerted on Brussels to sanction Poland.

Wojciech Murdzek: It is indeed a dangerous attitude, which tramples the democracy that it claims to defend. It is very paradoxical for someone to say that he defends democracy while he fights to defend his position and defend financial interests that may be threatened or that certain individuals and groups of people do not have to report violations of the law and abuse of power of the past recent years.

Why make big speeches about democracy? It has already been a year since our victory and it remains three years before the next elections. If the opposition has ideas and proposals to repair the errors of its eight years in office, and to do better than the present government, rather than attack us day after day, it should present its proposals to the Poles, and try to convince them in order to win the next election. But if the opposition’s proposals are limited to abolish the anti-corruption office (CBA) or the Institute of National Memory (IPN) because of their disturbing investigations, this is unlikely to interest Polish society.

In order to regain the confidence of citizens, it is necessary to work hard and make positive proposals, not to claim to fight for democracy by denying the right to rule to those chosen by a majority of Poles in democratic elections. This has nothing to do with not agreeing with the policy of the parliamentary majority. We can have totally divergent views, but calling civic disobedience to legitimate power is a totally undemocratic attitude.

OB: Do you think the interventions of the European Commission and the European Parliament favor the resolution of this conflict between Poles?

Wojciech Murdzek: The European institutions have themselves said several times that this is a conflict which must be resolved by the Poles themselves, and in these circumstances the fact of repeatedly speaking in favor of one of the parties in this conflict is of no help, quite the contrary.

The European institutions should discuss common problems, which concern all EU countries. There is no reason to waste time and energy on problems that European political leaders themselves acknowledge that they can not solve for us. These are problems that must be solved in Poland, within the framework of the structures of our democratic state. 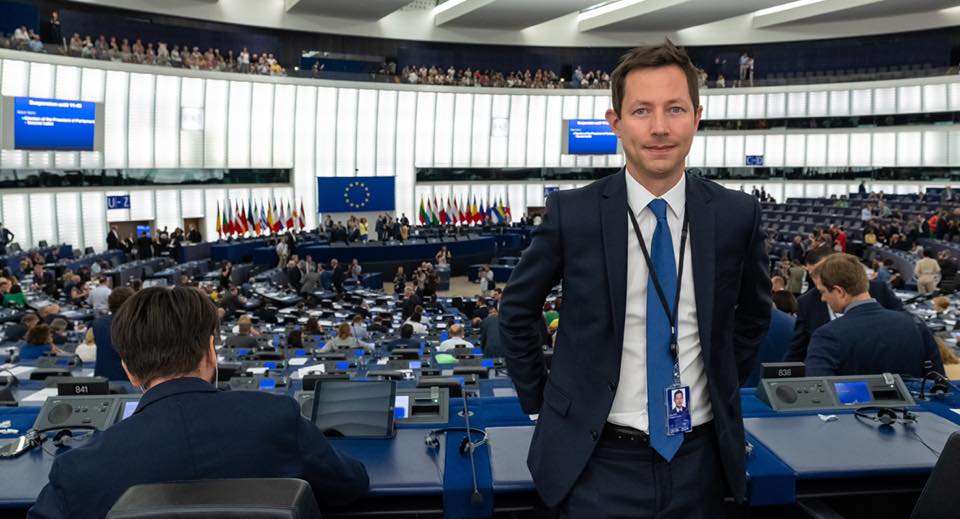 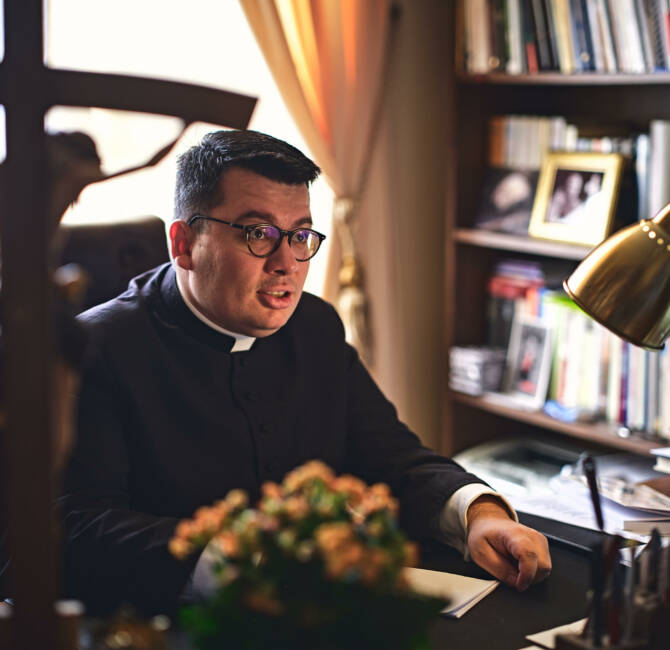 Father L’ubomír Urbančok: “Here too a powerful influence pushes us towards secularization and liberalization”