Romania – A series of relatively important demonstrations took place in the Romanian capital and some other provincial cities. About 50,000 people (according to the authorities) protested on February 1, 2017, against the new government appointed following the December elections. It is the most important demonstration since December 2014. Unprecedented, the President of the Republic, Klaus Iohannis, openly supports these demonstrations. Some speak of “tineriad”, recycling to the term “mineriad“, but this time referring not to minors but to young people, tineri. The writer Modeste Schwartz gives us his analysis of the events.

To eliminate from the outset any simplistic polemics: yes, a sizable portion of the political staff of the Romanian Social Democratic Party (in power since last December, in the form of the Grindeanu government) is “corrupt” – meaning: they are guilty of taking bribes, abuse of public funds, etc.) as is the entire Romanian political class – without exception! –, and as indeed is (as the Fillon affair now demonstrates) nearly the entirety of European political class. The self-proclaimed captain of the “crusade against corruption” that the European media is currently seeking to frame as a “youth revolution”, the 57-year-old Klaus Johannis (president of Romania), prior to his entry into politics, was a high school physics teacher in his hometown of Sibiu. At that time, a high school teacher in Romania earned less than 300 € / month. This same Johannis (of which evil tongues whisper that he would be the son-in-law of a former high-ranking officer of the communist secret police) owns seven houses in Sibiu (a prosperous tourist town, beautifully restored, where real estate prices are at a premium) and declared, while somehow keeping a straight face, having purchased them on income (otherwise undeclared …) he received from giving private lessons!

As for the new party “United we Save Romania” (USR), which presents itself as the great generational and cultural alternative (unfortunately, totally devoid of any real political program outside the famous “anti-corruption” mysticism), its charismatic leader, the French woman (married to a Romanian) Clotilde Armand, recently stated that she “regrets” having pocketed vast funds “for advisory activities” from the multinational Bechtel corporation, which built in Transylvania one of the shortest and most expensive highways in the history of construction.

Consequently, assuming that Romanians emerge from the political apathy which remains their majority attitude, one would expect “non-political” protests, demanding such changes as amending the constitution, a complete replacement of political personnel, direct democracy, or whatever. This is not the case: the 50,000 protesting “Romanian youth” (official figure, probably overestimated – but, would it be true: the government in place owes its legitimacy to … 4 million ballots – amounting to 80 voters for one protester …) demand explicitly, and increasingly violently and illegally, the fall (and even the banning) of the PSD; as for the alternative in power they are thinking of (during those incredibly rare occasions in which they do actually think), the presence in the ranks of the demonstrators of President Johannis (initially brought to power by the National Liberal Party – PNL, now the main party of the opposition) and USR leaders leaves little room for doubt. The “young, handsome, and free” (according to their own rhetoric) want to replace a corrupt political staff backed by a strong democratic majority by a corrupt political staff with barely any democratic base whatsoever. How can one begin to explain such dementia?

We see that the above question must be split in two, leading to the description of two sets of motivations:

To answer the first question would require a short treatise on the history and anthropology of Romania, which I shall try to summarize in a later article. For the time being, let us confine ourselves to a very general conclusion: born and raised in a de facto colony where their political behavior (by vote or demonstration) has never had the slightest impact on the real conduct of their country and/or their living conditions, young Romanians literally do not know what politics is, and drool like Pavlov’s dogs to the provocations of professional civil society agitators to participate in these tribal rites of collective purification branded as anti-corruption street festivals.

Answering the second question, on the other hand, requires much less intuition, interpretation, concepts, and philosophy. Indeed, it is sufficient to be informed of the recent steps taken by the Grindeanu government, and of the program of government which it intends to implement in the coming months (which are all in the public domain, but carefully ignored by the Western-controlled Romanian press and almost all of the foreign press) to understand that the Reich-Chancellor Merkel simply cannot accept such a mutiny, or even condescend to negotiate with the mutineers, but requires exemplary punishment – if necessary, according to the methods tested in Kiev.

The Grindeanu government, before adopting those amnesty decrees (objects of much whining to the “young, handsome, and free”) which, contrary to what one reads here and there in the controlled press

the Grindeanu government, during the ten days that separated its recent inauguration from the passing of said decrees, did not rest. During this period of just over a week, it has taken significant measures, including:

Not only do these two measures “set a bad example” for all southern and eastern European countries feeling the temptation to shake off the yoke of German ordo-liberalism and to turn to growth policies, but they directly affect the German capital. Germany (i.e. the Bavarian capital and its Austrian auxiliaries) has recently become the main external investor in Romania, followed by France, while the United States (still very present in the early 2000s) seemed, from the presidency of Obama and his Asia Pivot, to be passing the button. The high profitability of these investments (Romanian companies generally presenting a double rate of profit compared to the euro zone average) is mainly based on the unrestrained exploitation of a slave labor force (with a minimum wage precisely calculated in such a way as to allow the miserable survival of an individual without a family and with no rent to pay – the Romanians being, as most Eastern Europeans, usually owners of an apartment in poor condition redeemed from the state at the beginning of the 1990s), resulting in very low social and geographical mobility, an unprecedented demographic decline and the highest emigration rate of non-African countries in the world (higher than that of Syria – including the war period!).

So far, however, I think it would have stayed in the field of the negotiable: some tax gifts to the big German “investors” (like E.on Ruhrgas, who took control of the former state gas monopoly in Transylvania, charging German gas prices to the population for the gas it buys cheap… from Russia), and Munich would have calmed down, leaving as always the small fish and the French investors to pay the expenses of the new policy (the French, however, very present in retail, would not complain too loudly about Grindeanu seeking to add steroids to the purchasing power of the Romanian middle class …).

But here’s the thing: the odious PSD government also plans to create:

Here, from the point of view of the colonial metropolis, one enters the domain of the non-negotiable. By such a measure, Romania simply plans to unilaterally challenge the status of an extractive colony (source of practically free raw materials and inexpensive migrant labor) assigned to it in the present world order, claiming – if not complete sovereignty, of which it does not have the military means – the status of a productive colony comparable to that of Hungary (where the average wage is about 50% higher, and which suffers less population bleeding to migration).

Thus, here’s who’s revolting right now: Germany, as a colonial metropolis, is revolting against the democratically elected government of Romania (regardless of its numerous charges of corruption – no more and no less than the previous ones or the following ones, or, indeed, those of Europe at large) and seeking to overthrow it by means of a putsch uniting the efforts of the German political foundations (F. Adenauer, F. Ebert, R. Luxemburg) with those of the Soros-financed “civil society” – which, this time , does not even bother to pretend to be apolitical or “trans-partisan”, brazenly calling to call back the government of former European Commissioner Dacian Cioloş, a “technocrat” never elected by anybody, imposed without a parliamentary majority by Johannis in 2014 as the result of a previous Bucharest “maidan”, and which has just been dismissed from power by a massive vote condemning its policy of the previous two years.

It must be said that the EU, now so vehement in its praise, had not facilitated Cioloş’s task: considering that it now controlled its Romanian plantation directly, the colonial metropolis had even decided to cut back a little more, as a result of which Cioloş’s record on the absorption of structural funds, for example, was even more catastrophic than the (notably bad) one of the previous governments. Here is the competent and virginal elite that the “young, handsome, and free” of A. Merkel and G. Soros are currently attempting to restore to power, in defiance of the popular vote. In the light of such developments, we can now consider as completed the EU’s transition (in its aims and methods) to a parasitic structure comparable to the infamous United Fruit Company in Latin America before the neo-Bolivarian revolutions. Death squads are not yet on the scene, but keep up the good work, Mr. Johannis: with effort, you can still become another Pinochet! 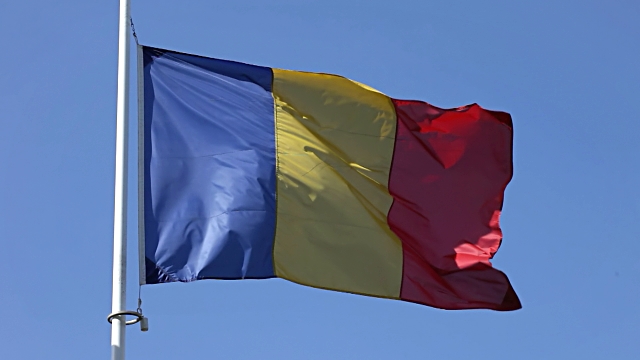 Romania: inventory on the eve of the Romanian presidential elections 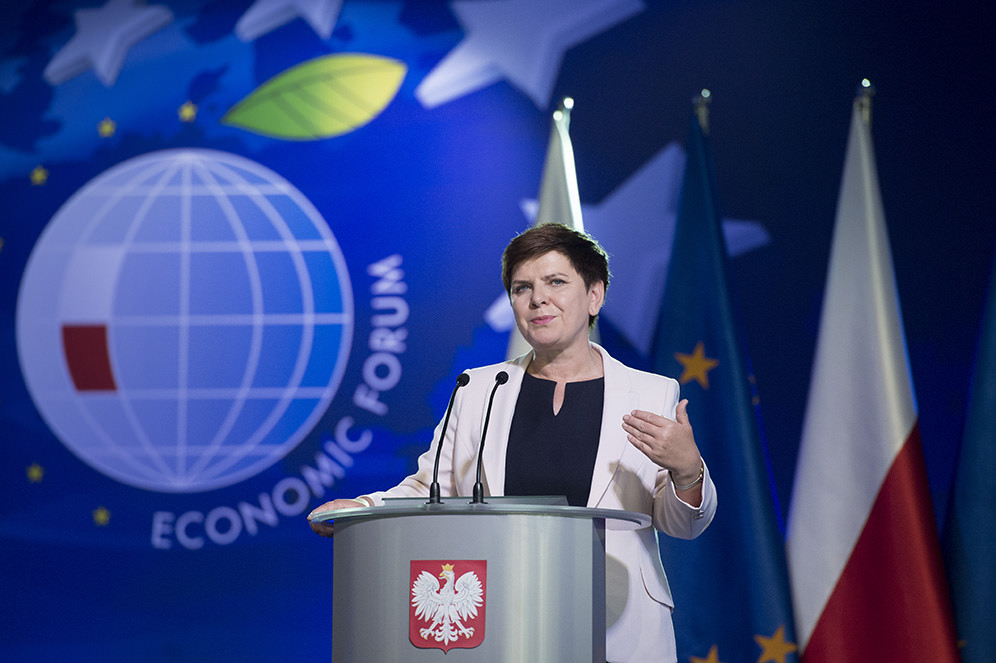