Czechia, Prague – Czech President Miloš Zeman, who is used to jokes and provocations against journalists, brandished a false war weapon on Saturday, with the writing “for journalists” on it.

During a press conference on Saturday, October 21, as the parliamentary elections ended, right-wing President Miloš Zeman waved a replica of AK-47 in front of the cameras. On the fake weapon, one could read “for journalists”, and see instead of the charger a bottle of Becherovka.

The fake machine-gun is actually a gift received by the president in the west of the country, and Zeman insisted during the press conference that those present in the room watch closely the inscription. This is part of a long-standing confrontation between the Czech President and the journalistic corps.

In 2002, Miloš Zeman had compared the media to a septic tank, before going on with qualifying journalists as being hyenas. Once elected in 2013, Miloš Zeman, during his first day in office, attacked some Czech journalists by saying they were “brainwashing people” and “manipulating opinion”.

This year in May, when he met his Russian counterpart Vladimir Putin, and being known as a friendly politician towards Russia and open to greater cooperation with Russia, Miloš Zeman allowed himself a joke about the many journalists present saying that they had to be “liquidated”.

In January, the Czechs will elect a president for a new term. Miloš Zeman is among the favorites. 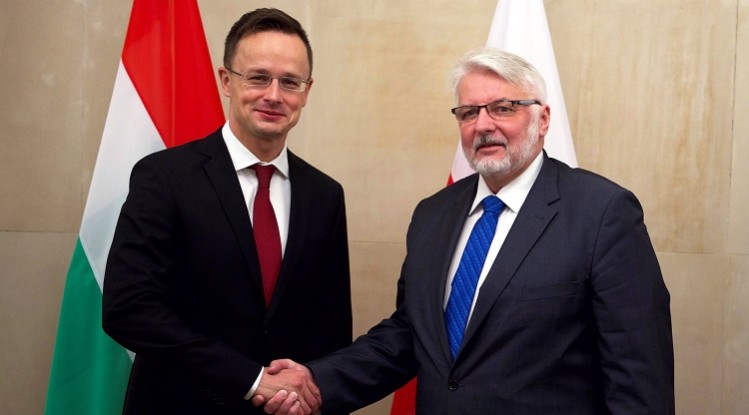 Visegrád cooperation “should be intensified”