Romania – On the 22th of January, Mrs. Cecilia Chirvăsuţă, a cardiologist working at the state hospital in the town of Tulcea (Eastern Romania) was sentenced to 4 years in jail for “accepting” from a patient an illegal extra payment of 1200 lei (roughly 300 USD) – a widespread practice in Eastern European healthcare systems, where practitioners generally earn 2 to 8 times less than their colleagues in Western Europe (while the cost of living, on markets now dominated by Western retail, tends to be the same). In the meantime, heterodox economist (and former minister) Ilie Șerbănescu has calculated that in 2017, in spite of a 7% GDP growth, the fiscal revenue from corporate income taxes was down 7% – which basically means that multinational companies (who represent most of the payers of income taxes in Romania – while smaller, most Romanian-owned, companies generally pay a turnover tax) have increased their “fiscal optimization” (a nice Neoliberal Newspeak translation of: tax evasion) by 14%, mostly by means of off-shoring through tax heavens within the EU. Needless to say, this “formidable theft” (to put it in Șerbănescu’s own words) was mostly “legal” technically, so that nobody is going to jail, and multinational corporation can keep plundering Romania without even fearing a fine. While Șerbănescu is generally depicted as a “Romanian nationalist”, his analyses has meanwhile been confirmed on a broader, Central-European scale by left-wing economist Thomas Piketty in a blog-post hosted by Le Monde.

This simple comparison may help you understand what the Western media local poster-child #rezist protesters – generally young people, sometimes with studies and work experience abroad, but hardly any life experience in Romania – basically fail to understand: during the past decade, the “fight against corruption” in Romania has been (relatively) successful only in curtailing indigenous and small-sized corruption. In other words: what the Western-teleguided reform has achieved is nothing more than suppressing the democratization of corruption, while also, marginally, imposing new standards of apparent legality to the continuously “vibrating” big corporate corruption. These are stories that even their own parents will probably not tell them, since, within the largely tribal framework of Romanian culture, the “success” of their migrant children abroad (or what said children report to them as a success – though the reality of it are mostly ill-paid underqualified jobs in Western European suburbs) is more important than the ever-deepening ransacking of their native country by Western corporate interests.

But of course, all Romanian are not “lucky” enough to have their children studying and/or building careers abroad, or not selfish enough to totally forget about those left behind, and this might explain why the recently published group photography of the new, Viorica Dăncilă-led Romanian government, strangely lacking the UE flags present on the official picture of previous governments, has created such a giant wave of on-line enthusiasm all over the Romanian political spectrum. No official statements are available yet, so that the absence of the starred tissue might still “turn out” to be a simple mistake – but it could also be a discrete test-balloon before the adoption of a more hard-line Eurosceptic position in Bucharest. Even hard-core Romanian nationalists, who, days before, still treated with defiance the appointment of MEP Viorica Dăncilă (who earned herself at the EP the fame of a leftist and a feminist) in replacement of M. Tudose, who, to superficial observers, seemed to be sacked for a rather clumsy anti-Hungarian remark on a TV show (though it is almost certain that, by then, his dismissal had already been decided), frantically hailed the new family picture.

As autism tends to be counter-productive in political communication, the “ultimate image weapon” brought up by the Romanian division of the #rezist army of corporate-Neoliberal rebellion – a “brave Frenchman from Cluj walking all the way down to Bucharest ahead of the January 20 big-time anti-corruption meeting” – turned out to be the ultimate seppuku sword, embodying the daily nightmare of rural Romania in the past 27 years: land- and bride-grabbing, paternalizing foreigners. In spite of all you may have read in the liberal press, anti-migrant feelings in deep-Romanian opinion are not fuelled by phantasms about a non-existing migration, but partly by the reality of a “white” and (formally) “Christian” invasion of Western settlers and land-grabbers. In any case, the “brave Frenchman” and his visually impaired fellow marathonists apparently failed to impress even the urban/liberal Romanian population, which chose to fight corruption at home on Facebook: on the streets of Bucharest, even the well-intentioned Associated Press couldn’t count more than 10 000 protesters (which makes it a maximum 20 000 countrywide). Judging by some drone pictures I have seen, the rest of the 70 000 reported upon by Hotnews exist only in the mind of former Băsescu stooges in desperate search of a new sponsor.

Though his unfortunate hang-the-Szeklers comment was probably not the main reason behind M. Tudose’s sacking (or, if there was a link, the cause-consequence direction was probably not the one generally assumed in anti-Hungarian discourse in Romania), it is worth noting that Viorica Dăncilă (who, by then, maybe already knew that she was to become Romania’s first female PM) was among the few Romanian top-politician issuing a public condemnation of Tudose’s rhetoric – which, taking into account that she comes from the same Southern region as PSD-chief Dragnea, might be an indication of how precious the (still consolidating) PSD-FIDESZ alliance has become to Dragnea and his Southern (now ruling) faction within the governing PSD.

It thus seems that G. Soros’ self-accomplishing Davos prophecies are already a reality in Romania: as I already pointed elsewhere, in his Davos speech, Soros, while expressing wishes for the reestablishment “a healthy two-party system” in the US, has officialised the end of the right/left divide in Europe, where, in order to please the Open Society guru, the right/left game needs to become subservient to the higher interest of “European values”, as they already are in France, where Macron’s Big Centre government, emphatically praised by Plutocratic Pope Soros in his Davos Blessing, is the closest European embodiment of an Open Society regime available today. In the French Open Society paradise, however, it has become official on January 21st that the law proposal which intended to make it illegal for politicians with a criminal record to run for public mandates will not be passed. That was one day after the last battalion of Romanian euro-naivety rallied in Bucharest around the French flag brought by the brave Transylvanian land-grabber.

So, who’s right? Șerbănescu, Piketty and… Chairman Soros at Davos, or those many expat-written Courriers singing neo-folkloric songs about national rivalries (even when that practically means compromising with right-wing irredentism) and the good old right/left divide? Before answering, don’t forget that one of the debaters has recently put 18 billion in the game in support of his view of reality. But for the reporting expats and other readers with less-than-optimal processing speed, let us just mention two clues: as revealed by the blog of a Transylvanian-Saxon regionalist, in 2014, Mihai “the rope” Tudose (as well as his boss V. Ponta) was still rather complacently toying with the idea of a Szekler autonomy. Then he suddenly became a fierce nationalist under God and the Expat Courriers, after being informed that he would be sacked anyway for infringement of the party discipline. Thanks God, the healing was as sudden as the illness, and Tudose’s much-awaited apologies came yesterday, February 2nd. One week before, however, C. P. Tăriceanu, President of the Romanian Senate, has become totally unapologetical about Soros’s role in Romanian politics, in which he publicly recognized “a threat on democratic institutions”. 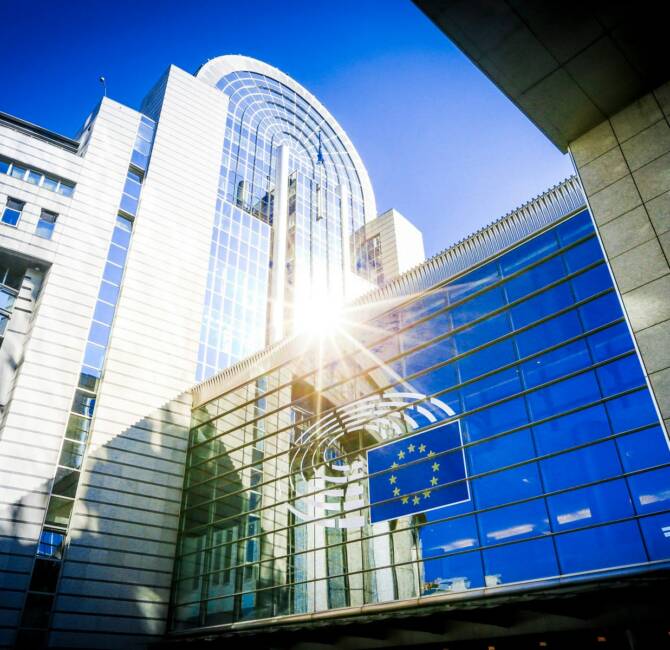